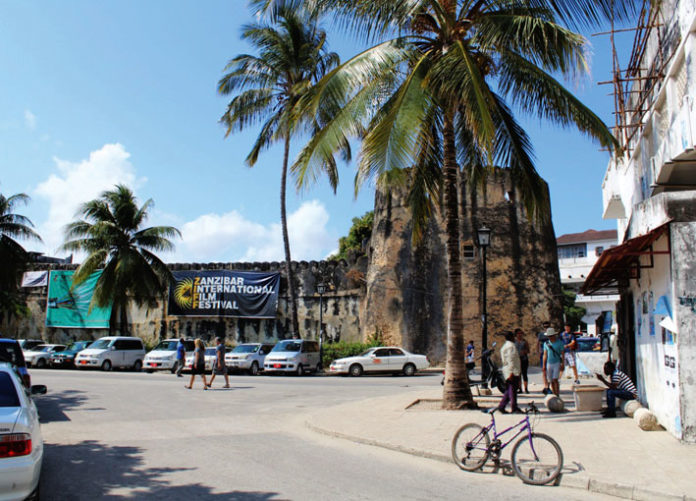 Every year the Zanzibar International Film Festival (ZIFF) bestows the honour of the Opening Night film on a new and noteworthy African film, and this year is no different. ZIFF is proud to announce that for Opening Night 2018, the festival will present the World Premiere of the Tanzanian film Bahasha.

The origins of Bahasha can be traced to the premiere screening of Media for Development International’s (MFDI) popular TV series, Siri ya Mtungi, on the eve of 2 December 2014. Following that screening, the Swiss Ambassador for Tanzania at the time, Olivier Chave, impressed by the series challenged MFDI to develop a film that confronted the issue of corruption, considered one of the most serious underlying challenge facing social and economic development of Tanzania.

This exchange led to the Embassies of Switzerland and the Netherlands providing seed funding for MFDI to develop the script for a feature film that would help to encourage social dialogue around the theme of corruption. To make the project inclusive, MFDI created a number of partnerships with Tanzania’s major anti-corruption stakeholders from government, civil society and the private sector.

The key partner in this project was the Prevention and Combating of Corruption Bureau (PCCB).

With generous support from the Swiss Development Corporation and The Embassy of the Kingdom of the Netherlands, Bahasha was filmed on location in and around Arusha, during November and December 2017.

The film was the directed by Jordan Riber and featured some of Tanzania’s most talented actors including Ayoub Bombwe, Godliver Gordian, Omary Mrisho and Catherine Credo.

“I am very excited and honored that Bahasha has been selected as the opening film for one of Africa’s most important film festivals. I am proud to be a part of the Tanzanian film industry at such an exciting time. The talent of Tanzanian actors and film crew has been so well showcased over the last few years, and I see a bright future in filmmaking for Tanzania. Ayoub, Godliver, Catherine and Omary are all world-class actors and their work in Bahasha is something that will no doubt make Tanzania proud.”

Bahasha is the story of an elected public official who betrays his family, friends and community when he takes an easy bribe. He learns the hard way and must now find the road to redemption.

With the theme of ZIFF 2018 being Speak Up and Be Heard, there could not be a better film to open the festival with in order to inspire and encourage constructive and open dialogue.