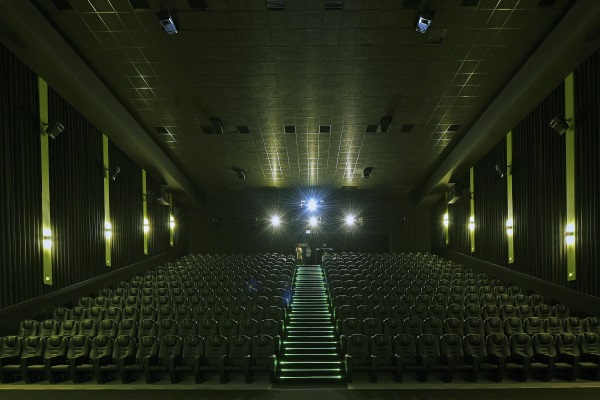 Nu Metro Cinemas has once again affirmed their lead in innovation to give South African moviegoers premium cinema experiences on par with the best in the world. Two new Xtreme theatres will open at Nu Metro Emperors Palace in Johannesburg and Nu Metro Galleria on the KZN South Coast towards the end of June and July, respectively.

Nu Metro Xtreme can simply be summed up as “Big Screens, Big Sound, Best Digital Quality.” It is one of Nu Metro’s top-tier cinema brands – along with their multi-sensory 4DX- and luxurious VIP-theatres. Xtreme theatres at Nu Metro are the most technologically advanced cinemas in South Africa – presenting moviegoers with the clearest and brightest images on extra-large screens, as well as 360-degree sound.

The new Xtreme cinema scheduled to open at Nu Metro Emperors Palace at the end of June will boast a Premium Large Format-screen that’s almost 3 storeys-high – one of the largest curved, silver cinema screens in South Africa. It will also feature a Barco phosphoric laser projector – delivering 4K Ultra HD visuals with a colour spectrum of around 70 trillion colours. It will literally make the movies come to life.

“Nu Metro’s Xtreme cinemas showcase movies as the filmmakers intended for them to be experienced. We have gone over and beyond the expected standards to source only the best and latest technology – from the best in screens, to advanced sound and digital projection – to give South Africans an opportunity to enjoy movies at the highest quality possible. With Xtreme, biggest is best! We are very excited about our complexes at Emperors Palace and Galleria joining the Nu Metro Xtreme-family – along with the six other Xtreme cinemas at Nu Metro nationwide,” explains Nitesh Matai, managing executive at Nu Metro Cinemas.

Dolby ATMOS reproduces the most realistic cinema audio, with over 52 “channels” of sound, played through a wide array of speaker outlets placed strategically throughout the cinema (including overhead) – moving beyond the confines of “stereo” or “surround” sound. Dolby ATMOS delivers full all-around sound; sound objects can literally be moved around in 3D space. Movies are specifically produced and mastered for the ATMOS sound experience – with most of the world’s filmmakers now embracing the vast potential presented by this next-generation sound system.

The JBL speakers being installed for Xtreme at Nu Metro Emperors Palace are tailor-made for Large Format-cinemas, with powerful digital amplifiers delivering sound of over 75kW.

In simple terms: it functions above-spec, and booms enhanced audio-power like no other cinema can! Couple that with very large cinema screens to inspire awe, and 4K UHD laser projection, and you have Nu Metro Xtreme.