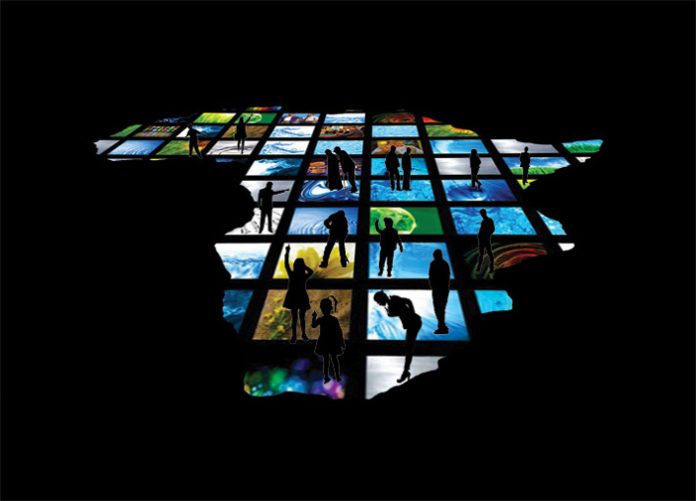 SCREEN AFRICA EXCLUSIVE: South Africa – and the continent of Africa more generally – is currently undergoing a broadcasting revolution. The astronomical rise of Over-The-Top (OTT) content, Internet Protocol Television (IPTV) and Video On Demand (VOD) services has already wrought major changes throughout the film and television industries, with all signs pointing to even greater innovation on its way in the coming years.

In this article, we speak to industry professionals about the quantum leap in broadcasting that OTT and IPTV have initiated, discussing the technologies that have enabled their development, their various benefits, and how we can expect the South African broadcasting landscape to transform further in the near future.

What is OTT, IPTV and VOD?

Although Over-The-Top content and Internet Protocol Television are similar in that they use the same mechanism (the internet) to deliver content to consumers, there are some key differences between them. The most important distinction is that OTT uses open, unmanaged and publicly accessible internet to deliver its services, while IPTV uses a dedicated, closed network – sometimes referred to as a ‘walled garden’. This means that IPTV setups require additional hardware, as the consumer needs a way to connect directly with the provider’s streaming services (usually via a set-top box).

Both platforms offer Video On Demand (VOD) services, which refer to the consumer’s ability to watch or listen to content whenever they choose (and on whatever device they have available), rather than at a pre-scheduled broadcast time.

This programming system is undoubtedly the most exciting thing about OTT and IPTV services, and the chief reason for its deepening impact on the entire media landscape. As Pierre van der Hoven, founder and CEO of the OTT company Tuluntulu – “a content distribution platform for TV and radio, focusing on the African content” – explains, businesses like his can now offer “a one-stop technology, content creation, content management, distribution, marketing and monetisation service.”

What has enabled the development of IPTV and OTT in South Africa?

According to Richard Boorman, head of Communications at Showmax, there are two key components that drive the uptake of OTT video content. These are “affordable devices capable of supporting OTT video, and affordable, ideally uncapped, internet data. We’ve seen this happen in waves across the world – North America, western Europe, and parts of Asia were amongst the first to get ubiquitous high-speed uncapped fixed data connections at home. At the same time, smartphones, tablets, smart TVs, media players like Apple TV, and gaming consoles all reached the point that they were both affordable and advanced enough that they could process video. As soon as both were in place, OTT usage took off in these regions.”

In terms of the local market, Stephen Watson – managing director of Discover Digital, whose VOD service is called DEOD – agrees that “greater access to broadband data and the qualitative advancement of internet connections through Fibre To The Business (FTTB) and Fibre To The Home (FTTH)” is the “first and most obvious answer” to the rapid proliferation of OTT services in South Africa and across the African continent more generally.

However, he points out that “this unfortunately does not yet impact the mass market segments, for whom FTTH is either unaffordable or inaccessible. This market segment remains reliant on mobile broadband data, which is expensive for the streaming or downloading of video content.”

This represents an enormous market opportunity, and Watson is confident that service providers will find ways to bridge the gap: “Soon the market will be littered with either zero-rated data or subsidised data for content streaming, downloading and other OTT services. Telkom and Cell C are already playing in this space with LIT TV and Black TV, respectively.”

How do VOD services benefit the film and television industries?

For Tuluntulu’s van der Hoven, “everybody benefits from more eyes watching more video content on more screens. For creators and producers, there are more opportunities and a growing market demand for video content. For consumers, the power to choose is increasingly in their hands – there are now many more options for consuming video content. For the industry in general, the use and consumption of video is exploding, and this will drive growth.”

Watson adds that “OTT platforms are opening up new distribution opportunities for creators, producers and brands that can be monetised via subscription video on demand (SVOD) and ad-supported video on demand (AVOD) models, but with the added benefit of real big data accumulation. Questions such as who watched, when did they watch, what device did they watch on, where did they watch it, all become known and – more importantly – further direct engagement with your viewers or fans becomes possible. This direct-to-consumer approach is transitioning the industry, not only for original content but even for sports bodies. Any broadcaster in Africa not offering an OTT service for their viewers to consume content on the move – on their mobiles, tablets, PCs and smart TVs – will soon become irrelevant.”

And Boorman goes even further when discussing the benefits of OTT to the television industry, discussing how the medium of TV entertainment itself has been transformed. “It’s hard to underestimate the impact of OTT video on both the art form of the TV series and on people’s viewing behaviour,” he says. “Twenty years ago each episode of a TV series was a self-contained story. Typically, within the constraints of a 40-45 minute time slot (the rest being filled by ads), a problem would emerge, the protagonists would have a setback, there would be an ‘aha’ moment, and then a final showdown in which the good guys always won. Other than the soapies, there was very little – if any – backstory from episode to episode. The reason for this was that these shows needed to accommodate people missing the episode when it first aired, and catching things out of order as they watched repeat broadcasts.”

“But then,” he explains, “along came OTT video and binge-viewing and everything changed. With the ability to watch multiple episodes back-to-back, and with the ability to keep returning to a series day after day until all its episodes (or even seasons) are finished, the complexity of the storytelling involved has changed dramatically. Think of series such as Breaking Bad or Game of Thrones – all of a sudden, two-hour movies seem limited and shallow compared to the complex plots in these shows that weave stories through multiple seasons, with incredible character development.”

How can we expect things to develop over the next few years?

When asked about the future prospects of VOD platforms, all three contributors were bullish about their outlook.

Boorman ventures that, “As affordable uncapped data options expand across South Africa and ultimately across the rest of the continent, we expect to see usage growing exponentially.” He adds that, as far industry-specific innovations are concerned, “enhanced video compression, to enable more efficient use of mobile data, would be a game-changer.”

In Watson’s view, “As the larger cloud-based services like Amazon, Google Cloud and Microsoft Azure become more accessible and present in the African market, the cost of content storage, content delivery network services and digital content workflows are plummeting, making it more affordable for VOD services to access the market. For example, we are launching our LIVE2VOD functionality this month, which essentially converts a linear programme just played out by a TV channel into a VOD asset on the fly. The programme can subsequently be streamed, downloaded or scheduled for download at off-peak times for consumers to enjoy. In addition, greater adoption of HEVC/H265 streaming protocols will decrease the broadband consumption and improve the quality of streaming services, too.”

Finally, van der Hoven echoes Boorman’s expectation of “exponential” growth over the next few years, and predicts that “the quality and popularity of local content will continue to increase, allowing ‘Africans to tell the African story’ themselves. User-generated content and new forms of content creation will further add to the impetus and growth of OTT platforms in South Africa and across the continent at large.”