Ultra-high-definition cameras require aperture settings that will let in the ideal amount of light. As broadcast resolution increases, so does this required aperture setting. When the ideal amount of light is achieved, the lighting reaches the camera’s digital sensors, optimising the field depth and minimising adjustments required from camera operators. While light quantity is very important for broadcast, light quality is perhaps more so, especially for live sport events. One critical aspect of light is how well it enables the accurate depiction of colours for broadcast.

Back in 2012, the European Broadcasting Union (EBU) devised a new system of assessing colorimetric quality called the ‘Television Lighting Consistency Index’ (TLCI). This was primarily set out to address the shortcomings of the way cameras interpret light, which slightly differs from how a human eye perceives it. The TLCI attempted to provide a more accurate prediction of colour fidelity of light source in broadcast setting especially with LED lighting in the HD and UHD (4K) world. The TLCI has become the preferred measurement for colour lighting accuracy in digital broadcast as it looks at a greater spectrum of light, including that which is captured by digital broadcast cameras, rather than only the light spectrum perceived by the human eye, as in the more traditional colour rendering index (CRI).

The biggest change we have seen in the industry that has impacted on lighting in recent years was the move from film to digital HD. This saw the fastest movie lenses linked to highly sensitive sensors so the overall light level required to get a good picture could be lower. Also, the emphasis for lighting directors moved more towards painting with small strokes rather than large swaths, a process that can be easily achieved with LED fixtures.

Compared to their traditional tungsten counterparts, there are clear advantages in creating lamps out of multiple arrays of LEDs or a single source LED. The fixtures create plenty of light, suitable for modern lenses and digital cinematography, and the highest quality products can be dimmed without colour shift. LED lamps also weigh significantly less than their tungsten equivalents, and consume a lot less power.

While LEDs offer demonstrable cost savings, producers, directors and designers have been reluctant to use them in the past, as some set ups using the technology were seen as either impractical, or did not offer the desired effect. LEDs are now able to project light over long distances and create a consistent colour temperature. Fixtures using LEDs offer a lighting technician full spectrum illumination in both daylight and tungsten colour balance. One of the key benefits for broadcasters is the low power consumption and good thermal dynamic design which combine to produce low heat output. This significantly reduces the air conditioning requirements, which not only brings significant cost and energy savings, it means more comfortable sets and happier talent.

Last year, the BBC carried out a quantitative energy analysis on its production lighting over a representative set of TV studios. This analysis indicated that there was a potential to save between 30 per cent and 50 per cent of production energy lighting costs, as well as reducing CO2 emissions. They calculated that savings could be made on energy use, cooling use and running costs by replacing existing incandescent production and house lighting with more efficient light sources. LED studio lighting recently implemented has knocked a whopping 80 per cent off their energy bills! If studios can save that much imagine the potential for stadiums and large sporting venues.

Towards the end of last year, Spanish soccer team Sevilla FC replaced their 720-spotlight field illumination in their 42,500-seater stadium with 360 x Philips ArenaVision LED lighting fixtures. In a joint press release, neither Philips nor Sevilla FC mentioned anything about energy savings, a prime motivator for most end users to switch from conventional sources to low power consumption LED lighting. Instead they emphasised that the high-quality lighting adhered to the latest broadcasting standards for 4K television – therefore the viewers will be able to see fine detail and watch high-definition super-slow-motion replays, without the flicker commonly associated with older conventional lighting systems. Their transition to LED lighting is giving them high saving returns with the added bonus of noticeable improvements in broadcast quality.

Playing surfaces that are illuminated with LED lights will appear brighter and crisper during a television broadcast. LED lighting improves the broadcast quality of a sports event by providing the playing surface with more uniform illumination, lighting colour temperatures that match the capabilities of broadcast cameras, and colour rendering indices that better replicate natural sunlight. Non-uniformity of illumination over a playing surface is a problem for both athletes and viewers who are watching a broadcast of the event. The first generations of metal halide and high pressure sodium sports arena lighting inevitably created brighter and darker areas on the playing surface. Those areas required athletes to adjust to lighting irregularities and created shadows that obscured athletic action in parts of a field during a broadcast. Unlike those traditional fixtures, LED sports stadium lighting can be configured to better generate uniform lighting over a large playing surface area, even into corners and edges of a field that were previously hidden by shadows.

LED sports lighting has evolved to create a near-perfect balance between warm and cool colour temperatures. Different types of sporting events might call for different colour temperatures (e.g. basketball benefits from warmer lighting, while hockey looks better under cooler colours). LED systems can be tuned to match the requirements of any event to facilitate the best possible conditions to broadcast that event. The LED lighting delivers numerous benefits over conventional lighting. For example, the lights can be turned on and off instantly whereas older metal halide lights have a long restrike period, meaning that mechanical shutters are required to control the lighting. LED installations include a control system that allows operators to switch or dim each floodlight individually. The controls therefor allow the club to present impressive entertainment lighting effects for pre- and post-match shows as an added advantage. The same controls allow the operator to tune the lighting wavelength to assist in grass regrowth when needed.

The benefits of LED lighting for sport broadcasts have been well documented. Modern LED lighting can be tuned to come closest to natural sunlight without adding any glare or distorting ultraviolet or infrared lighting spectra. Viewers who watch sporting events that are illuminated with LED lights will receive almost the same impression as if those events were played during daylight hours and under natural lighting conditions. Some of the biggest global broadcasters have already made the switch, in their studios, at outside broadcasts and for crews out in the field using LED lighting innovations optimised for all broadcast technologies and enabling the best viewing experience on advanced televisions and beyond… go technology go! 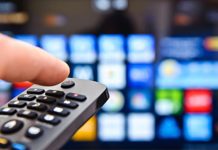 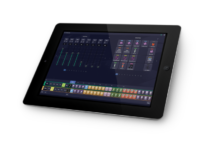