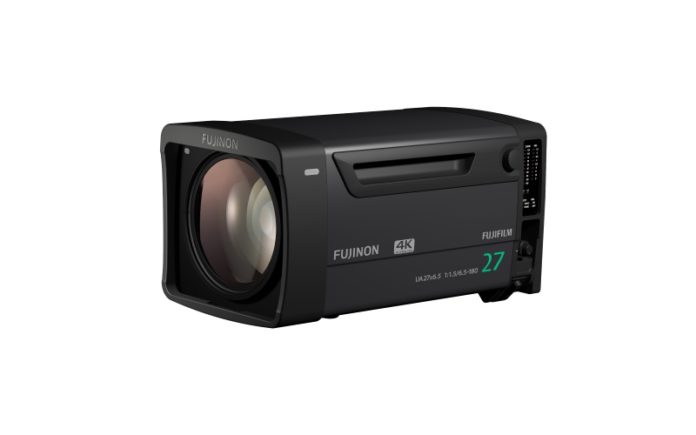 In September 2017, BBC Studioworks, a commercial subsidiary of the BBC, reopened its studio and post-production facility at the world famous Television Centre, incorporating some of the most state-of-the-art technologies in the UK studio industry. The three studios as well as the facility’s edit suites have already played host to programming for a range of broadcasters and production companies.

As well as installing a new fleet of 4K television cameras, screens and switchers, 22 Fujinon 4K HDR TV lenses were also installed, enabling productions to be shot in both 4K and HDR.

Elom Bell, procurement manager at BBC Studioworks said of the company’s decision to invest in new 4K lenses, “Television Centre needs to offer our clients the very latest technology, with full capability of hosting 4K and HDR productions. In the case of the lenses we provide, we need to ensure they last for many years to come. Fujinon delivered on time and spent a whole day on site, helping to test and configure all of the lenses”.

Marc Horner, marketing manager for Fujinon TV Lenses at Fujifilm UK, adds “Fujinon UA box and ENG lenses are simply the best on the market in terms of resolution and HDR capability. Light entering the lens is the first step in any production and anything that is lost at this stage cannot be recovered. This is why we have ensured our lenses contain the best technology to ensure every last detail is captured, and the blacks stay as black as possible.”

Since opening in September, Strictly Come Dancing’s popular spin off show, It Takes Two, and star-studded chat show, The Jonathan Ross Show, were some of the first productions to record at BBC Studioworks’  Television Centre facility.