Globecast, a global solutions provider for media, is hailing last year as one of its streaming successes after it completed a range of projects supplying a variety of services. These included: Ladies European Tour; The British GT Championship; Equestrian Endurance; and Star Sixes (football).

The Ladies European Tour (LET) is Europe’s leading women’s professional golf tour and formed as the WPGA in 1978. It has 324 members from 38 different countries who inspire fans at more than 20 golf tournaments on five continents.

Globecast began working with the tour’s television production partner U.COM Media, in 2016, extending the partnership across 2017. Globecast provided several services for each of the season’s events, highlighting the advantages of a single vendor approach. It supplied the satellite capacity covering the distribution of each event, that in turn was downlinked in London. The content was then transcoded and streamed live on YouTube.  In tandem, the live stream was delivered to a cloud-based editing platform, where the content was clipped and repackaged for distribution on social networking. Since then, Globecast has also begun offering this service with the availability of its liveSpotter short-form VOD content clipping technology.

Simultaneously, Globecast also turned the live transmission around for delivery to multiple satellites for full global coverage. Lastly, it provided a file transfer service, enabling U.COM and its nominated affiliates to download all the content from Globecast’s FTP site for further use.

Liz McParland, commercial director of Contribution at Globecast said, “Our customers want a broadcast-like, HD-quality experience for their streaming viewers. It makes a lot of sense to customers to take advantage of multiple services at the same time from us. If we’re already processing their content, it’s really straightforward for us to then transcode it for live streaming and prepare it for file transfer. Of course, with some customers, we also provide complete production services.”

This was the case with Horse Power’s Equestrian Endurance events, where Globecast not only provided a faultless live stream for up to 10 hours a day, but also the production facilities including an OB vehicle, cameras, sound, EVS technology allowing record and instant replay, plus graphics. It also provided the technical personnel from camera operators to sound and engineering crew, along with the producers and directors. The events achieved upwards of 8 000 views.

Star Sixes (where celebrated former football players took part in a tournament at the O2 Arena in London) and the British GT Championship benefitted from the use of similar Globecast services: satellite uplink onsite, satellite capacity, downlinking at its London facility, transcoding of live streams and then distribution of that stream to either YouTube, Facebook or to dedicated VOD players on their websites.

McParland said: “It’s clear the content distribution market has changed, particularly – though not exclusively – with sports. Streaming is such a valuable way to reach audiences for niche content, potentially then driving linear TV distribution, though in its own right streaming can achieve big audiences. Even with Tier 1 content, streaming is very powerful as a promotional tool, creating a buzz and driving interest. The key thing is providing a quality audience experience. That is what we do, all under one roof.” 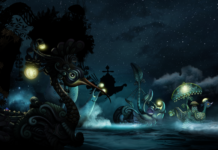 The Lost Botanist and the power of virtual reality 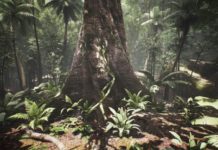