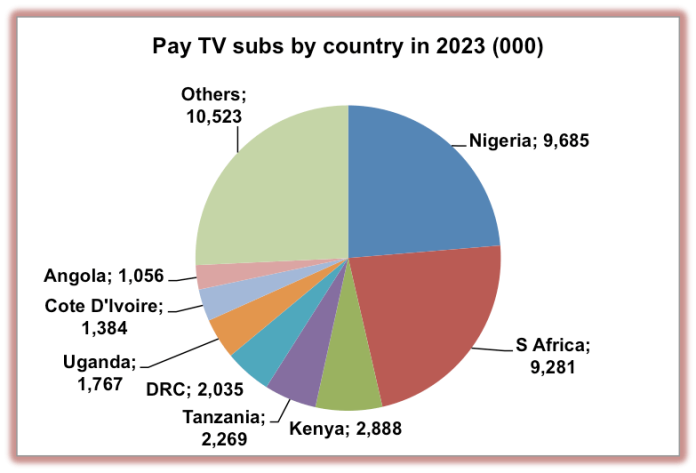 However, the Sub-Saharan Africa Pay TV Forecasts report estimates that subscriber growth will outstrip revenue progress. Pay TV revenues will climb by 41 per cent to $6.64 billion by 2023, up by $2 billion in 2017.

Murray continued: “Pay TV operators in most countries have lowered subscription fees and/or subsidised/given away equipment as competition intensifies. By no means are all of the existing pay TV platforms are expected to survive in the long run. Having said that, several pay TV operators are booming.”

Kenya will continue to show considerable digital TV growth, but it is overcrowded. Kenya now boasts two pay DTT platforms, a cable network and five main satellite TV operators – too many for a country with only 4.01 million TV households.

Nigeria will have the most pay TV subscribers by 2023 – having overtaken South Africa in 2021. The top eight countries will supply three-quarters of the total in 2023.