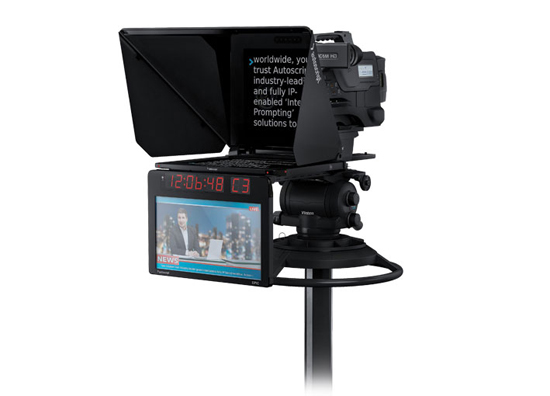 The demand for more flexibility and speed continues to grow among broadcasters worldwide. As the industry’s leading authority on teleprompting systems, Autoscript has paved the way and answered their customers’ call with their innovative Intelligent Prompting solution. A TV Technology “Best of Show” award winner at this year’s NAB Show, Intelligent Prompting uses IP technology to deliver ultimate connectivity, flexibility, ease of use, and reliability that modern broadcasters need.

“Until now, prompting systems have relied on USB, video, and serial cables to connect the controller to the prompting engine and deliver prompting output to the monitor. Our customers needed a seamless IP prompting workflow for today’s evolving broadcast environments,” said Robin Brown, product manager at Autoscript. “With Intelligent Prompting, our engineers have redesigned each component within the system to create a scalable architecture that’s both reliable and flexible.”

Intelligent Prompting is a truly seamless, end-to-end IP solution that delivers the world’s first IP-connected teleprompting monitors. It is a game-changing solution that enables users to collaborate anywhere on the IP network, offering broadcasters convenient and cost-effective resource allocation as well as flexible integration. This IP workflow also provides users with powerful redundancy for live broadcasts.

Along with software improvements, Autoscript has perfected the hardware, which is now 30 per cent lighter with a 75 per cent decrease in the overall setup time compared to other modern, leading solutions.

“Intelligent Prompting is a result of understanding the trends that are impacting the industry and gives broadcasters a scalable, seamless workflow that’s priced similarly to traditional prompting systems,” said Brown. “We believe we have developed a revolutionary prompting system that can support users at any stage in their transition to IP and will open up possibilities to enhance prompting workflows for years to come.” 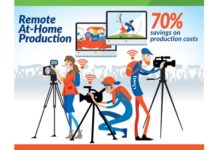