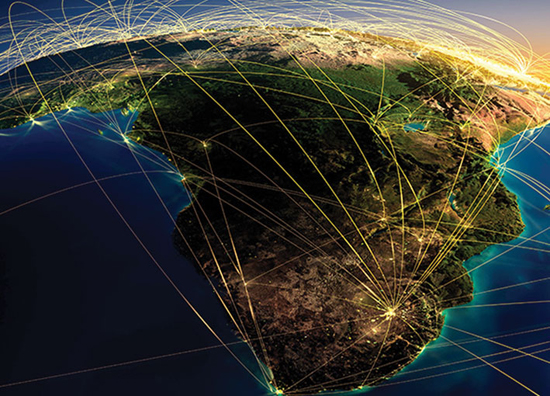 Convergence has been one of the buzzwords of the industry for a while now. As the world shrinks further and further and all content roads inexorably lead to digital, the various lines between content categories and the means in which this content is produced and consumed begin to blur more and more.

Hollywood driven categories that separated cinematic (Film) content from TV content have existed for decades, until very recently when the slickly produced TV shows of Netflix and HBO amongst others have become prestige projects for big named actors and directors.  Gone are the days when starring in a TV series was the kiss of death for Hollywood box-office stars.

With this change, the world of entertainment has seen the first phase of content convergence – the conflation of so-called cinematic and TV content, with the inclusion of gaming content well on its way. Additionally, there has been a technologically driven change in how content around the world is consumed.

Increasingly all kinds of content, including movies are moving away from the big screens of commercial cinemas in favour of the small screens of televisions and devices.

This convergence of content and consumption has been led globally by players such as Netflix, HBO and now even Amazon Prime and YouTube TV. Thanks to these content producers and distributors, types of content and their means of consumption have blurred traditional categories and thinking, at least for those producing and distributing content in the so-called developed world.

For these producers, this initial phase of convergence has presented a variety of opportunities to reach wider and more diverse audiences. In the developed world of content, this break-down between formats and delivery mechanisms has transformed the industry. In her book, Television and British Cinema: Convergence and Divergence since 1990, Hannah Andrews points out that up until very recently, academic and economic discussions about cinema and TV were separate and its only in the past decade or so that researchers and experts have realised that “one of the biggest platforms for film is television.”

In Africa however, the impact of this convergence has been minimal in that these so-called divisions amongst content formats and delivery methods have never been a practical reality.

For decades, African consumers have consumed all kinds of content, whether films, series, or soapies predominantly on their TV screens. The historical conception of movies or films as an innately separate category of content from television makes no sense in an African context where TV or DVD are, and have been, the only truly mass mechanisms of distribution for producers and consumption for viewers.

Outside of major urban centres in a handful of sub-Saharan African countries, (with Ethiopia being a key exception), there are very few formal or commercial cinemas in operation. Even in countries such as Kenya, Nigeria and South Africa, more often than not, commercial cinemas screen Western content far more than African produced movies.

In a continent where only a tiny fraction of people have ever viewed their entertainment content within the confines of a cinema, content is simply content, and it is viewed wherever possible. For many Africans up until recently content of all kinds has been available only for the small screen and only via free-to air TV (or for a minority, pay TV), retail purchased DVDs, or in many places via pirated VCDs.

Many of the films nominated for awards in events such as the Africa Academy Movie Awards have never even seen the inside of a cinema, with some not even being officially screened on TV across the continent. Consumption of content in Africa then is a very different environment for both audiences and producers.

Additionally, across Africa, broadcast TV has not just been a platform for distribution for most kinds of content, but also television stations have acted as significant commissioners and producers of a variety of content, including film.

Hence, in terms of the content and the delivery mechanism, ‘convergence’ as such has never really been a necessary phenomenon in the world of African content. Yet, going forward, with the next – and for Africa the more relevant – phase of convergence taking place, that of technology and VOD and streaming to both TV’s and devices, African content producers are now poised to reap the benefits.

With the whole world now abandoning the rigid categories of content and distribution platforms, African producers, having used diverse and often informal platforms for years, are ideally poised to quickly and efficiently create and distribute content via these new mechanisms.

As broadband and Wi-Fi access spread further across the continent, people are choosing more and more to consume content on their devices and phones. The real value of convergence then, in an African context, will be realised when producers can more readily deliver their products directly to consumers without the middleman of the broadcaster, cinema chain or the legal (or illegal) DVD manufacturer and retailer.

The next phase of convergence will benefit African content producers when this pipeline from producer to consumer is truly open. How this manifests in a way that finally sees royalties and revenue for producers is still however a process that needs to unfold. However, more and more the framework for this to take place is at least falling into place.