Africa’s lack of fixed-line phone networks has created a huge opportunity for mobile operators to step in and fill the gap for broadband services in a market that could be worth US$6bn by 2011, according to a Business Day report.

Calculations by telecoms advisory firm Delta Partners suggest that revenue from mobile broadband could boom from US$1bn today to hit US$6bn in the Middle East and Africa, with Africa contributing most of that growth.

Daniel Torras, a principal at Delta Partners in Johannesburg, said the region was developing an insatiable appetite for connectivity. He warned, however, that opportunities came with risks.

The Middle East and Africa is the world’s fastest-growing region for mobile penetration, while the growth of fixed-line penetration has stagnated at 4% across Africa. That lack of connectivity and the high cost of rolling out fixed lines had severely hampered the development of broadband services, and many countries still got much of their connectivity via notoriously expensive satellites.

Torras said the situation would change over time as improved international connectivity arrived through various submarine cables being laid around Africa’s east and west coasts, promising enhanced bandwidth and lower prices. The Seacom cable was switched on last week but it is not clear how much saving operators of bandwidth will pass on to clients.

Torras also said connectivity would improve as mobile operators aggressively developed high-speed wireless networks to go beyond their core voice offerings. Broadband was seen increasingly as their growth driver and the way to create the “stickiness” needed to retain high-value customers, who accounted for 10% – 20% of subscribers but 50% – 60% of revenue, writes Lesley Stones in Business Day.

Nearly 70% of broadband services in the Middle East and Africa would be delivered by wireless by 2011, up from 38% today. That would trigger a subscriber growth from 2,5-million today to about 40-million in 2011. 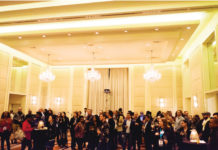