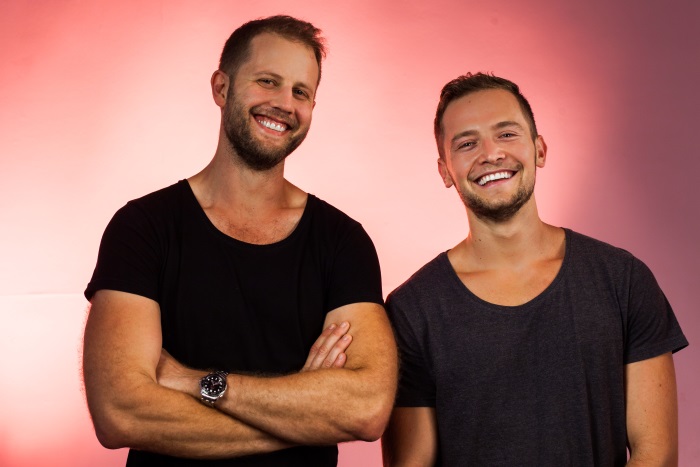 In the race for market dominance we are seeing a doubling-down on production spending by global media giants like Netflix. The South African industry is primed to be a valuable provider, but as market needs shift, the industry players have to stay relevant and competitive, which means embracing new innovations and technologies. We spoke to Jaryd Hermann, co-founder and Head of Product and Experience at WeCast, South Africa’s first digital talent agency, about digital disruption within what has always been a very traditional landscape.

The idea of disrupting the very traditional talent representation model (historically dominated by talent agencies) by shifting the power into the hands of the users (or talent), is a radical one. But, as Hermann explains, the nature of service delivery across a multitude of industries has shifted rapidly and radically. “So why not the talent industry?”

As he explains: “If we don’t embrace these changes and use technology to be more efficient and competitive, the South African film industry is going to be left in the dust. All we need to do is look at the fairly recent changes in how and where we are consuming television and film content. It was not that long ago that your only option was linear TV programming on DStv, SABC and e.tv. More often than not, this was also the case for suppliers who worked behind the scenes to produce the content. This needs to change if we are going to remain relevant,” he states.

Hermann has a point. In less than a decade our viewing choices have exploded and now include a myriad of online and streaming options, while on the production front, we are seeing big brands like Netflix, Amazon, Disney (and their November 2019 release, Disney+), Hulu and HBO ramping up their original content spend to keep up with demand. A study conducted last year by MIPTV, MIPCOM and IHS Markit into the future trends of TV production showed that “over the last five years, investment in original programming by Amazon and Netflix combined is up 75 percent.” This means a truck-load of opportunity for content producers.

Explains Hermann, “Because of the appeal of Cape Town and other South African cities as production destinations, a valuable chunk of those budgets could likely be spent here. But will billion-dollar global disruptors like Netflix be looking for traditional, expensive and limited production processes, or will they be looking for innovators to remodel the production process with suppliers that recognise the need for flexibility, responsiveness and affordability?”

The market has become increasingly competitive and the media giants are all fighting for first place in a more global and increasingly online space (the IHS Markit study also identified a shift in original programming to online as a key trend). This has put pressure on the producers to become a lot more efficient, so that media brands can protect their bottom line.

“This is where the age-old production dance between effective budget management and creative genius comes in,” says Hermann. “Media houses need to either create content that yields more subscribers (and better ROI), or they need to decrease their input costs on creating the content. As far as possible they will aim to do both, of course.”

Was this the thinking behind WeCast?

“To some degree,” he says. “In 2014 I was working as a freelancer in production and having to manage multiple workflows and tools to get my job done. It was chaotic. Everyone had a different system and not all systems talked to each other. At about the same time, I discovered my passion for technology. Between my experience in production and my new love for tech, it was very clear to me that this was an industry that could be taken to its 2.0.  It just needed the revolution of technology driven by someone with a touch experience.

“It’s been a long development process with multiple pivots, but we are definitely on the right track now and we are seeing incredible growth and results,” he says.

WeCast was co-founded by Hermann and Dani Zelezniak, who is the CRO. As long-time friends, when Hermann came up with the initial seed of the idea, Zelezniak was the person he took it to. The platform has been officially operating since November last year, and in that time they have secured over 14 000 user (talent) profiles on the platform, have booked over 300 days and are seeing an over-90% customer repeat rate. They are also seeing a steady 20-30% increase in usage month on month. “We have also been breaking even for a while now, which is unusual for a disruptive model breaking into a new market,” says Hermann.

“Building a startup model that has never been done before can be very intimidating and takes a lot of resilience. But Dani and I knew, from day one, that we were on the right track,” he says. A key moment for them was a job they did for Airbnb. “It was the first job for our now biggest client. They were looking for a real-life, same-gender couple for their latest campaign, and because of how WeCast works we managed to connect them with ten real and relatable couples in one day. Not only was Airbnb over the moon at the speed of turnaround, we’d also managed to find two completely undiscovered women who would never have been exposed to this opportunity. It was a defining moment for us.”

Not only is WeCast’s process designed for speed and efficiency (because time is money), their model offers producers and casting studios a saving of around 20% of the talent booking budget due to low agency and no booking fees. It also gives the creative teams and casting directors greater access to a diverse talent pool that is not driven by complicated contracts and restrictive, exclusive deals with traditional agents. “In essence we have removed the need for a traditional middle-man and the barrier to entry, making the choice significantly better – for both sides of the table.”

So, what is the global marketplace doing in the digital talent agency space and how does WeCast fit in to that arena? Is there an opportunity for global expansion?

Hermann explains that online casting platforms such as Backstage and Casting Networks in the US are playing a valuable role in connecting talent with lower-value jobs. However, without the full representation service they can’t service high-value jobs for top-tier brands, so those are still going to the traditional agents. “A full digital talent agency like WeCast gets access to all tiers of jobs and provides professional on-demand representation per-job for clients. The platform creates a gig economy for talent, passing on the cast-saving benefits of flexibility, diversity, transparency and reduced middleman fees to the client.”

WeCast have identified the US market as an opportunity and are heading to New York for a few months later this year.

We are surrounded by brilliant technologies that are shifting how we engage with everyday systems – both at work and at home. All manner of service suppliers and professions are successfully changing in response to the identified needs or demands of consumers – so why not the talent representation industry, too?

WeCast is proving that it can be done. 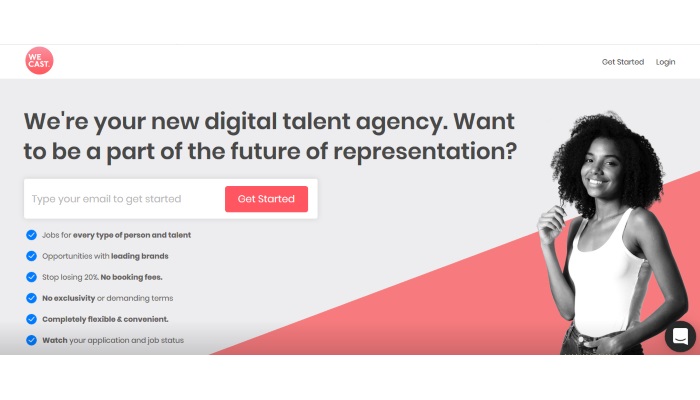 With an uptake of over 11,000 talent profiles and a 20-30% month-on-month growth curve over just 9-months, the South African created digital talent agency platform WeCast is challenging the traditional talent agency industry model.

As with other disruptive apps (like Airbnb and Uber), WeCast gives control and the power to the users, rather than the traditional agents. In this case, the users encompass casting professionals and producers as well as models, actors, part timemodels and actors and even your average person who might fit a brief and has loaded a profile.

WeCast capitalises on the massive gap in the market for a solution that emphasises fee, job and talent transparency along with the ability to put the power of the audition process squarely in the hands of the users. Co-founder, developer and CEO of WeCast, Jaryd Hermann (25) says that their mission has been to empower talent and casting professionals and bring jobs and flexibility to the industry in a way that is not only scaleable but based on tech-touch.

WeCast offers models, actors and casting professionals a start to finish casting solution.  The platform gets the same briefs as the traditional agencies. Talent is able to load and manage their profile on the platform which they use to proactively apply for jobs/briefs on the site.  While the system will match certain profiles to jobs, Hermann encourages users to be proactive and engaged with their applications to make sure all opportunities are maximised. WeCast’s algorithm will continuously suggest potential auditions for applicants.

The strong, steady growth of WeCast over less than a year is indicative of an industry need for talent and clients to take control of the audition and job process. “The industry has always been very traditional with agents operating as middle-men and offering a restrictive process while retaining the control. WeCast’s innovation shifts the power out of the hands of the agency into those of the users, which then also offers far more selection and flexibility to the client through a much bigger talent pool,” explains Dani Zelezniak (33), co-founder and CIO.

Success in this regard is reflected in some of the recent jobs for notable brands where never-booked-before talent became the perfect cast; these include Airbnb, Burger King, Ketel One vodka, Intersport, MTN and Marinda.

The app was initially launched in Cape Town with a small, and growing demand footprint in Johannesburg. WeCast also recently listed projects in three US cities: New York, Washington and Miami and the platform facilitated the project bookings. “Our big picture vision is to scale WeCast so that it becomes a global marketplace for talent and clients. Our recent foray into the US market showed us that our our core communication technology and scaleability models work,” says Hermann. “We’re thrilled to see how the US clients responded and we are looking forward to growing that market.”

Adds Hermann, “our research shows that there are very few digital agency apps available globally, and we are certainly the first in South Africa.  None of the apps currently in the market place have WeCast’s level of functionality; combining technology, automation and human interaction into a process that is empowering to talent and clients alike.”

The system also manages important admin for the users. Once a user is booked for a job, a combination of automation and minor human involvement ensures that contracts are signed, payments are made, usage is tracked, and renewals are managed.  WeCast also enables the talent to see all the job information – casting dates, job dates, locations, role criteria and payment breakdown. Hermann explains further, “our commission is 20% which is very reasonable in terms of industry standards and we are non-exclusive, meaning the models and actors can explore multiple opportunites, which we believe is the way it should be – to move out of the anti-competitive space and give talent more opportunities and exposure to ensure that clients receive the best possible cast as well as a transparent and value-driven deal.”

“The pace with which most industries are shifting into the 4th Industrial Revolution means there is an accelerated need for innovation and agility when it comes to most business processes – this is no different for the casting and audition process,” explains Zelezniak.