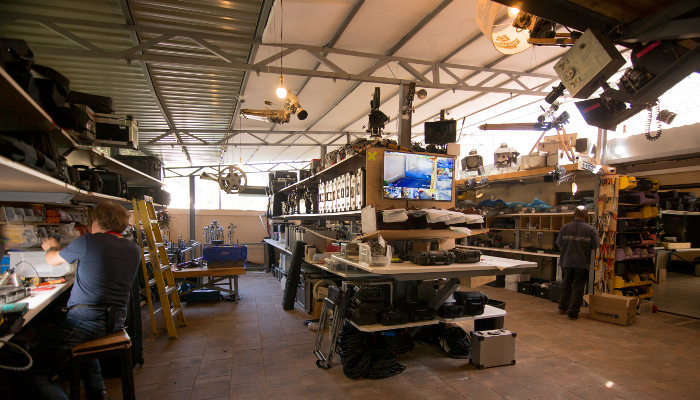 Frank Meyburgh has been involved in the South African film and television industry since 1989, when he established Magus Vision. After returning to the country in 2014 after a brief stint in the UK, he formed the Magic Lightbox Company: a sales, archiving and rentals business which holds true to the original ethos of Magus Vision, namely: “today’s runner is tomorrow’s producer – and everyone has an integral and equal part to play in the ongoing success of our industry.”

Screen Africa caught up with Frank on the eve of the Magic Lightbox Company’s fifth birthday on the 1st of November, to chat to him about his return to the South Africa, the changes he’s noticed in the industry over the past few years and the most exciting recent developments for the business.

Reflecting on his return to the country in August 2014, Meyburgh says: “For me, the welcome we received upon news of our return was very humbling. Eighteen months is a long time in this industry – but it passes very quickly and unless one stays in the game – at all levels – stays current and keeps evolving, it is easy to get lost or forgotten. Fortunately, I was commuting between the UK and South Africa and gauged the turning tides in equipment criteria and user demand. This is something that most of us in the industry do as a matter of course, I know, but it became a huge advantage when starting up again – as we could literally open our doors with the latest equipment from Sony, Canon, and Panasonic.”

Speaking about specific technological changes in the industry that surprised him upon his return, Meyburgh comments that: “I was not expecting to find that tape format had become virtually obsolete and transfer bays went from high demand to little or no use. But most surprising was that the golden era of the Canon 5D MKIII was about to change drastically, with the introduction of the Sony A7S and the FS7.

“For us, the move into lighting was also a new challenge, as we had previously not given lighting the attention it so clearly deserved. Now was our chance – and, again, it was afforded at a crucial time in the industry.  We heavily invested in ARRI Sky Panels and Apurture Lighting Panels, which has paid tremendous dividends.”

When asked about noticeable differences in the production environment over the last decade or so, Meyburgh shares a refrain that is familiar to South African producers and content creators: “The downside is the drop in production value due to budget constraints, and the related fallout due to lack of funding. Many of our clients have had to close their doors – and it is inordinately sad.  We have such huge potential in this country: our industry is full of incredible talent and has an inspiring history, which – tragically – is a little-known story.  We need to pull together as one industry – not various entities trying to grab a slice of an ever-diminishing pie.”

Meyburgh reminds us that South Africa has the second-oldest film industry in the world, a fact he feels we should cherish, and concludes by telling us about the most exciting of the Magic Light Company’s recent projects: “The biggest and most enthusiastic development for us is the evolvement of our Celluloid and Cinematic Emporium, which began its life in pigeon holes along the reception wall of my previous company, Digitalfilm.

“To see the reaction from people, both from within the industry and not, when they enter the newly-renovated space is simply great. We now run the Magic Lightbox Company from a museum of sorts, surrounded by our incredible history and collection of old cinema, film and television cameras, dating back as far as the 1880s. We remain one of the few facilities companies that can offer 16mm and 35mm film cameras and 8mm, Super8, 9.5mm, 16mm and 35mm telecine of negative and positive film to a digital format and drive.” 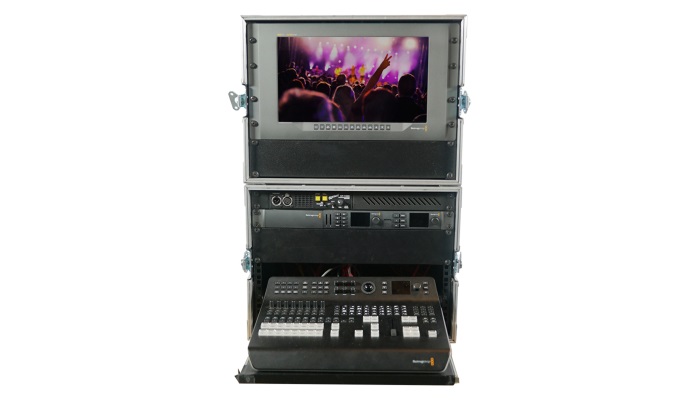 There’s no denying it – live-streaming is the next big thing in the industry – if only there was an easy and painless rental solution to make it happen. That’s why we’re proud to introduce our Blackmagic-based Live Stream Solution.

The solution features the following modules contained in two easy to use flight cases:

Going live is as easy as plugging the Blackmagic Web Presenter into your laptop, opening Facebook or YouTube and going live. It couldn’t be simpler.

Contact The Magic Lightbox Company on 011 463 7584 or rentals@magiclightbox.com for more information.