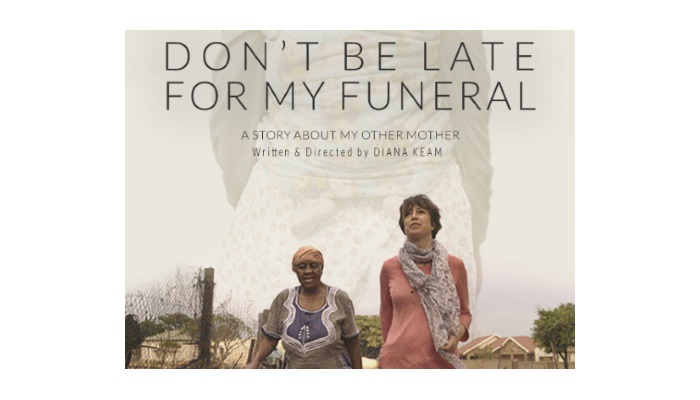 This Mother’s Day Silver Bullet Films launches a crowd-funding campaign that will kick-start
the development of the film Don’t Be Late For My Funeral, to be directed by Diana
Keam.

The film is the story of Margaret BOGOPA Matlala, a wife, mother, sister, and retired
domestic worker who helped raise Keam and her siblings. Margaret or ‘Bags’ as she was
known, went on to work for Keam when she began her own family. She then helped to raise
Keam’s three children.

Many South Africans have had someone like Bags in their lives – always there, whether in the
background or front-and-center – someone who nurtured and held them, both emotionally and physically through their early years and often beyond. So this film is not only about Margaret Matlala, but about the unimaginable sacrifice and strength of every woman who has had to leave her own children behind to go and live and work in the leafy suburbs of South Africa, to raise children as if they were her own – our “other mothers”.

“The deep need to make this film has been with me for many years – since our first democratic elections when Margaret and I voted together. I wanted to tell the story of this remarkable woman and the huge impact that she has had on my life and the life of my family – a personal story that contains elements of many other stories.”

On Sunday 13 May, Keam and her production company, Silver Bullet Films, invite all South
Africans who’ve had a woman and mother like Bags in their lives, to honour these remarkable women by contributing towards the funding of this film. All contributors will be able to name their “other mother” in the credit roll of the film.

For info on how you can get involved contact Marion Matthews on mjmatthews.home@gmail.com