Reality TV survives and thrives thanks to supply chain management 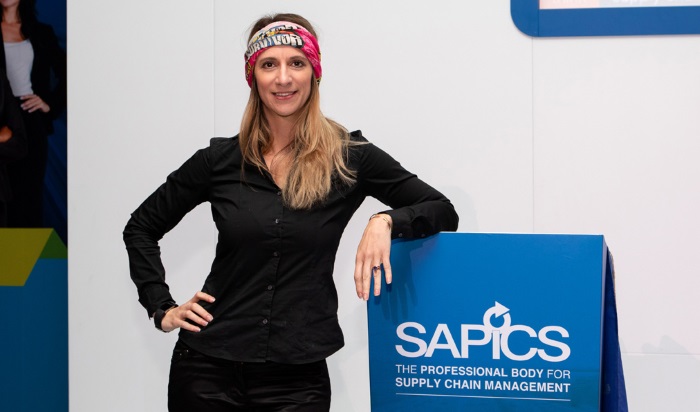 The terms reality TV and supply chain management rarely appear together. The reality is, however, that the production of popular shows like Survivor is only possible with the most efficient supply chains.

This is the contention of Antoinette Tebbutt, a supply chain education specialist who develops content for training and skills development programmes for supply chain professionals. In 2018, she was the outspoken contestant known as Toni on Survivor South Africa, spending 30 days living on different islands in the Philippines. Tebbutt shared her Survivor experiences and reality TV insights with delegates at the recent SAPICS Conference in Cape Town. This annual conference is Africa’s leading event for supply chain professionals. It is hosted by SAPICS, the Professional Body for Supply Chain Management.

“Reality show Survivor started in 2000 in the United States, where they have just finished filming their 39th season,” Tebbutt informed SAPICS attendees. “The concept has been adapted by other countries, making it an international reality show phenomenon that continues to attract viewers year after year.”

What struck her when she was a contestant was the logistics feat that the show represents, Tebbutt said. “People do not just appear on islands. Cameras do not just fall out of the sky. Props do not just materialise from coconut trees. I think it is safe to say that this show thrives and survives thanks to the seamless supply chains. Being someone who has been involved in the supply chain field for 15 years, there were times when I just stood back and was amazed by the logistics of it all while I was out there starving,” she quipped.

The logistics challenges start with location decisions. “The producers fly to different island locations and scope out the area. Season 6 was filmed in the Philippines due to the current infrastructure and knowledge of the locals there who had worked on the US version at that location some years ago. The financial viability of the location made it appealing, too. It was a cheaper option for Survivor SA in terms of flights, hotel accommodation and currency.”

Transport is vital in the Survivor supply chain. “In the Philippines season of Survivor SA, a problem was the distance between the various islands. There were islands that the different tribes lived on and also the various islands where challenges took place. You could only get from one place to another by boat. A fleet of eight speedboats and two bunker boats for equipment and materials was used. They used 720 litres of fuel daily.”

In addition to the contestants, there were 120 South African crew members and 160 Filipino crew members working on the show. Some of the statistics that Tebbutt shared in her SAPICS Conference presentation included a total of 426 flights booked for the duration of filming.

“Gear, including cameras, was flown in from South Africa to Manilla. From Manilla, they were put into a container on a boat and shipped to El Nido – since the planes to the island are too small. From El Nido they were taken to the crew by car or speed boat. All audio gear was airfreighted in from the United States.”

Tebbutt notes that one of the biggest challenges was getting the gear to the locations over Christmas and New Year. “We all know how tricky this time of the year is in the world of logistics,” she commented.

Building sets – for challenges, rewards and Tribal Councils – was also a Survivor logistics challenge. “There are no hardware stores down the road, so planning for these builds, procuring materials and getting them to the right place at the right time had to be meticulous to ensure that the tight production schedule was not delayed.” The supply chain was impacted by a number of cyclones which brought construction to a halt for a time, she reveals.

A new logistics angle featured in this season of Survivor when South African quick service restaurant brand Steers made an appearance in the Philippines. When the different tribes merged, a celebration feast was set up for contestants. “It was a Steers feast, and they even shipped in their ice cream machine for us,” enthused Tebbutt, who said it was a memorable moment as she had not eaten for four days.

In keeping with the growing global drive for greener supply chains, Survivor follows a strict policy of ensuring that all activities have zero impact on the location and environment. Reverse logistics came into play, with some materials having to be sent back to South Africa. “The place that I had called home for a month suddenly looked as though I had never been there at all,” Tebbutt concluded.