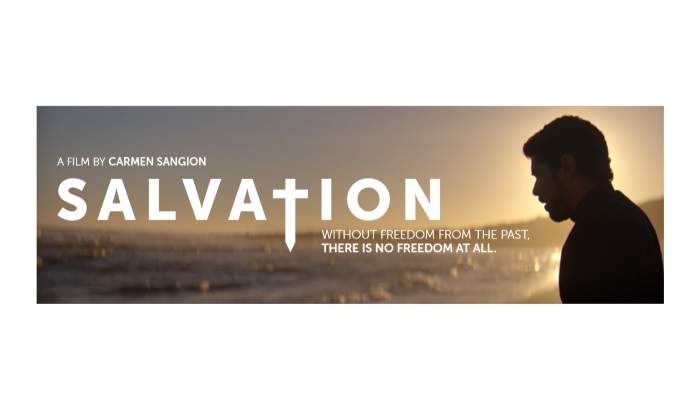 South African writer and director Carmen Sangion of SangSang Entertainment is no stranger to creating character-driven short films that delve into the human psyche and explore the underground rivers of her characters’ emotional lives. Carmen’s debut feature film, Salvation, is no exception – the multi-narrative drama promises to be a deeply personal and emotive story, inspired by her spiritual journey and search for meaning in a disconnected world obsessed with external appearances and validation.

Co-produced by Carmen and her sister Kim, who is a recording artist and provides some of songs for the soundtrack of the film, Salvation is a tale of love, redemption, struggle and forgiveness. Set in present-day Johannesburg, the bi-lingual (English and Afrikaans) drama connects Ezra, a young man on the run from the law, Roxy, a dejected stripper, and Father Benjamin, a despairing priest, in their search for answers, acceptance and faith. When their paths cross, they form an unlikely bond that forces them to venture out of their comfort zones to find freedom and salvation in truth and forgiveness.

With talents that include the highly-versatile Capetonian actress and model Kira Wilkinson from Hard Copy, The Giver and Homeland; Flatland, The Endless River, Maze Runner: The Death Cure’s Clayton Everston, and Scandal and Generations’ star Jason Willemse, the movie also aims to break the stereotypes that are commonly associated with the Coloured community by delivering an unconventional narrative and different perspective of their experience.

“As this story directly relates to my own personal journey, I believe it automatically brings a level of authenticity and believability to this world and these characters. It is also the narrative of many people worldwide, especially now as the world is experiencing many difficulties and people have become desperate for any kind of hope and light,” explains director Carmen Sangion.

“As an artist, it is imperative for me to tell stories from the female perspective, and as a director, it is my absolute passion to create films for the female audience. I am dedicated to creating strong, multi-layered, colourful female characters who are not only interesting to women but men as well,” she adds.