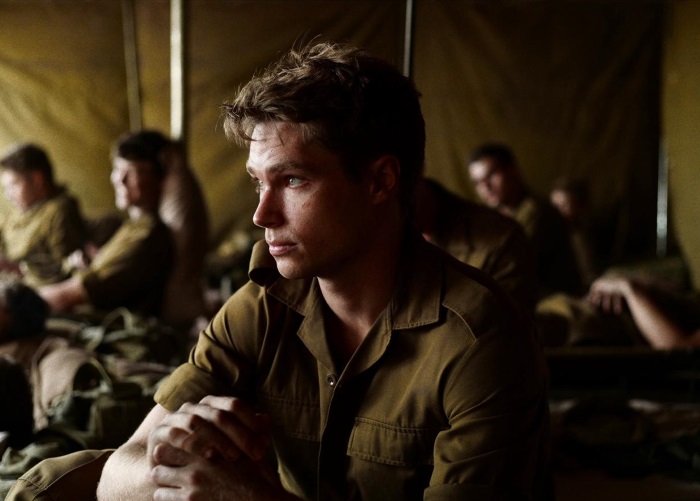 Portobello Productions and Penzance Films are pleased to announce that their new film, MOFFIE, directed by Oliver Hermanus, has been invited to premiere in the UK in the main competitive section in this year’s 63rd BFI London Film Festival (October 2 – 13).

This Best Film category is limited to 10 international films and ‘celebrates the highest creative achievements of British and international filmmakers, applauding extraordinary storytelling and inventive filmmaking’.

The festival held in London’s West End is the main annual British film event complete with red carpet premieres of the most significant movie offerings of the year.

‘MOFFIE is crisp and confident filmmaking, detailing the dehumanising brutality of conscripted military service in Apartheid-era South Africa. We think London audiences will get a real thrill out of the film, and it will be our pleasure to present it to them.’ said Tricia Tuttle, director of the BFI London Film Festival.

Next week on Wednesday (September 4) MOFFIE has its world premiere at the 76th Venice Film Festival where it will compete for a host of awards including the Queer Lion. The director Oliver Hermanus and film’s producers will lead a large delegation of actors and crew who will fly the flag for South African film-making at Europe’s oldest and most highly regarded film festival. For those cast attending this will be their very first international film festival experience.

‘It has been a very exciting month for everyone involved in MOFFIE. The response to the film from international film festivals has been extremely encouraging. We will take our first bow in Venice in just a few days and I am thrilled that so many members of the team – actors and crew, will be joining us there to represent our movie’ said MOFFIE director, Oliver Hermanus.

‘MOFFIE tells the little known story of how the Apartheid regime shamed and cauterised gay conscripts, militarised a whole generation of white boys through mandatory conscription, most of whom do not speak of this time in their lives. Perhaps MOFFIE can help stimulate a public discourse. Any society which aspires to justice and equality must have space for stories of pain and hurt of all to be told. We are very fortunate to have in Oliver Hermanus a rare South African director with the consummate sensitivity, intelligence and skill to deliver the film we hoped MOFFIE would be. I am enormously proud of it.’ Eric Abraham (producer – who produced the Academy award-winning films IDA (2014) and KOLYA (1996). 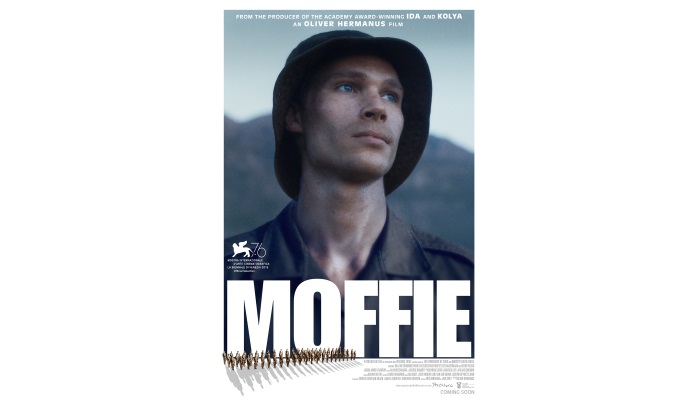 Oliver Hermanus and Portobello Productions have announced that their new film, Moffie, will have its world premiere in the official selection of the 76th Venice Film Festival which starts on 28 August 2019. Moffie was made in association with Hermanus’ Cape Town-based Penzance Films with the support of the Department of Trade and Industry South Africa.

This is the second film by Hermanus, and only the fourth South African film, to receive an official invitation to Venice in the 76 years of the festival.

Moffie is produced by South African born Eric Abraham, who produced the Academy award-winning films – Pawel Pawlikowski’s Ida (2014) and Jan Sverak’s Kolya (1996) – and Jack Sidey of Portobello Productions. It is based on the memoir, Moffie, by André-Carl van der Merwe and tells the story of a conscript who embarks on his military service in 1981 South Africa. The film stars Kai Luke Brummer in his first film lead performance as well as a cast of sixteen young actors, many of whom make their feature film debut.

“I am so honoured to return to Venice. The head of the festival, Alberto Barbera, has been such a wonderful champion of my work and I in turn am extremely proud of the cast and crew that have been a part of this return to Venice. We really became one big family making this film and it will be a crowning moment to present the film to them in the context of such prestigious occasion like Venice, not to mention the audience of over a thousand people. What a trip!” comments Hermanus.

The 2019 Venice International Film Festival takes place from 28 August to 7 September in Venice.

Moffie will be released in South Africa later this year.