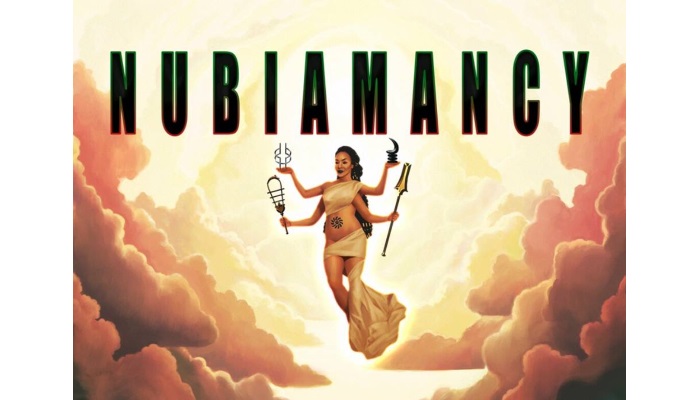 Nubiamancy was initially launched in 2013 on Facebook as a social media page which simply showcased Afro centric Sci-fi/fantasy art created by a variety of artists. The Nubiamancy Facebook page then grew exponentially, and expanded to other sites such as Instagram, YouTube, and Tumblr, with a combined following of over 200,000 and growing.

“Pan-African and Diaspora audiences are hungry for images and stories that relate to them. This is evident with the recent commercial success ($1, 6 Billion USD World Wide Box Offices) of Marvel Studio’s Black Panther, which dispels the myth that Afro-centric stories don’t sell or travel,” states Sibeko.

In 1997, South Africa signed its first a co-production treaty with Canada, which was recently utilised by Canada’s Conquering Lion Pictures and South Africa’s Out of Africa, and Canadian counterparts in the 2015 television mini-series Book Of Negroes, which was filmed on location both in Cape Town and Canada. In 2017, a delegation led by the Canada Media Fund attended the 8th annual Durban FilmMart to announce amendments to the Canada-South Africa treaty and to celebrate 20 years since its ratification.

Massawa states, “The idea is to develop a slate of project as proofs of concepts with both South African and Canadian creatives attached and release these projects on the various Nubiamancy sites to track, monitor and evaluate as to which ones appeal to our followers. The ones that meet our criteria based on internal social media indicators, we will move towards developing as either long form, web or series television.”

Both Sibeko and Massawa had initially met via the Nubiamancy Social Media site on Facebook in early 2017. Sibeko then subsequently invited Massawa to South Africa to attend the Durban FilmMart that same year and explore the opportunity for co-production partnership.

Sibeko who created, wrote, produced 2016’s Zulu-language crime drama The Alliance, explains: “Some of the projects have already been identified and deal with African folklore which will be put into a contemporary setting while juxtpositioned against historical figures and incidents. While another project has been already completed and we will be talking to both local and international broadcasters and distributors about developing them into long form or series television. Our challenge is finding the key element for the Canadian aspect. We will primarily execute physical production in South Africa and Canada where required to meet the incentives criteria for both countries. We are not going the traditional route of theatrical release, but will focus on OTT players such as Iflix/Kwese TV, Amazon, You Tube Red, Netflix and the like.”

The Official Project Slate will be announced at the annual Toronto International Film Festival in September 2018.