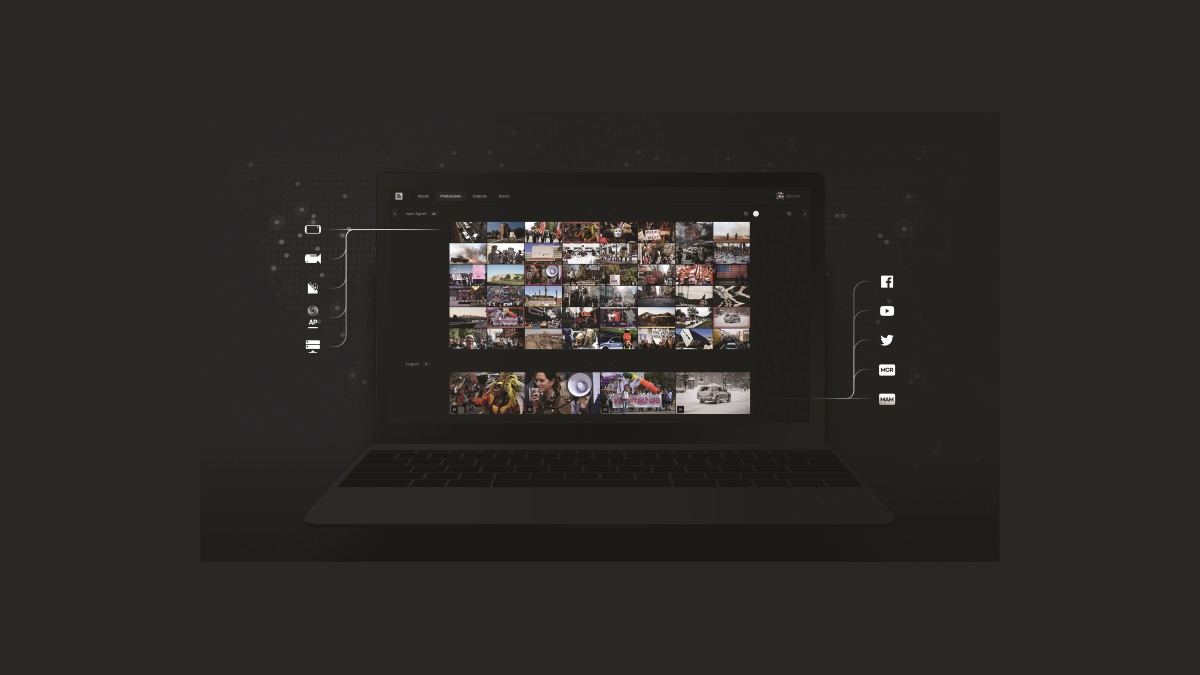 Written by Andreas Jacobi, CEO and co-founder of Make.TV – a division of LTN Global

The South African TV market continues to exhibit strong growth. A recent PwC report showed that the total TV market revenue is expanding at a 4.8% compound annual growth rate and is forecasted to reach R40.8 billion by 2022. Despite the market being primed for growth, the traditional broadcast landscape is currently facing a number of challenges.

This is caused by a proliferation of new and social media that is driving audience fragmentation. To a certain degree, these challenges have also arisen from outdated industry workflows. The media landscape is dominated by hardware-based solutions that are expensive, inflexible, closed systems. It can take weeks or months to procure and configure the hardware for a major live production, often involving expansive workflows via satellites and large teams on location.

Fresh footage that is timely and relevant is needed to expand and enhance professionally-produced programming and the opportunity to take advantage of it is sitting, quite literally, in our pockets.

Over the last thirteen years, smartphone cameras have evolved with features like electronic stabilisation, 4K recording and wide-angle lenses, allowing anyone to create and contribute quality content. Additionally, sub-Saharan Africa will see a major increase in smartphone usage, with total mobile smartphone connections increasing from 39% of the population in 2018 to 66% in 2025, according to The GSMA Mobile Economy report.

In fact, research by Cisco forecasts that, by 2022, live video is expected to make up 17% of all video traffic on the internet and that the Middle East and Africa will experience the highest mobile data traffic growth of any region, increasing by 56% by 2022. These trends mean that broadcasters need to start thinking about how to harness user-generated content (UGC) if they are to create timely, relevant and localised programmes.

Cloud technology allows producers to ingest footage from unlimited concurrent live feeds and multiple sources. This can include professional cameras, encoders, drones and also UGC from mobile phones and online sources like WebRTC.

WebRTC is a particularly important source because it removes app dependency, enabling anyone to submit video to a production without signing up. This is crucial for both time-critical situations, and when dealing with a variety of demographics with varying access to technology. WebRTC can be used to set up instant remote interviews with mobile reporters, remote talent, fans in a football stadium or even a citizen who is in the vicinity of an incident.

2020 is set to be a major year for live sports broadcasting, with both the Tokyo Olympics and the ICC Men’s and Women’s T20 World Cups in Australia set to reach global audiences in the billions. Broadcasters around the globe will set new records for the number of feeds they ingest and the amount of programming they distribute.

If broadcasters could acquire video sources covering every minute of every event, local coverage of the fan experience within the venues, the excitement across Tokyo and Melbourne, plus live video updates from the athletes themselves, it would be a treasure trove of content and would make for some enjoyable and captivating programmes. However, this would also be an overwhelming amount of video to manage with some of the current systems.

Cloud-based infrastructure can simplify mass content management by automating the manual tasks in the video workflow to acquire and filter multiple assets and sources. Once the content is ingested, editorial teams can use a browser-based multiview to leverage metadata, enabling them to filter contributors and explore sources by configured inputs such as professional cameras, mobile contributions and geolocations.

As companies move content exchange, distribution and syndication from satellite to the cloud they will be creating major business efficiencies while dealing with audience fragmentation. In South Africa, proliferation of new technology coupled with the rise of digital and social media platforms has resulted in audience fragmentation at a truly unprecedented scale. This trend is having a strong impact on news organisations in particular.

Figures from a Reuters Institute report for Q1 2019 have shown that the smartphone is the most popular device for accessing news among South Africans. 58% of the population use a smartphone as their main device for accessing news and 70% of people that watch an online news video will watch it through a social media platform, rather than directly on the news site. In order to reach the widest possible audience pool, broadcasters need to adapt their distribution workflows.

The move to cloud-based workflows will help broadcasters adapt to a fragmented landscape as cloud applications can enable simultaneous distribution of a single programme to unlimited outlets. This can include linear, OTT and social media distribution.

There are numerous companies that have increased their reach by adopting platform agnostic strategies, especially in eSports. Last February, ESL, the world’s largest eSports company, ran a series of flagship events in the Spodek Arena, Katowice. ESL ingested the broadcast source signals into a cloud infrastructure and was able to route these signals to a variety of channels, platforms, CDNs and partners, as well as to production houses for regional localisation in 21 languages.

Utilising the unlimited distribution capabilities of the cloud has enabled ESL to distribute live signals from its eSports events to reach millions of concurrent viewers across 70 different destinations. This broke ESL’s viewership records, helping it reach a global audience of over 230 million viewers who watched 157 million hours of eSports tournament content.

eSports is a high growth market in South Africa, with a PwC report showing that South Africa’s total eSports revenue will rise from R29 million in 2017 to R104 million in 2022, a CAGR of 29%. Therefore, it is imperative that broadcasters pay close attention to how this market develops.

It is not just contemporary publishers who are taking advantage of the cloud. Cloud workflows are also starting to be used by some of the largest American mass media news conglomerates. By transitioning to the cloud, these giants are able to generate, share and syndicate content seamlessly while making the process for on-boarding new affiliates quicker and easier.

Cloud applications provide these networks with a broad set of digital workflows in a unified system, and the ability to publish content to social media platforms as well as broadcast stations at scale. They are able to route, monitor and curate content in the cloud for syndication and distribution, creating cost and time saving efficiencies across the board.

It is important that broadcasters pay close attention to the transport solutions available as it is unacceptable to have a stream go down during a live broadcast. Therefore, it is absolutely critical that broadcasters leverage robust IP networks for more cost-effective and reliable delivery of low-latency, broadcast-quality live video.

Moving to the cloud has numerous benefits and we believe that every single part of the workflow will transition there eventually. By using the cloud technology, broadcasters can enhance video acquisition, simplify video management and streamline distribution and exchange of content. Traditional broadcasters are facing a number of challenges. Yet there are tools available that can help them evolve their workflows and processes to successfully adjust to and thrive in the digital era. The time to evolve is now.