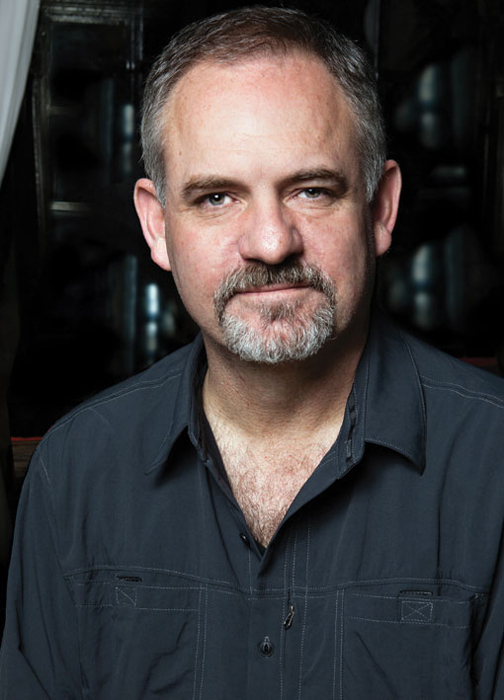 Opperman is especially known for TV series that could be described as productions of epic proportions – Donkerland, Hartland, Kruispad and recently Bloedbroers.

His purpose, he explains, is to offer an intepretation of the socio-evolutionary process of the period from 1838 to the modern day, which brought the Afrikaner peoples to where they find themselves today.

“By definition a story that sets out to do something like that will be epic in nature, simply because it arcs over more than a century and a half of history. So I do not have a preference for epic/historical dramas per se. The subject matter of those narratives called for an epic treatment. My most recent 13-hour drama series for kykNET, Fluiters, is anything but epic. The entire story plays out over a period of about three weeks.”

Opperman is regularly criticised for the way he portrays the Afrikaner in his works. A letter by a reader recently appeared in an Afrikaans newspaper stating that he “rips the guts out of the Afrikaner.”

He responds with: “I have frequently been criticised by a segment of Afrikaners for ‘showing the Afrikaner in a bad light. But this is nonsense. In these narratives I depicted actions by various characters that actually happened historically. Also, as much as I portrayed the evil misdeeds of the Afrikaner in some characters, in others I portrayed the goodness and courage that also characterises the history of the Afrikaner, for which, ironically, I was labelled an ‘Afrikaner apologist’ by neo-Liberals. Once again, these good and courageous deeds were also historically accurate. So it’s a ‘damned if you do and damned if you don’t’ situation.  Personally I don’t pay attention to any of that. I try to tell the stories as truthfully as possible and with respect for the recorded history.”

A drama series, Getroud met Rugby, had TV viewers riveted to their screens. Now the series has been revived, but this time as a soapie. In the entertainment industry there are views that soapies are inferior to series or feature films, but Opperman disagrees.

“I am on record as a writer who disdains the false dichotomy embedded in the ‘art vs. commercial’ debate.  For me the issue is about how accessible or inaccessible your treatment is of the problems with which the characters grapple. This is what determines the size of your audience. I could take the same narrative premise and write it in such a way that a smaller audience would find it accessible, or I could write it so that a very large audience ‘gets it’. So when you are writing a soapie you have to deal with problems of the human condition in such a way that a large audience gets what you’re on about.”

Throughout his career, Opperman has had a deep involvement in training and education, having co-founded the South African School of Motion Picture Medium and Live Performance (AFDA).

“I have always believed in training and education. I wouldn’t have been a founding director of AFDA if I didn’t. So I always try to find opportunities for training the next generation of writers, directors and producers wherever I can. Sterlopers is a case in point; I created it with a group of young writers, producers and actors specifically as a vehicle for them to acquire the skills required for manufacturing a drama series. That project is now completely in the hands of the people who trained on the show. Mission accomplished.”

Although he makes cameo appearances in some of his productions he has never been inclined to dabble in directing.

“As a producer I am not a micromanager. My philosophy is: appoint a director that you trust and believe has the skills to bring the narrative to screen, and then support that director with all your resources and influence.  My director of choice is Jozua Malherbe. Recently I also worked with Renee van Rooyen who did outstanding work for me.  I look forward to working with her more often in the future.”

When probed to find out what he would perceive to be the highlight of his illustrious career, he says, “Each of my projects over the last 30 years has its own highlights. But if I had to choose something that gave me great pleasure, it would be the fact that Donkerland, which was first staged as a five hour stage play in 1996, subsequently found re-expression as a 13-hour television drama series, and finally as a novel, which was also published in Dutch in the Netherlands.

“I am also very proud to have been a founding director of AFDA. It has achieved and surpassed all the dreams we had for it when we began, and has become an integral part of the fabric of the South African film, television and theatre industries.”

Opperman has to date not produced a feature film, but that is about to change. “Many years ago, after completing my Masters in Film at Northwestern University in Chicago, I told myself that I would turn my attention to features after I had turned 50. Well, I turned 54 this year and am now planning a feature film.  I have co-written a few feature films with Sean Else, but never produced one.”

He is very clear on what he still wants to achieve – “I’m going to take a shot at winning an Oscar for Best Foreign Film with an Afrikaans film. You never know!”

An ordinary man, an extraordinary life 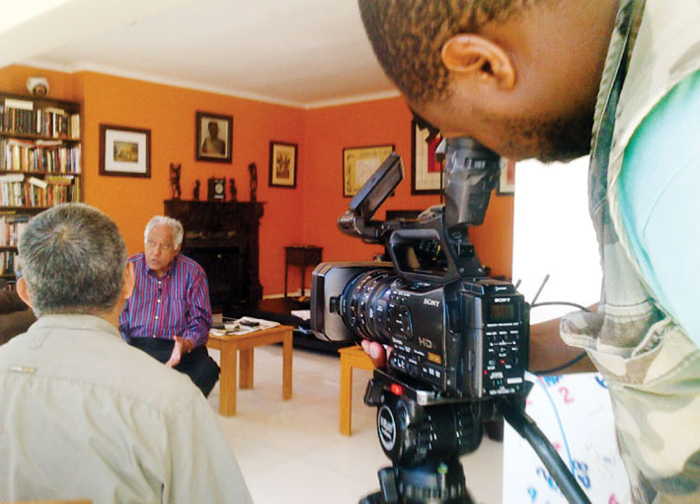 Enver Samuel, the producer and director of the documentary, Indians Can’t Fly, had a long walk with the production before it achieved two SAFTA awards.

The 48-minute film celebrates the life of Ahmed Timol, the anti-apartheid activist who died on 27 October 1971 after being thrown from the 10th floor of John Vorster Square by the security police.

Samuel started with the project as early as 1996 when he found an article on the death of Ahmed Timol in the Sunday Times Magazine.

“I recognised it as being an intriguing story and cut it out and left it in my study where it promptly gathered dust and was forgotten as I began a prolific career producing and directing content for the SABC and MNet. When the SABC put out briefs in 2011 looking for autobiography documentaries, I thought it was high time to tell the tale of Ahmed Timol. The inspiration to tell the story came about when I discovered in 2012 that Ahmed Timol’s nephew Imtiaz Cajee had written a book on his uncle. I contacted him and got the family’s buy in to the project.”

Producing the doccie was not an easy task, especially due to finances. Samuel recalls, “It was a small production hampered by a small budget. In fact, towards the end I had to take money out of my home loan to complete it. For example, the SABC gave me a measly budget of R5 000 for archive. I spent more than R30 000 for archive.”

To top it all Samuel also had to hunt for information on the incident because all the relevant records have been destroyed. However Samuel’s team managed to get the coroner’s docket from a lawyer which conclusively proved that Timol had been tortured prior to his death.

“What fascinated me about the story was that here was an ordinary man, a school teacher from Roodepoort High who made the decision to fight for the liberation of South Africa, joined Umkhonto we Sizwe, went for underground training in Russia, met a woman in London and fell in love with her but still decided to return to South Africa despite the danger.

“The question of his death which also intrigued me was: was he tortured to death, did he fall from the 10th floor of John Vorster Square while being hung out of the window during interrogation or did he commit suicide? Hence the title of the film, Indians Can’t Fly, a term the security police coined shortly after Timol’s death.

Samuel is also of the opinion that more can be done with the story. “It has the potential to be a full length film. I believe that the Ahmed Timol Trust is looking at possibilities.”

Not resting on his laurels, Samuel is already contemplating similar projects.

I am currently in the development stage with the assistance of the National Film & Video Foundation on my next feature length documentary called The Battlefield of Love, which focuses on a unique love story that rises out of the ashes of a tragic event in December 1989.”

Although Indians Can’t Fly was a taxing project for Samuel, he confesses that his greatest challenge as a director to date was working 18-hour days as content director for Survivor South Africa.

Samuel has the following to say about the defining characteristics of the South African creative industry today: “Wherever you go in the world, South African crew are known for their hard work and creativity. We are slowly but surely making inroads on the world’s stage; witness Miners Shot Down winning an Emmy award recently. The Afrikaans film market seems to have developed the right model, so we should learn from that.”