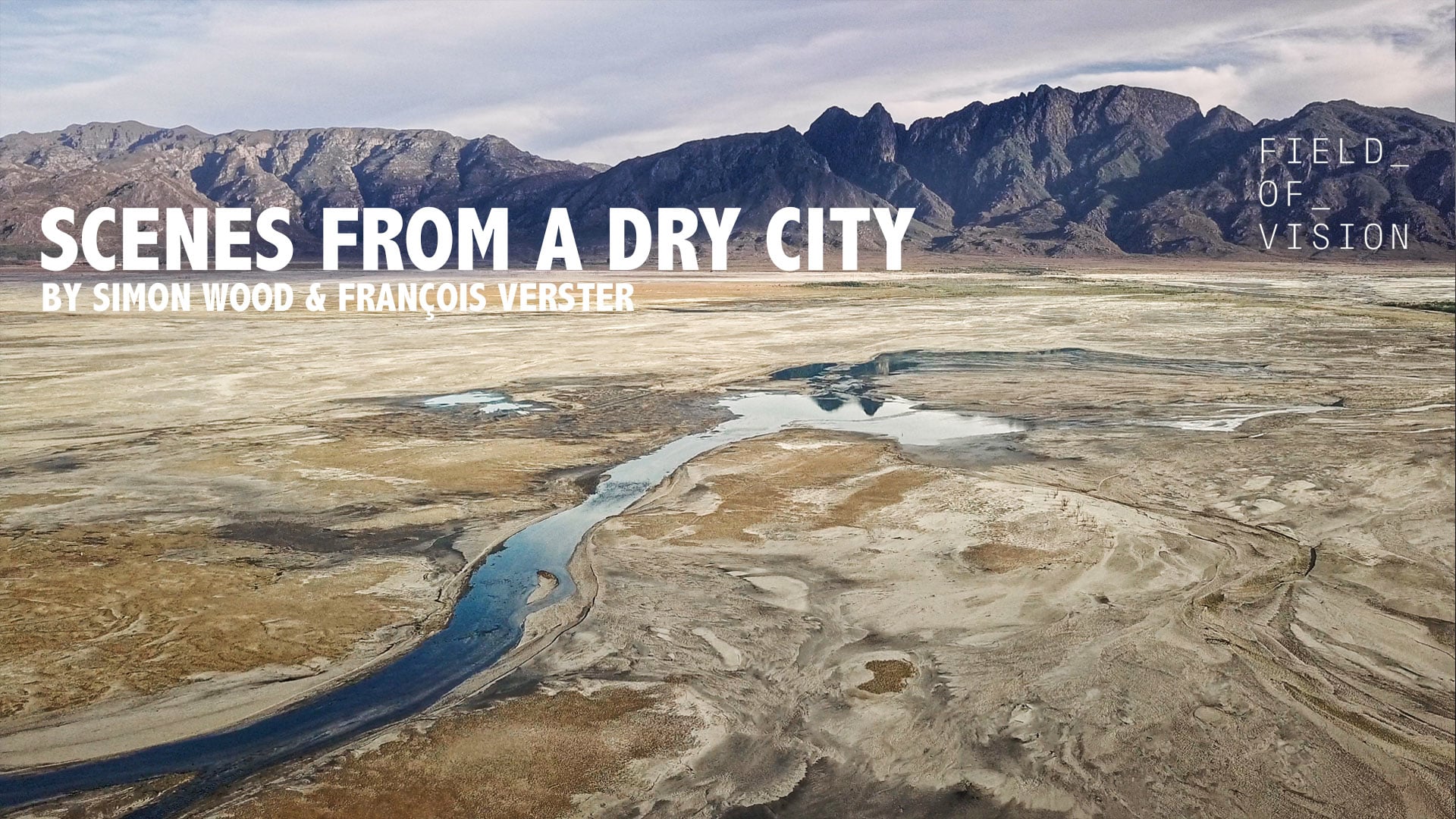 The film premiered at the world’s foremost documentary festival IDFA (International Documentary Film Festival Amsterdam) in November 2018 becoming the first South African film in four years to be selected ‘in competition’ at the festival. Having scooped the top prize for Best Mini Doc at its US premiere at the 16th Big Sky Documentary Film Festival, the film has recently become eligible for an Academy Award consideration for Best Short Documentary in 2020.

Described by IDFA as “a film that is as visually stunning as it is urgent”, Scenes From A Dry City reflects on the water crisis in Cape Town from different societal perspectives. We witness contrasting vignettes of illegal car washers and demonstrators protesting against water privatisation to Christians in a mass service praying for rain and golfers on a lush green course oblivious to the emergency. Superbly edited by Khalid Shamis with a haunting score, Scenes From A Dry City is a slyly humorous, empathetic mood film of protest that is both gently reflective and devastating in its consideration of the consequences of the water crisis and how the scarcity of man’s most precious resource affects the city’s complex social fabric of racial and economic inequality.

Wood and Verster comment, “There had been a slate of journalistic films about the impact of the water crisis in Cape Town… We wanted to make a film that attempted instead, perhaps in a very tenuous way, to inhabit the perspective of water itself, its ultimate indifference to what is happening in the city, and thereby to try assess some of the deeper existential dimensions involved in the debate.”

The film was executively produced by New York based film activists Field of Vision, headed by Charlotte Cook and Academy Award-winning filmmaker, Laura Poitras, known for her ground-breaking film Citizenfour about Edward Snowden. Field of Vision is a filmmaker-driven documentary production that is dedicated to making cinematic work allowing filmmakers to take creative risks and explore new ways of story telling. They focus on non-profit forms of distribution for documentary and all their films are online for free to watch.

Wood and Verster have created a 12-minute filmic journey that is a poignant piece of protest cinema.

The filmmakers, both award-wining documentary filmmakers in their own right, have a long list of successful films to their credit. Wood’s next film Untamed was selected for the prestigious Final Cut at the 2018 International Venice Film Festival. His previous award winning films The Silent Form and Orbis both premiered in competition at Hot Docs in Toronto and his documentary Forerunners screened at IDFA 2011. Wood is currently working on a National Geographic-awarded augmented reality project Container. Francois Verster is celebrated for heart-felt non-fiction films that have all won awards around the world, screening in major festivals such as Toronto, Sydney, IDFA and Hot Docs. These include When the War is Over, The Mothers’ House, Sea Point Days, The Dream of Shahrazad and A Lion’s Trail which won an Emmy Award for Outstanding Artistic and Cultural Programming in 2006. There have been various international retrospectives on his work, and he was also the producer of Whispering Truth to Power, which won the Special Jury Prize at Hot Docs in 2018.

Scenes from a Dry City is scheduled to appear at many major North American festivals over the coming months but is available to watch free online today.