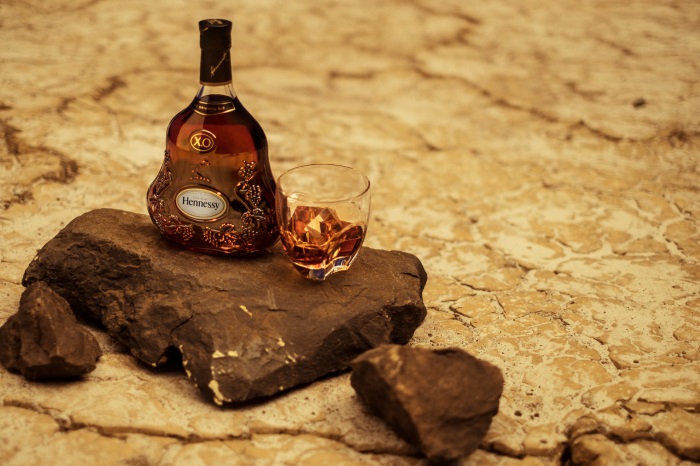 Hennessy released an epic short film by legendary director Ridley Scott who visualises the odyssey experienced in every sip of Hennessy X.O. The campaign was created by the advertising agency DDB Paris, creative partner of Hennessy.

Complementing the idea that “Each drop of Hennessy X.O. is an Odyssey,” the Academy Award nominated director of the films The Martian and Gladiator as well as cult films Alien and Blade Runner, creates a visual journey that explores the seven flavour profiles in a surreal, sensorial and immersive narrative. The film is a creative interpretation of each of the seven tasting notes, described by Hennessy’s Comité de Dégustation as illustrations of Hennessy X.O’s taste and feel: Sweet Notes, Rising Heat, Spicy Edge, Flowing Flame, Chocolate Lull, Wood Crunches; culminating in Infinite Echo.

“I was attracted to this project because I was inspired by the potential for art and entertainment to bring this story to life,” said Ridley Scott. “Hennessy has a great product, and I was lucky enough to have the freedom to interpret this and create something amazing. I think people will be stunned when they see the film.”

All seven notes evocatively take shape under the iconic filmmaker’s direction, with his subversive sense of narrative, unique light, and knack for radical, and technical innovation. The seven notes, envisioned as individual worlds, are brought to life through wonderous and extreme physiography. The director leaves it to the viewer’s imagination if the film occurs in the future or the past, in reality or in a dreamscape as he takes us through vivid scenes offering snapshots of each world.

Scott’s film depicts the gathering of shimmering golden liquid, human figures walking in the shadows of bronzed giants, androids coming to life through spicy synapses, beings gliding through a fiery atmosphere and meditating peacefully amongst levitating rocks while lush woodlands are stirred by invisible spirits. As the film culminates we see the worlds co-existing in an omnipresent nebula and are reminded of the director’s mastery in transporting viewers to other worlds.

The Seven Worlds production team includes global leaders in visual effects, Moving Picture Company (MPC), who previously collaborated with Scott on the films Alien, The Martian as well as Blade Runner and reunite with the director to design ‘out of this world’ effects through CGI. Composer Daniel Pemberton, who previously worked on Scott’s film All the Money in the World and The Counselor, created a unique and unexpected score perfectly complimenting the director’s vision of Hennessy X.O. Scott’s production company RSA Films produced the film.

“It is an honour for Hennessy to partner with a visionary like Ridley Scott,” said Hennessy Global CMO Michael Aidan. “This film showcases Ridley’s artistic genius conveying the essence of Hennessy X.O through entertainment that transcends traditional advertising.”

“When we embarked on this adventure, we dreamed of creating a film that is truly different. But even in our wildest dreams, we did not imagine we would be going to so many incredible new worlds. Together with Hennessy and Ridley Scott, we hope to have achieved a new benchmark in advertising,” says Alexander Kalchev, executive creative director at DDB Paris

See the full film, as well as a ‘making of’ video, behind-the-scenes content, and an interview with Ridley Scott, at thesevenworlds.hennessy.com.