The non-negotiable importance of safety on set 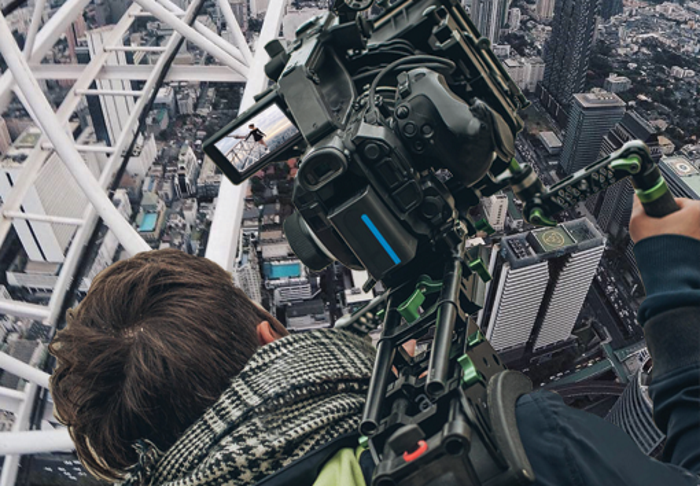 The recent and very tragic deaths on set of DOP, Carlos Carvalho and actor, Odwa Shweni serve as a stark reminder that safety on set and adequate preparation is not something to be taken lightly and that the production community must do more to ensure that these types of incidents do not happen again.

Shweni died after been swept over a waterfall in the Drakensberg while rehearsing a fight scene for local feature film Outside while Carvalho, who was an extremely well-known and popular DOP on commercials, was killed after being head-butted by a giraffe while filming an international feature film, Premium Nanny 2 at Glen Afric in Broederstroom, Hartbeespoort.

There will undoubtedly be many questions in the coming months about why these two accidents occurred, how they could have been prevented and what lessons the industry can learn from them.

The reality is that film sets can be very dangerous places and proper provisions must be made by production to ensure the safety of everyone involved in the making of a film or commercial as well as the general public. Although it may seem obvious, it’s worth reiterating some of the important issues that all filmmakers need to consider:

WORK WITH REPUTABLE PRODUCTION COMPANIES THAT ARE EXPERIENCED

As tempting as it may be to save money by using a production company that has limited experiences or makes a habit of cutting corners to save costs, the consequences can be dire when it comes to safety. When one considers that film sets often incorporate diverse and dangerous elements such as stunts, pyrotechnics, action vehicles, weapons, wild animals and hazardous locations, knowledge and experience count. A lot!

CARRY OUT A PROPER RISK ASSESSMENT

When planning anything that is remotely dangerous, it’s important to make sure a thorough risk assessment is done beforehand to identify any and every thing that could possibly go wrong. To do this, it’s important to bring in an expert with credible qualifications who can advise you of the risks and draw up a plan of action which everyone involved should be advised of in advance and should follow on the day.

USE THE SERVICES OF SKILLED professionals

Stuntmen, precision drivers, certified drone operators, special effects supervisors, armourers, pyro-technicians and a number of other professionals who are trained in safety in their area of expertise are an essential part of the film industry and should always be hired in. Under no circumstances should production companies try to take these responsibilities in-house as this could constitute negligence should an accident occur. It’s also important to ensure that all non-essential personnel remain clear of the action.

COMMUNICATE AND MAKE SURE YOU DO THE NECESSARY PAPERWORK

All matters relating to safety on set must be communicated properly by production to everyone involved and records must be kept detailing when and how this was done.  Although this kind of record-keeping may seem tedious and unnecessary, it is vital to ensure legal compliance.

Where the producer identifies potential risk, a certified safety officer should be appointed to oversee on-set safety and a qualified medic should be in attendance to treat anyone who is injured in an accident on set. When shooting particularly complex stunts or set ups, production should consider increasing the number of medics and having a medical rescue vehicle on standby. The safety officer and medics should always be in close proximity to the action and should not take on unnecessary additional functions or duties that could divert their attention away from potential risks.

Part of the safety plan on any set should be to encourage anyone who is apprehensive about safety or any activity they are asked to undertake to report their concerns to the safety officer or the producer without fear of recrimination.  All reports should be taken seriously, acted upon and properly documented.

Although it is not a legal requirement, all production companies should carry insurance to cover any accident that might occur on set. This includes:

Public Liability Insurance: Public liability protects against claims of personal injury or property damage that a third party suffers (or claims to have suffered) as a result of a production companies business activities. This applies to members of the public who are not involved in your production.

Emergency Medial Cover: This covers the medical evacuation and the emergency medical expenses of crew or cast – or any other nominated person on set – in the event of an accident in which they are injured.

Personal Accident: This cover provides compensation in the event of injuries, disability or death caused by violent, accidental, external and visible events that may occur on set.

It’s also advisable to take out a comprehensive Film Producer’s Package which includes cover for any loss or liability that may occur on a production.

The CPA has recently launched the “CPA Group Insurance Scheme” in collaboration with the Chesterfield Insurance Group in the UK and local brokers, CC&A Insurance Brokers. This is a bespoke insurance product which will substantially increase the benefits that are currently on offer in South Africa and provide increased protection to crew and cast working on set and also to production companies and their clients.

With South Africa’s unstable commercial production industry, and our currently
strained economy, the topic of sustainability has been receiving a lot more attention.
This has come sharply into focus via the CPA’s annual survey, which has revealed
some noteworthy results this year.

The CPA runs a survey every year to better understand the magnitude of the industry
and to detect prospects, challenges and local trends. The findings are assembled into
two groups of results:

1. The whole group: 40 – 50 contributors per year
2. The control group: 30 South African production companies that participate in the
survey every year

Even though the number of participants isn’t high relative to the greater industry,
most of the heavyweight companies are included, so the results are an adequate
reflection of the general industry, we believe. For instance, the control group on its
own, turned over R1,25 billion this last year.

• Commercials produced: In total, 703 commercials were
produced by the survey participants for a little more than R1.6 billion.

• Variety of commercials: More local ads were produced (368)
than service ads (305), and South African directors made 30 ads for overseas clients.

• Biggest customers: After South Africa, Germany was our
biggest client, with 74 ads made. Next was the United Kingdom with 72, the United
States with 51, France with 40, and Scandinavia with 26.

• Expense analysis: Almost 50 per cent of production costs go
to remunerating the crew and hiring equipment. The other big costs take up: 13 per
cent for art and set construction, 5 per cent for location fees, 9 per cent for talent,
and 6 per cent for post-production.

• Rising location costs: Production is still relatively affordable
in Johannesburg, but the increasing costs in Cape Town are making it hard to shoot
commercials there. With accessibility to the area limited to those with deep pockets,
the city and its surrounds are quickly becoming service-only regions.

How this affects you

From these results, it looks like the industry is dipping, mainly thanks to rising
production costs and an insignificant change to turnover. This trend is more gradual in
the control group, but it persists – suggesting that production budgets aren’t growing
in line with expenses.

As this gap gets wider, so does the danger to the production industry. It’s one we
should take note of too, as other countries have taken years to recover after
experiencing similar trends.

Something else we’ve seen is that many CPA members are getting less work from
overseas. We think this could be because of variables like:

• Universal unease: Trump, Brexit, human trafficking,
terrorism… the world is a scary and uncertain place these days, so clients are less
likely to travel.

• Rate of exchange: The UK is no longer our biggest client,
mainly because of Brexit and the weakening Pound. The Rand is also getting stronger
against the US Dollar and the Euro, which has the potential to make South African
production less affordable this season.

• Location fatigue: Clients are on the lookout for novel,
exciting locations. South Africa appears to have priced itself out of the market, to a
point, so other players like Portugal, Thailand, and a few South American regions are
preferred.

• Politics & economy: SA isn’t currently stable, both politically
and economically, so clients (particularly newer ones) are choosing “safer’ countries to
film in. Plus, with our local recession, prices are up too.

• Greedy South African: Some overseas clients believe that
SA’s succumbed to the greed factor. Production departments are growing and our
talent want to earn more for working in remote areas. With less inflation in their home
countries than we’re familiar here, these clients may struggle to understand our
increasing costs.

• Bureaucracy: While it may be a lot easier to get a visa and
process other admin needed for overseas clients to come to SA, it still isn’t ideal; this
deters clients from coming to SA. In fact, many jobs are lost annually because an
overseas director can’t apply for a visa in person.

The future of our industry

The views on the upcoming season are varied, with notable concern coming from
experts who market to overseas clients. But it isn’t all bad. For instance, South Africa
has strengths that many other countries don’t, such as:

Some of the issues affecting our industry are beyond our control. Of the ones we can
affect, however, many can be undertaken with some imaginative flexibility and a
specific focus on keeping costs down. By working together, we may be able to secure
these jobs and turn this downward trend around – for everyone’s sake.