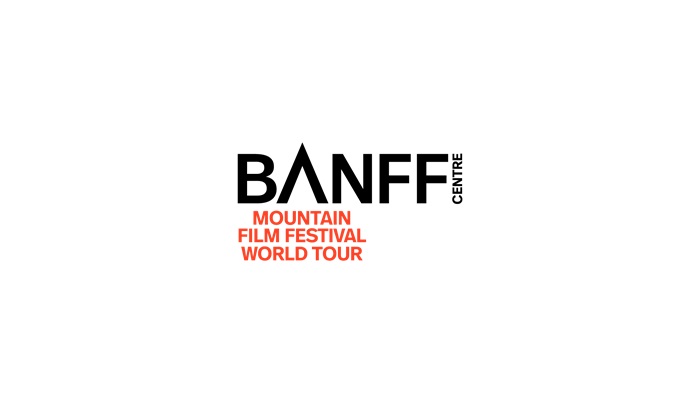 Ain’t no mountain high enough, right? Well that’s certainly the sentiment echoed by outdoor adventure enthusiast Andre Gie and top trail runner Kaine Reilly in Andrew King’s Kloof Corner Ridge. The short film, one of two winning entries in the Cape Union Mart Adventure Film Challenge 2019, is just one of many incredible films that will be shown as part of the BANFF Mountain Film Festival 2019, at selected Ster Kinekor cinemas from 25 October to 3 November.

For the 15th year, Cape Union Mart brings this well-supported international film festival to South Africa, giving armchair adventurers all they crave in terms of cinematic brilliance. From adrenalin pumping epic skiing, surfing and mountain-biking journeys to fierce climbing and running excursions, each shot in different awe-inspiring locations around the world, viewers will be both moved and inspired by the incredible sportsmanship of all involved.

Apart from Kloof Corner Ridge, winner of the Aspiring Filmmaker category in the local Cape Union Mart Adventure Film Challenge 2019, South Africans should also look out for winner of the Professional Filmmaker category, Free Diver by Timothy Hay, which follows SA freediving champion Natalie Rudman on some of her remarkable underwater explorations. As the world’s most prestigious adventure film festival, Cape Union Mart prides itself in bringing it to SA every year, giving local viewers access to the highest calibre of inspirational and authentic stories that showcase an inclusive and diverse range of strong everyday sports and adventure heroes, as well as amazing cinematic talent. 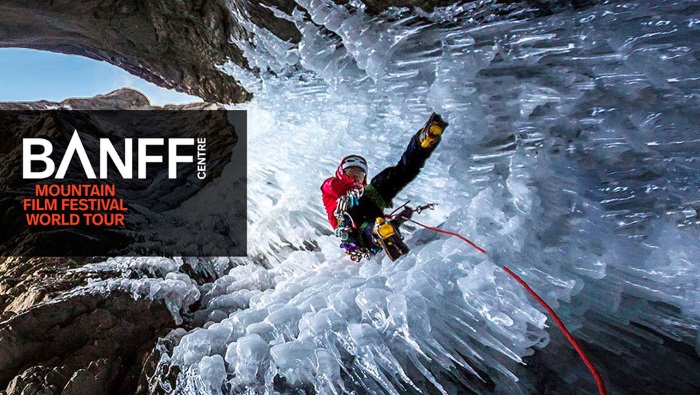 Attention all outdoor enthusiasts and adventure addicts, bookings for the annual International BANFF Mountain Film Festival, which takes place between 26 October and 04 November 2018, can now be done on the Ster-Kinekor website. For the thirteenth-year running, Ster-Kinekor in partnership with South Africa’s favourite outdoor adventure store, Cape Union Mart, will screen the festival to the South African adventure crusaders.

In partnership with leading outdoor brands K-Way, Black Diamond, Deuter, Buff and GoPro; featuring the best mountain films and exceptional filmmaking talent from around the globe, the festival offers something for everyone with a mix of topics and cinematic styles that will both inspire and entertain. Once again, audiences will get the chance to explore and experience some of the world’s most adrenaline-pumping adventure locations – from high mountain expeditions to skiing, mountain-biking, and even flying surfers! – all from the comfort (and safety) of Ster-Kinekor cinemas.

All types of outdoor adventure such as surfing and skiing, base-jumping and bouldering, rowing and trail running, are beautifully captured through film.

Book your tickets now by visiting the Ster-Kinekor website or download the SK App on your smartphone. You can also book at the box office.  For news and updates, go to Facebook: Ster-Kinekor Theatres | follow Ster-Kinekor on Twitter: @Ster-Kinekor. For all queries, call Ticketline on 0861-Movies (668 437). 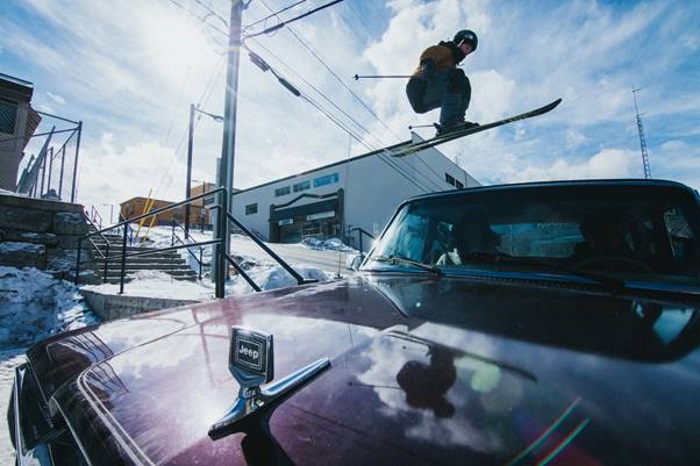 The International BANFF Mountain Film Festival will be keeping adventurers on the edge of their seats from 26 October to 4 November 2018. This annual celebration of outdoor adventure and cinematography is being brought to South Africa for the 13th year by Cape Union Mart.

With films featuring skiers shredding the snowy streets of British Columbia, a solitary cyclist pedalling her way through 43 countries, and French daredevils slicing through the air on surfboards atop a 600m-high zipline, along with other displays of adrenaline-pumping athleticism, adventure lovers are in for a treat at this year’s BANFF International Mountain Film Festival. These films also feature some of the world’s most stunning scenery such as volcanic fields, hidden lava caves, rivers of ice, massive waterfalls, bedrock gorges, glaciers and massive mountain peaks.

Eleven films will be screened, giving attendees the opportunity to experience the exhilarating (and at times, heart-wrenching) stories of adventure enthusiasts from all over the globe, with something for everyone at this year’s Festival.

A highlight of the festival will undoubtedly be the screening of the winning film in the 2018 Cape Union Mart Adventure Film Challenge, Always Dream, by Hayden Brown. The film showcases KwaZulu-Natal’s natural beauty and the athleticism of professional downhill mountain biker, Greg Minnaar. He stars as a simple farmer who falls asleep and dreams about riding his bike from the top of the Drakensberg escarpment down into the bushveld below by negotiating the single track.

These films, along with several others, will be shown at Ster-Kinekor cinemas in Cape Town, Durban, Johannesburg, Port Elizabeth and Pretoria.

Tickets will be on sale from 24 September 2018 at the same price as a standard Ster-Kinekor ticket.

The following films will be shown during the Banff Mountain Film Festival World Tour:

For The Flying Frenchies, thinking out of the box isn’t a choice – it’s a way of life.

Originally from Montreal, Conor falls in love with the northern way of life, and a woman, in the Canadian Arctic. The young father now helps to pass on the native traditions and ancestral culture to his son as he gains an understanding of it himself.

Poetic, artistic and inspiring, ride along as we travel across volcanic fields, explore hidden lava caves, and race down rivers of ice.

Only a few pioneering animals have what it takes to bear the world’s highest mountain ranges and tend to be some of the most elusive and mysterious animals on the planet. Climb to a world that is beautiful, but full of danger, where only the most adventurous animals can hope to survive.

LOVED BY ALL: THE STORY OF APA SHERPA

Although Apa Sherpa has climbed Mount Everest 21 times, he wouldn’t wish this upon anyone. Having grown up in the remote Khumbu region of Nepal, Apa was forced to leave school and work as a porter at the age of 12. For Nepal’s rural people, the income earned as a high altitude porter conflicts with the dreams made possible only through education and knowledge.

A team of athletes set out to tackle the fabled corrugated spine lines of the Tsirku Glacier, located deep in the Saint Elias Mountains where Alaska, British Columbia, and the Yukon converge. Needless to say, it is no easy task.

Filmmaker: Hugo Clouzeau, We Are Hungry

Iceland. A cold, rugged and forbidding landscape where powerful rivers plunge through bedrock gorges and over massive waterfalls towards the sea, a crew of French kayakers travel here to ask the question, “Why do we do this?”

WHERE THE WILD THINGS PLAY

There’s an ongoing discussion on why there aren’t more females in the adventure industry – whether it’s in big mountain skiing, climbing, or white-water kayaking. Well, it’s about time we found out where the wild things play!

Have you ever been that little kid sitting in the back seat of your parents’ car wishing you were somewhere else? So you imagine a skier on the side of the road, your fingers commanding back flips and roof drops, improbable rail slides and huge airs. But what if your imagination came to life?

Forty-three countries down, Hera van Willick rides her bicycle across continents fully self-supported, sharing her journey and what she has learnt along the way.

Ben Page sought an adventure of perfect solitude in the Canadian Arctic, yet the harsh truths of travelling in such a formidable environment were a long way from the romanticism of a Jack London book.