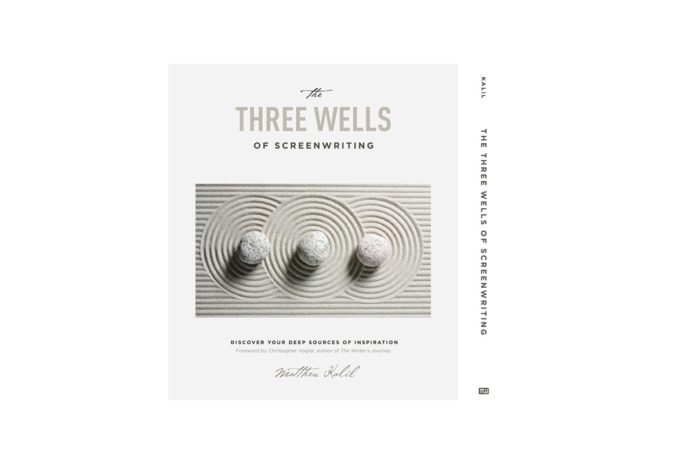 Matthew Kalil is a writer, director and script editor who has recently published The Three Wells of Screenwriting, a book hailed by Christopher Vogler (author of The Writer’s Journey) as a “breakthrough in the craft.” Screen Africa caught up with Kalil to learn more about his background and what readers (and students of screenwriting) can expect from the book.

Kalil, who holds a masters in screenwriting from the University of Leeds and has nearly 20 years’ experience of teaching and mentoring his own screenwriting students, says that his passion for screenwriting stems from his childhood, when he remembers how his “father used to get really passionate about watching movies.”

Since then, he has written and co-written over 40 produced episodes of TV and has received various grants, development funding and awards, with productions screened and broadcast in Canada, Denmark, Morocco, New Zealand, Puerto Rico, Kenya, South Africa, Thailand, the United States and the United Kingdom. He has also, through the process of developing workshops and academic courses over the years, found a unique approach to screenwriting that helps both beginners and established screenwriters get in touch with their creative cores.

His new book, The Three Wells of Screenwriting, is – in many respects – a distillation of this life experience.

As he explains, “I wrote a book for an online screenwriting course, but while I was writing it I kept feeling like I was missing from the content. What was missing, specifically, was this notion of the ‘wells’ of screenwriting that I had developed over the course of my teaching experience. I knew these were important, sometimes definitive sessions – and I wanted to encapsulate the power of those classes into a book. I actually went to LA on a screenwriting trip and met Christopher Vogler; after I told him my idea for the book, he told me I simply had to write it. So I came home, then did a ten-day silent retreat to let my ideas about the book and the craft of screenwriting percolate – and finally found that I was ready to do it.”

Kalil describes the purpose of the book as helping writers “create scenes that are memorable and different”, while its main focus is “exploring where we get our ideas from without over-analysing them.”

“I define the three wells as the moment when we sit down and we’re faced by a blank page or a flashing cursor. In that moment, we can write anything – we can create anything. We can draw from any kind of source of inspiration. The idea I explore in the book is that there are three main sources we can draw from – the external sources well, which describes other films we have seen or texts we have appreciated; the imagination well; and the memory well. These are interconnected,” Kalil continues, “with a reserve of ‘ground water’ beneath. The book attempts to clearly define these three sources of inspiration and then investigate how we can dig them deeper.”

With an attractively practical component, Kalil trusts that the book will be beneficial to writers of all skill and experience levels. “There are 29 exercises in the book, which you can use to practice digging deeper into these wells. These exercises range from watching and consciously analysing movies with similar themes to your own; to imaginative exercises based around acting principles to free up spontaneity; to deep memory recollections to tap into past emotions, mining personal experiences for nuggets to put into your script. What I like most about the book is that when you’re in ‘the writing groove’ – of course – these process should flow together naturally; but, if you get stuck, these exercises can help shift something and move the project forward. In fact, the tagline of the book is Never be stuck again…”

These sentiments are echoed by South African filmmaker and Oscar Winner, Gavin Hood, who comments about The Three Wells of Screenwriting: “I am often asked, ‘How can I learn to write?’ Matthew Kalil tackles this difficult question by gently reminding us that, when fearfully facing the blank page, there are multiple wells, both external and internal, from which to drink deeply when searching for something truly original and moving to say.”

In terms of his own filmmaking, Kalil counts “David Lynch, Kubrick and Scorsese” as his chief sources of inspiration. “We can see these filmmakers in their movies,” he reflects. “Lynch, especially, draws extensively from dreams and what – in my book – I’d call the imagination well.”

In a turn that he, himself, describes as “amazing synchronicity”, Kalil has recently relocated to Fairfield, Iowa, to teach at the David Lynch Graduate School of Cinematic Arts at Maharishi International University. A unique course that foregrounds transcendental meditation in the creative process, Kalil says that “after wrestling with the decision about leaving home and getting out of my comfort zone, I decided I had to go for it. As one of Lynch’s characters says in Lost Highway, ‘there’s no such thing as a bad coincidence.’”

For more information or to order your copy of the book, visit www.thethreewells.com