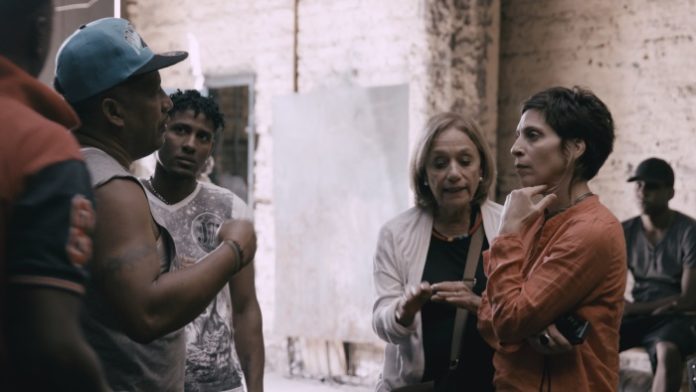 The social justice film Push by Swedish director Fredrik Gertten will have a special screening at the Tshisimani Centre for Activist Education in Mowbray, Cape Town, on Thursday, 5 December at 6pm.

The film is one of 12 award-winning films screening at Cinema Nouveau Theatres during the 6th European Film Festival, which has been running in Johannesburg, Pretoria and Cape Town from 29 November to 8 December.

Gertten’s documentary explores how the acquisition of urban property by financial institutions is becoming a global trend and making living in cities unaffordable. His previous documentary Jozi Gold precipitated great public interest during its showings at Encounters and the Durban International Film Festival earlier this year and his new offering Push is expected to generate new debate about the very topical housing challenges in this country.

The screening of the film at the Tshisimani Centre will be followed by a discussion led by Mandisa Shandu, the director of public interest law firm Ndifuna Ukwazi that specialises in urban housing rights. Ndifuna Ukwazi is leading the campaign to stop the sale of the Tafelberg School in Sea Point, Cape Town, a case which reaches the courts during the last week of November.

Special participant in the discussion will be Leilani Farha, UN Special Rapporteur for Adequate Housing, who plays a central role in the documentary as she investigates the phenomena, which are literally pushing out people from inner cities around the world. Farha will zoom into the discussion from Toronto where she is based.

In developing countries such as South Africa the massive housing challenges, the infringement of human rights and displacement of peoples are drawing increasing pushback from affected communities and activist groups working to open access to affordable, well-located land and housing. This screening and discussion session aligns with Tshisimani’s focus on addressing and finding solutions to injustices faced by the poor and marginalised people of our society.

As Farha says: “I believe there’s a huge difference between housing as a commodity and gold as a commodity. Gold is not a human right, housing is.”

The screening and discussion is free and open to all at the Tshisimani Centre, Bertha House, 69 Main Road, Mowbray, Cape Town at 6pm on Thursday, 5 December. For more information call 021 685 3516.