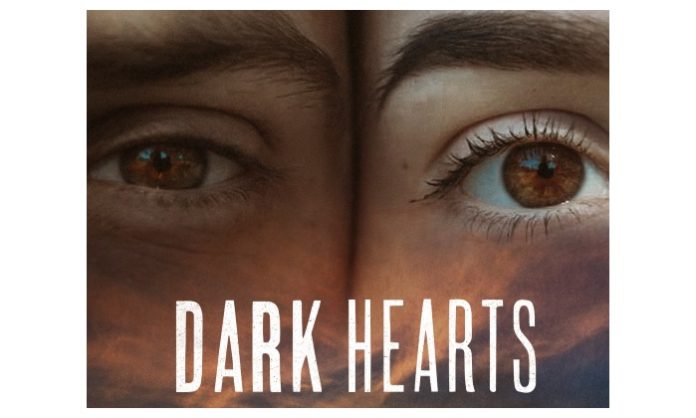 South African and African content has been making inroads into the international market lately. Now three local projects have been chosen as finalists for C21 Content London’s drama series pitching competition, the world’s biggest such event.

A long list of 30 finalists was recently announced, three of which were South African. The finalists will present a 10-minute pitch to the international business at the International Drama Summit on 3 December. The winning pitch will receive a marketing package through C21Media worth £30,000 to support development and pre-sales promotion of the show.

Dark Hearts follows Edie, an investigative journalist, who is stunned by the brutal murder of her estranged brother in the luxurious bubble of Bishop’s Court. She is quickly drawn into the nightmarish aftermath when she’s reunited with her orphaned teenage niece and nephew who become suspects of the unimaginable crime themselves. The supposed motive? A huge inheritance.

Edie determines to find the real killer, digging deep into the contradictory world of post-Apartheid South Africa. In the leafy suburbs, white privilege remains untouched while gang violence ravages desperately poor neighbourhoods. Edie follows elusive clues across these apparently impassable divides. Dark Hearts is at once a gripping mystery, a complex family drama and a searing indictment of a country struggling to redeem itself from the sins of the past.

The partners on this murder mystery are M-Net, ZDFE and Quizzical Pictures.

Ochre Moving Pictures is pitching Borderland, a ten-part crime series. Daniel, an American lawyer who’s built a new life in South Africa, feels guilty about Jessica, his ailing wife who he feels he broke. Desperately looking for ways to pay for her expensive treatment, Daniel crosses legal line after moral line in his job. It all finally catches up with him when he finds himself at the centre of an embezzlement scandal. Disbarred, in debt and in serious physical danger, he has no choice but to flee Johannesburg to the Eastern Tripoint Border, a hot bed of international smuggling, to hide on Jessica’s family game farm, their last remaining asset. In dire need of money and with his back against the wall, Daniel becomes a smuggler and teams up with Jessica’s childhood friend Laylani, an ambitious ex-game ranger who will guide him through this dangerous and unpredictable world in exchange for ownership of his ancestral land, located on Jessica’s farm. A dysfunctional crime family is born. Borderline is an adventure fuelled and layered human drama that shines a new light on modern-day South Africa, revealing its many racial, social and environmental complexities.

Finally, Shades, a series based on Marguerite Poland’s bestselling novel, is an epic romance set on the tumultuous eve of the Anglo-Boer War. It is 1899 when Walter Bromley, a young priest fresh from England, travels across the magnificent but daunting vastness of the Eastern Cape to St Matthias Mission where Christianity chafes against traditional Xhosa beliefs. He is instantly entranced by the lovely and wilful Frances Farborough, daughter of the priest under whom he is to serve – but she is promised to another. Frances and her brother Crispin have grown up with Benedict Matiwane, a Xhosa orphan taken in by the mission. They are inseparable friends but Benedict is caught between two worlds, the mission and the surrounding community who revere the shades (ancestors). When Benedict falls in love with beautiful Nomakwezi Pumani, her family reject him, this boy of no ancestry – and then an act of heinous racism rebaptizes him as an activist. As Walter enters their world their lives are all about to implode. A series of tragic clashes – of different Gods, colonial wars, dispossession, natural disasters and the beginning of gold mining with its voracious hunger for labour – reverberate into our characters’ lives whilst they grapple with forbidden love, betrayal, rebellion and the weight of guilty consciences.

Aside from the South African projects there is also a Kenyan finalist.

The Drama Series Pitch is open to early-stage projects from established producers and distributors from all corners of the world. The Pitch competition takes place at Content London, one of the world’s premier drama conferences. Content London features a programme with over 250 speakers across more than 50 sessions. From commissioners, producers, financiers, technologists, agents, writers, and other key players in the value chain, it focuses on the top trends that shape the business.