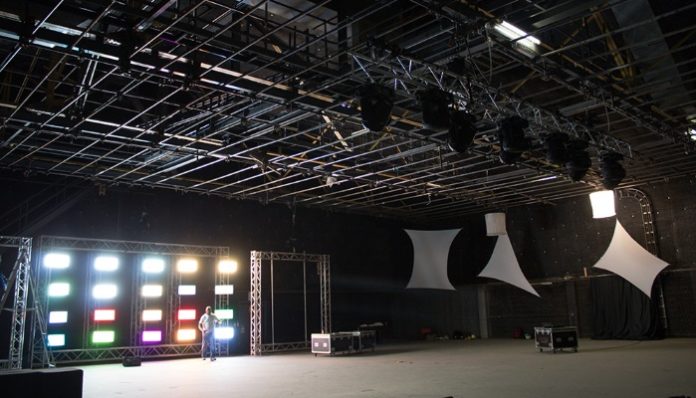 Recently, the company has been involved in some exciting international and local projects, from M-Net’s television adaptation of Deon Meyer’s best-selling novel Trackers to the most recent instalment of the Maze Runner film franchise.

Screen Africa caught up with Monde Mkhontwana and Ingrid Williams to find out more about the Cape Town-based studio facility and why it has become a favourite amongst content creators from all over the world.

Office manager Ingrid Williams, who has been working at the studio for the last fifteen years – and whose portfolio covers a wide range of duties – outlines one of the chief attractions of Silverline Studios: its ideal location.

“We are located right in the heart of Cape Town. So – particularly when we have international clients, for example – the V&A Waterfront is on our doorstep, and the new Battery Park development is right across the road, which provides us with ample overflow parking.”

This area is not only a favourite hang-out for visitors to Cape Town – with world-class shopping, dining, hospitality and leisure options grouped closely together within one safe and vibrant precinct – but is also extremely convenient for production crews, with both essential services (like parking) and recreational activities being readily available.

Monde Mkhontwana – who joined the company in 2017 as an IT engineer before being promoted to operations manager a year later – adds that: “a big advantage of Silverline Studios is how convenient it is for crews of any size. We have immediate highway access and we even have a petrol station located at the back of the studios, where clients can run an account for the time they are on premises. We are also near the Green Point traffic department and the area is fully covered with CCTV surveillance cameras. We have many features that just make life easier for our clients, and this is the area of Cape Town where everybody wants to be.”

Mkhontwana, who describes his role as “looking after clients, meeting their requirements and ensuring that the infrastructure of Silverline stays up to international standards”, shares some details about the different spaces and services that the studio can offer to production companies large and small.

With four air-conditioned studios offering over 11,000 square metres of floor space, workshops, makeup rooms and production offices, Mkhontwana stresses that the Silverline offering “is very flexible and can cater to the individual needs of each and every production.”

Williams says: “Our facilities are updated regularly. We have recently renovated our 3 Port Road building, which has 3,000 square meters of offices and workshop spaces, with covered truck access, and fantastic views from the boardroom and user-friendly technology throughout” – and she describes how Silverline is well-positioned to offer turnkey production services because of its long-established network of industry partners.

“Silverline has extensive partnerships with Refinery – who specialise in post-production – and Media Film Service, one of the country’s leading technical suppliers. Because of these long-term relationships, we can supply quotes and make introductions and create package deals for companies, who enjoy the ability to have all aspects of production managed under one roof.”

Mkhontwana underscores this point. “Having everything on site is another huge advantage for producers. For example, in the case of the recent feature film Maze Runner – everything was done on-site and in-house. This ‘one park’ solution we have developed increases efficiencies all the way through the production chain: there’s no driving around to meet with different suppliers, and all the key stakeholders can work productively in the same studio space.”

It’s been a busy and exciting year for Silverline Studios, with the company overseeing many successful productions – including Scorpion King 5 (Universal), Noughts & Crosses (BBC) and The Kissing Booth (Netflix).

Asked to reflect on their personal highlights from the past year, Williams says: “My favourite was the recent finale for Survivor South Africa Island of Secrets, which took place on the 12th of September. It was a flawless broadcast of the action from inside Silverline Studios, with a large cocktail party event on-site. This one evening showed the full capacity of what we can offer at Silverline Studios: top-quality production and broadcast expertise, as well as a dynamic space where we can make magic happen.”

According to Mkhontwana, “My highlights for this year were the new VW advert and the new Discovery TVC that we shot here in studio. It is so exciting to watch these commercials – which, judging by their quality and production values, would make you swear they were produced internationally – and know they were actually done right here in Cape Town, in the place where we go to work every day.

“To share these experiences with friends and family makes us feel proud and excited for the future,” he concludes.

To learn more about the production home in the heart of Cape Town that Silverline has created, visit their website.