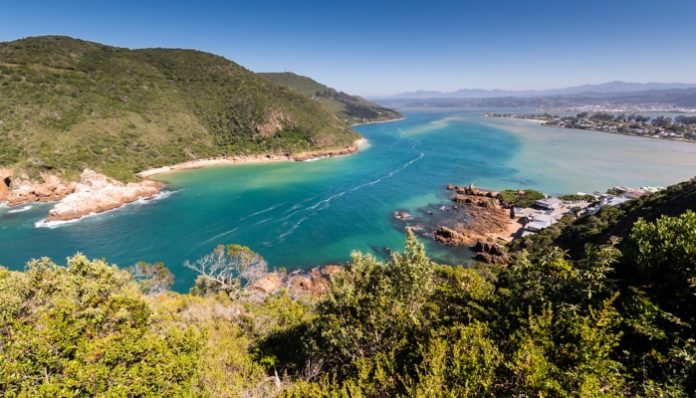 The Garden Route is a tourism gem with much to offer, including hiking trails in Heidelberg and Mossel Bay and water adventures from Witsand all the way to Plett.

The area boasts game farms where visitors can walk with elephants and giraffes. For the wine-lovers and foodies, there’s the Calitzdorp tastings and tours, and chocolates at La Chocolaterie in Great Brak. And to add to its many attractions, the region is now being developed as a premium film destination.

Marais and her team at the newly-established Garden Route Film Office have embarked on a marketing drive to position the region as a premium film destination, “We attended the Durban International Film Festival to market our region and have put together a 30-second ad that will be screening soon on DStv promoting the region,” she comments. “We are also planning to attend and take part in the inaugural Knysna Film Festival (KFF), creating awareness amongst our communities of the opportunities the film industry holds.”

Lika Berning is part of the Garden Route Film Office board and founder of iKasi Media, which offers film training programmes for unemployed youth from rural areas in the Garden Route. “We offer a 3-months NQF Level 4 training programme in Film, TV and Digital Media targeting unemployed youth. Our mission is to bring access and real transformation in the film industry. We focus on accessible skills like using your mobile phone to create content and practical, industry-linked skills to prepare learners to be on set. We also place learners on local and international productions in the region,” shares Berning.

In June this year, iKasi Media held a graduation ceremony that saw 22 of its learners graduate, with some selected to work at the Knysna Film Festival this year where four short films made by iKasi student directors will be screened.

“These [student films] can be seen on our YouTube Channel – iKasi Creative Media. We are also hosting screenings in the Knysna community for audiences who do not have access to the festival. Our line-up includes Mama Africa, a documentary about the life of Miriam Makeba by Mika Kaurismäki, and Have you Heard from Johannesburg: Oliver Tambo by Connie Field. These films are supplied by AfriDocs,” explains Berning.

iKasi Media has also partnered with KFF to offer workshops to young people at the festival. “We will be running a five-day orientation programme to introduce the youth to career opportunities in the Film and Television industry. The training includes an overview of the script to screen process, Mobile Journalism and Set Etiquette,” shares Berning. “The programme is part of our recruitment and selection process for the MICT Seta accredited training, which takes place in Thembalethu George.”

Patrick Walton is an advocate of the Garden Route’s potential as a film destination and festival director of the Knysna Film Festival, which is gearing up for its first edition this October: “The Garden Route is an emerging area for film production, skills upliftment and development; what better way to raise awareness of what it has to offer than to bring the industry to experience it for themselves?” says Walton.

According to Walton, the inaugural edition of the festival has received industry-wide support and interest from filmmakers around the world: “We are enthused by the reception we have had from around the globe. Our profile on FilmFreeway has had submissions from 21 different countries and we are now about to reach just over 100 submissions. Most notably, a number of producers have approached us directly asking to submit their film, which is a good sign that there are conversations about the festival happening already.”

Additionally, the festival has had over 20 submissions from film schools and has recruited 12 interns who will be shadowing the organisers during the festival.

While financial support for a first-time event can be challenging, Walton has opted for a barter exchange system with a number of businesses in the Garden Route. The festival has also managed to confirm sponsorship deals with the Garden Route Film Office, Knysna Waterfront and the Film and Media Promotion arm of Wesgro.

“We are still awaiting a few outcomes from other contributors we have approached – but irrespective the Knysna Film Festival is a go,” assures Walton.

The Knynsa Film Festival will be taking place from 29 October 2019 until 2 November 2019 at venues in and around the Garden Route, Western Cape.