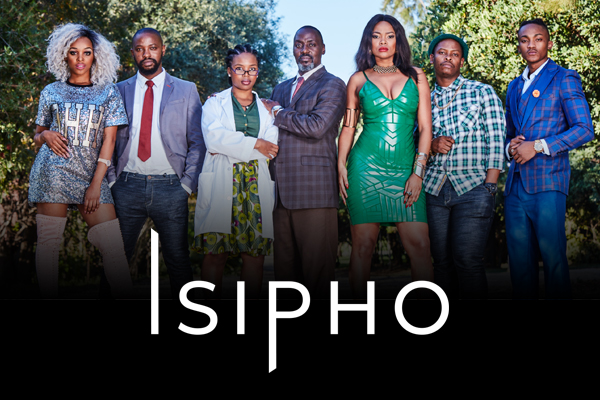 From rainmakers to diviners and traditional healers, Africa is well-known for its belief in and ties to the supernatural world.

Isipho is a fictional tale that follows a group of young people with supernatural powers who are recruited to an Academy where they are taught to use their gifts for the betterment of the world.

Produced for e.tv by Herbert Hadebe’s HerbVision Multimedia in association with The Ntintili Factory, production on the lengthy 208-episode series began with an intense research phase which saw Busisiwe Ntintili – founder of The Ntintili Factory and executive co-producer of the series – and her writing team interview numerous South Africans who work in alternative healing and creative therapy.

Casting took place earlier this year in Johannesburg, attracting new and well-known actors from across South Africa. Renowned television personalities Themsie Times and Nimrod Nkosi were cast in the roles of Gogo Nqobile and Moses Shezi, respectively. Other noteworthy talents who make a comeback to the small screen with iSipho include Thobani Nzuza as Lwandle, Saint Seseli as Pastor Rametsi, Sparky Xulu as Mpendulo, Wandi Chamane as Nomzingeli and Karabo Maseko as Neo. Additionally, the series introduces two new faces to South African viewers: Precious Ngidi as Ntombi Shezi and Mbalenhle Mavimbela as Tandzile.

Isipho follows Moses Shezi, a professor, husband and father who possesses a special gift that allows him to see into the future.

Ntombi, a research scientist working for large pharmaceutical company Impilo Labs, is Moses’s only child. When Ntombi discovers that the company she works for is selling potentially harmful pills, she begins a crusade to get the pills removed from market and, by doing so, puts her life in danger. Moses begins having visions of his daughter’s impending death and is desperate to ensure that they do not become a reality. This sends him on a quest to find the four individuals who appear in his vision of Ntombi’s final moments. Upon finding them, Moses learns that they too possess supernatural gifts.

“Isipho is not just about people who can predict the future or lift heavy objects, or feel other people’s pain,” comments Nintili. “The gifts are really a metaphor for the talents and knowledge that Africans have possessed since ancient times.”

Shot in Muldersdrift and Johannesburg, principal photography on Isipho began in May 2019 and is expected to finish in early 2020. The series is being shot on the Sony FS7 camera, which happens to be executive co-producer Herbert Hadebe’s go-to camera for most of his shoots. “We wanted the Isipho look and feel to capture the mystical, magical realism tone of the series, while still operating in a modern world that audiences can connect with,” comments Hadebe. “I have personally fallen in love with the Sony FS7 paired with prime lenses. This allows you a cinematic look while still delivering a full high definition, glossy and crisp feel for happy prime time viewing.” Rush Post is handling the edit while audio and final mix is being done by On-Key Sound Studios.

Episode one of the series aired on 1 July 2019 at 18h30 on DStv Channel 194. The series is a half-hour drama airing every Monday to Thursday, with repeats the following day at 14h00. Isipho is also screening on the VIU.com streaming platform.

“The reception to Isipho so far has been extremely positive,” comments Ntintili. “Viewers are delighted to watch something that is quite different in tone and content to what they have been used to…They are finding the characters relatable and already have favourites on the show.”

Overall, Hadebe and Ntintili hope that – through the series – South African viewers will realise that there is a special gift in all of us and that all we need to do is believe in our greatness and our gifts in order to improve our lives.

“We might not be able to predict the future or lift a truck, but we have gifts that span the gamut of human experience. Gifts like empathy, courage, creativity, intellect, invention, entrepreneurship and leadership. These are the gifts our society needs to be able to tackle the issues facing us like unemployment, crime and wealth inequality. These are the gifts our country needs to be able to grow and compete on a global stage,” concludes Ntintili.