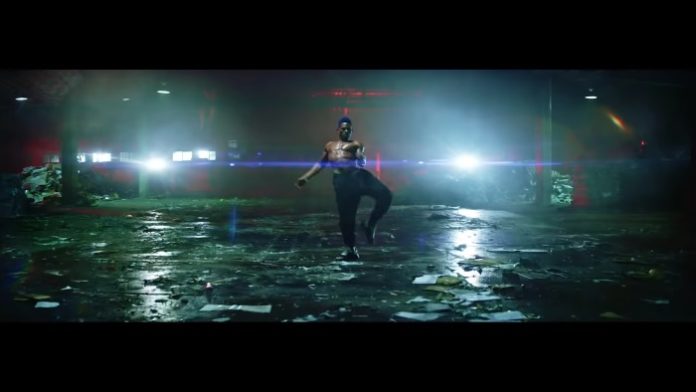 “The youth of today burns into the early hours of the morning, expressing themselves creatively without the boundaries of what their mundane day to day provides. Whether its work or school or making ends meet during the day, the night time is when the magic takes place and this is where we wanted to play – at night, in the heartbeat of this creative awakening,” says Martin Magner, creative director of Andpeople.

Andpeople – a creative agency of youth engagement specialists – has been working with adidas Originals South Africa for over seven years now. Their partnership is inspired by their shared vision of creating value in youth culture through creative empowerment.

“The brief was to establish the adidas Nite Jogger’s unique proposition within the market and the creative process took place within our dynamic team. We are all actively part of this creative awakening – between us we throw nightlife events, teach yoga and make music all on top of our 9 to 5s,” Magner comments.

Durban’s gqom music sensation, DJ Lag, and sultry singer and songwriter, Shekinah, were brought together to create a song and subsequent music video for the campaign. Using the phrase ‘Creative Awakening of the Night’ as inspiration, they were tasked to develop a catchy tune that resonates with young people and encourages dance expression. “Pairing DJ Lag’s nation-moving gqom sound with Shekinah’s hearty, smooth as honey vocals felt like a no-brainer. I’m the biggest fan of an unexpected collaboration, and the collision of these two is something I never knew we needed. Shekinah and Lag both have their unique audiences and together they’re a force,” says Magner about the unique pairing.

The vibey track and accompanying music video – directed by award-winning director Kyle Lewis and shot by Devin Tosselli – is titled Anywhere We Go. The video features dancer Thami Njoko, wearing the adidas Nite Jogger sneaker while expressing himself through dance after dark.

“From the very beginning we wanted the focus to be on the expression of dance as well as the track itself – the integration of the artists is nuanced but present, never overshadowing the dance performance,” comments Lewis. “I wanted to focus on those who are inspired by the music and the emotions behind it rather than do the traditional artists-feature. Both Lag and Shekinah were on the same page as me: it was like after they contributed their creativity, they wanted to pass it on to someone else.”

Lewis says that the brief was open and collaborative, and everyone was given respect regarding their creative process and input in the project: “It was a fantastic process… they allowed me to conceptualise and create the visuals and trusted me completely, which can be rare in this field. It’s always a blessing to be allowed to create in this way as a director.”

Lewis sought the assistance of producer Vjorn du Toit to find a gifted dancer that could execute his vision. After a brief search, the pair found their guy while doing a random search on YouTube. “His control of his body and his knowledge of various different genres of dance was awe-inspiring. He really captivates you and draws you in, which is exactly what I was looking for,” comments Lewis.

Anywhere We Go was shot on the ARRI Alexa and Phantom cameras, paired with Panavision C Series Anamorphic Prime lenses. The shoot took place at night, at a paper recycling plant in Epping, Cape Town. Njoko glistens as he performs, bare-chested and wearing only Adidas track pants paired with Nite Jogger sneakers.

“I wanted to explore dance and how it can express inner emotions without words. I wanted to use sci-fi as a notion of not feeling like you belong,” shares Lewis, who took a creative risk by incorporating the use of VFX to complement the performance. “I am a big fan of in-camera, but for this piece, I wanted to explore more VFX, especially with the sci-fi tone. It was a departure for me but my incredible FX artist and long-time collaborator, Blake Prinsloo, put me at ease.” The pair started the process by doing a full 3D scan of the dancer. More effort was placed on 3D and compositing to achieve the desired look. Post-production was handled by Stephen du Plessis from 2+3 Post Productions in Cape Town.

Shekinah makes brief appearances in the video as television noise captured in an old black and white TV, while DJ Lag appears in the form of a silhouette on the wall, with the lyrics of the song running across him. “With Lag, I wanted him present but in an interesting way. It was inspired by the adidas aesthetic as well as the lyrics of the track,” Lewis shares.

The video was released on multiple digital streaming platforms on 24 May 2019. DJ Lag, who has been working with adidas for two years now, shared about how the brand has been a strong supporter of his music and dedicated the track to all creatives chasing their dreams, saying: “This is for all creatives that never sleep on calling the dream.”