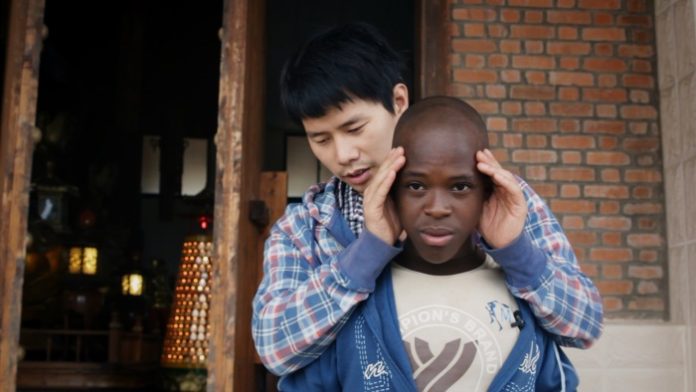 The award-winning documentary, Buddha in Africa, directed by KwaZulu-Natal filmmaker Nicole Schafer, which scooped the Best SA Documentary at the Durban International Film Festival in July, and won an Audience Choice Award at Encounters in June this year, is coming to Cape Town in August. It will be screened at the Silwerskermfees, the Labia Theatre, Tshisimani Centre for Activist Education in Mowbray and Isivivana Centre in Khayelitsha.

Buddha in Africa follows Enock Alu, a Malawian teenager growing up in a Chinese Buddhist orphanage, who feels torn between his African roots and Chinese upbringing. Set against China’s expanding influence on the continent, Buddha in Africa provides a unique insight into the forces of cultural soft power on the identity and imagination of an African boy and his school friends growing up between two cultures.

Buddha in Africa is an international co-production with Momento Films in Sweden, has the Paris based sales company CAT and Docs representing the film internationally and AfriDocs as its African broadcast partner.

The film’s latest Best SA Documentary Award automatically qualifies it for a consideration for an Oscar nomination, as the DIFF is one of the qualifying festivals for the Academy of Motion Picture, Arts and Sciences.

The Silwerskerm screening takes place at the Theatre on the Bay on 23 August.

The Labia Theatre screening takes place on 25 August with the filmmaker in attendance for a Q&A after the event.

The Documentary Filmmakers Association will screen the film at its docLOVE event at the Tshisimani Centre for Activist Education, in Mowbray on 29 August. Those interested in documentaries as well as learning more about the DFA are encouraged attend – entrance is free.

The Documentary Filmmakers Association will present another DocLOVE event at the Bertha Movie House at Isivivana Centre on 4 September – entrance is free.