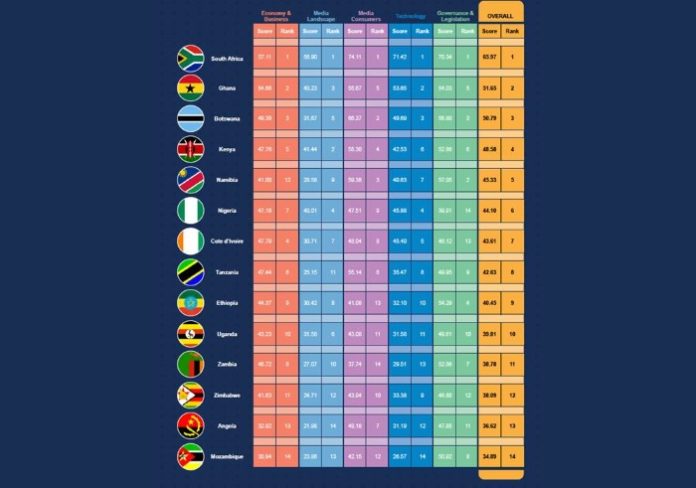 The demand for media investment on the continent of Africa is being driven by an empowered media consumer demanding access to communication, social media, entertainment content, streaming services and mobile commerce.

Group M, in collaboration with In On Africa, released the first Africa Media Index (AMI) report in June to assist global brands and global agencies with investment on the continent, as – despite the abundant opportunities that exist in Africa – it has not yet attracted “significant advertising investments.”

Africa is a continent with the youngest and fastest-growing population in the world, as those of us who live here know all about. We’re proud of the fact that seven out of 10 of the fastest-growing economies in the world are in Africa and that the African Continental Free Trade Agreement (AfCFTA), ratified in May, has the potential to create the largest trading block in the world and transform the continent.

The Africa Media Index has focused on specific categories to provide information to global clients in: Economy and Business, Media Landscape, Media Consumers, Technology and Governance and Legislation, across 14 key sub-Saharan African countries. This is the first report of its kind, and subsequent reports will cover more of the African continent in time, Group M South Africa reported.

According to the report summary, “the African media landscape is a whirlwind of change and activity, and its power can be harnessed by knowledgeable investors and advertisers/” The report describes how mobile phone access, which gives communications access to millions of people and a voice to the voiceless through social media, has opened up societies and influenced governance change like never before seen.

The impact on the media sector, where television and streaming services – including entertainment, sports, news and music – are flourishing, has been profound and there is growth in every sector, including print: “Enabled by the latest technology, investors can meet consumer needs and advertisers can tap into consumer desires,” the report states.

A key point from the report states that: “Africa’s middle class is growing in all countries, and with it, more media consumers. As they become more self-empowered online, the consumers are demanding from their governments better economies to obtain, among other things, more media. Access to media devices has prompted Africans to also demand a wider array of services.”

The AMI report states that Africa’s mobile phone revolution is leading the expansion of media technology on the continent: “Television’s technological transformation from analogue to digital broadcasting is ending, and flat screens and satellite TV dishes are now common. Digital radio requires no additional technology than the computers and smartphones used to access all internet. Coupled with new delivery systems – Amazon is scheduled to begin deliveries using drones in South Africa in 2021 – e-commerce services will expand as the African middle class grows. African technology consumers have the same desire as tech buyers everywhere – to have the latest smartphone models, apps and better broadband through 4G.”

These are the market opportunities identified in the media technology sector:

Of course, there are market challenges to be aware of:

One of the most important points that the research identifies is that the media consumer is the new “king” of the African economy, as the demand for digital media has not been from governments, but from ordinary Africans who find their mobile phones invaluable and regard data as a necessity to access satellite TV and social services such as Facebook.

“Media consumers are powerful additions to the economic performance of countries’ retail and service sectors, and foreign media consumers – in the form of tourists and business people – have ensured good connectivity in places like Tanzania’s game reserves and Zambia’s copper belt. Investors in Africa’s media industries can be assured that African media consumers are the same as media consumers everywhere, perpetually craving better media services.

“While the technological trend is definitely towards mobile devices, there remains a preference for traditional technology when the viewing experience is enhanced by the presence of others – movies seen in theatres and sports and entertainments seen on home or bar TVs. Technological advances in home entertainment systems and cinemas will be welcomed,” the AMI report concludes.