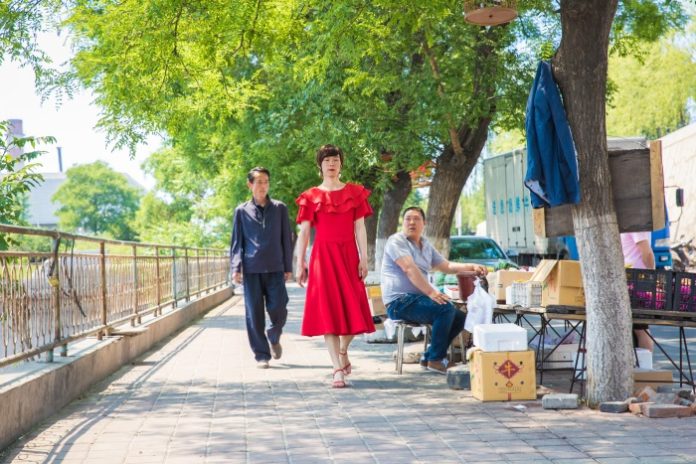 The University of KwaZulu-Natal’s Durban International Film Festival, which wrapped in the City on 28 July has announced that the Audience Choice Award has been given to the Chinese film The Rib directed by Zhang Wei, about a Chinese man who attempts to convince his religious father to accept his transgender identity.

In this feature film, directed, produced and financed by Wei, Li Jianguo, a devout Christian and a volunteer at his church, finds out that his only son, Li Huanyu, plans to have sex reassignment surgery – and legally requires his consent. The close-knit parish regards this as a sin or sickness that can be prayed away, and Li initially rejects his son’s desire to become a woman. But when the flamboyant Liu Mann, one of his Li’s transgender friends, commits suicide in an act of desperation, the old man renews his effort to better connect with his son, leading to a spiritual transformation for both of them.

“We are delighted that a film which provides a voice for the LGBTIQ+ community has found its way to the south of Africa, and not only found its audience but impressed them thus to vote for it as the their best film at the festival,” says Chipo Zhou, the DIFF Manager. “This film is a powerful feature, exquisitely filmed, that touches on so many of society’s taboos from gender and sexual identity to religion and suicide and the intersection of these. Our heartfelt congratulations to the filmmaker for his artistic bravery, and we hope the film gets the recognition it deserves as it progresses along it distribution journey.”

Zhou reports that the Festival was well received this year, with 212 documentaries, features and shorts screened at venues around the city. “The DIFF’s Isiphethu Hub supported by the KZN Film Commission and the IDC was able to provide workshops, panel discussions, pitches and general networking opportunities for emerging and aspiring filmmakers,” she says. “The 10th Durban FilmMart, the DIFF’s partner programme with the Durban Film Office, had a record number of delegates this year – a testament to the growth of the programme and the trust and support by the industry as a whole.”

“We saw a large number of films by first time directors making their mark and taking awards, which we take as a sign that the industry is open to new voices. This is space for dialogue, more so, the home of the development of African talent and it is the festival’s role to showcase and celebrate these films to the best of our ability.”

The festival, which is hosted by the Centre for Creative Arts, University of KwaZulu-Natal, is supported by the eThekwini Municipality’s Durban Film Office, the KwaZulu-Natal Film Commission and the United States Consulate in Durban.