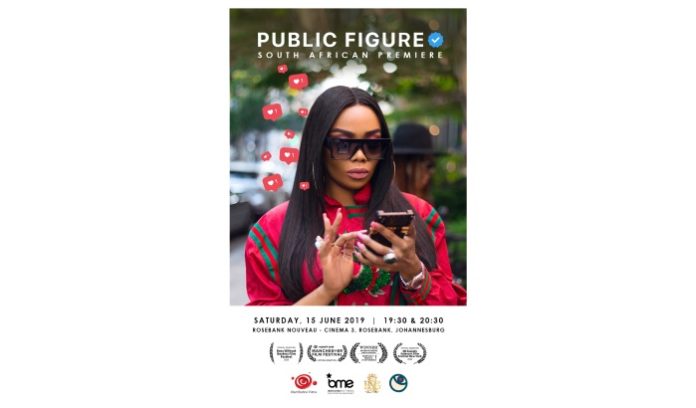 Having recently received the award for Inspiration & Influence at the Global Social Awards in Prague, Bonang Matheba debuted her first film, Public Figure, at the 21st Encounters South African International Documentary Festival, which took place between 6 – 16 June in Johannesburg and Cape Town.

Festival organizers made the film accessible to the widest range of audiences, with screenings held at the Rosebank Nouveau on15 June and at the V&A Nouveau in Cape Town on 16 June.

In addition to Matheba, Public Figure features actress Rose McGowan and internet provocateur Sebastian Tribbie, with an appearance by Denzel Washington, with footage courtesy of CBN.

“Influencer culture pervades every aspect of modern life. For better or worse and everything in between, I really wanted to be part of this film to show the world, especially my fans in South Africa, the scope and impact of social media and the personas we let into our lives every day,” says Bonang Matheba.

“Bonang is the perfect example of a personality who has made use of social media and transcended it. From fashion to her business endeavours, it’s clear that she is more than an influencer, but the connection to the world of social media and the environment in which she has gained her success cannot be ignored. I’m very grateful and excited to show South African audiences and get the reaction of the fans of one of the film’s biggest stars,” says director Brian Corso.

Public Figure has been screened at the Socially Relevant Film Festival New York 2019 in March where it also won the Special Merit award at the Impact Documentary Awards.

Public Figure goes on sale internationally on June 18, when it will be available for purchase or rented via Amazon and iTunes.