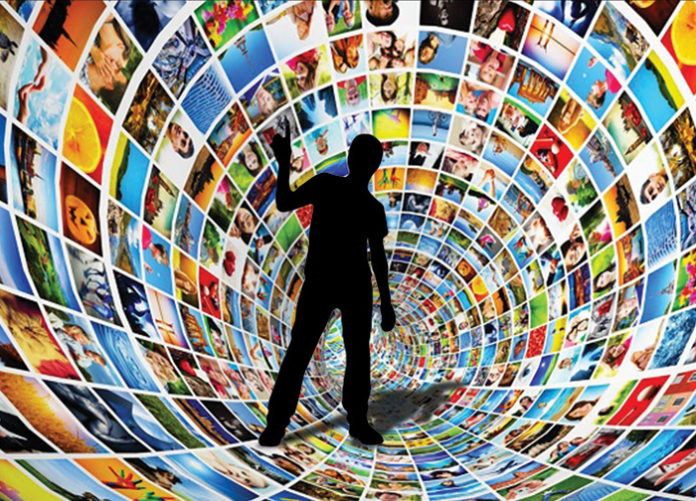 Five trends shaping the film and television industry this year…

In international terms, the biggest story of 2019 continues to be the scramble for VOD market dominance. Netflix have spent nearly $15 billion in the last two years – building a library of about 700 series and 80 feature films, and attracting real luminaries like the Coen brothers (The Ballad of Buster Scruggs) and Alfonso Cuaron (Roma) in the process.

However, Amazon have aggressively started to chip away at this market stronghold. As well as securing exclusive sports streaming rights (including a new deal with football giant the English Premier League), it is reported that “Amazon CEO Jeff Bezos sees quality movies as helping to build his brand.” The company’s leader has previously remarked: “We get to monetise that content in a very unusual way: when we win a Golden Globe, it helps us sell more shoes” – a comment that, perhaps, foreshadows the inevitability of Amazon being a serious contender for VOD market leader in the near future.

On the local front, although local streaming service Showmax is producing critically-acclaimed Original series – with a clutch of SAFTA nominations already earned for Tali’s Wedding Diary – the South African VOD market is still developing as a commercial prospect. A January 2019 report from TechCentral states that: “MultiChoice will carry losses incurred by Showmax in the ‘medium term’, but the goal is eventually for the streaming television service to turn a profit once broadband infrastructure in South Africa and the rest of the continent has been built out further to support it.”

As the writers at American Cinematographer magazine put it: “In recent years, series have developed a new form of cinema that rivals theatrical films.”

Dubbed ‘Series Cinema’, this new form has “been enabled by the high quality of small screen cinematography, which is giving a cinematic feel and form to episodic content.”

Moreover, the ability to tell “multi-hour”, complex stories has led to increased psychological depth of characters, and – in the best examples – increasingly enthralling storytelling forms. Dovetailing perfectly with this is the ability to binge-watch series cinema: an immersive mode of consumption to suit an immersive medium.

With the Showmax Original The Girl From St. Agnes breaking viewing records after its release on the 31st of January this year, it is clear that locally-produced series cinema will be hot property in 2019.

The Nostradamus Report for this year – produced by a panel of experts at the Goteborg Film Festival – predicts that we will continue to see increased (and long-overdue) gender parity in film and television productions. Although South Africa is blessed with some high-profile female talent, it is sobering to remember that up to 75% of key positions on film and television productions are regularly filled by men.

The report indicates that this social movement towards greater equality of representation – popularly known as Time’s Up (or #TimesUp) – is being driven both by industry players, “who are organising themselves to put pressure on decision-makers”, and audiences, whose advocacy is making production companies have to “decide to gamble the box office on maintaining the status quo.”

However, the report indicates that although change is occurring, “the abysmal starting situation means that reaching full gender parity will take rather more than five years.”

Related to this issue of production standards is the growing disparity between the viewing experience of TV compared to theatre.

In strict technical terms, modern (and increasingly affordable) UHD televisions have a more extensive colour space, a greater dynamic range and are capable of higher frame rates than most cinema screens – leaving American Cinematographer to assert that “the situation of movie theatres today evokes the 1950s, when the studios introduced anamorphic lenses to offer wider spectacles than what people could see on their televisions.”

However, as Wendy Mitchell for Screen Daily points out, theatres still have a role to play in the “experience economy” – and, through their ability to offer communal viewing experiences, can help “transform premieres into milestone cultural events.” This “fightback” on the part of movie theatres was memorably seen at the beginning of last year, during the release of Black Panther, and – just a month ago – local crime caper Matwetwe excelled at the box office on the back of an effective social media campaign that featured buy-in from megastar music DJ Black Coffee.

As the Goteborg Film Festival’s Nostradamus Report asserts: “In the digital world, especially for TV, the distinctions between linear and library services, as well as between free and premium brands are blurring.”

In part, this is a symptom of the frenetic and often confusing world we live in, where news broadcasters, politicians, information providers and entertainers all vie for our attention simultaneously – and invariably, by trying to ‘engage’ us on social media platforms.

With barriers to entry for broadcasters being lowered all the time – for example, the recent development of the Micro-Enterprise Media Engine (MEME) mobile technology platform by South Africa’s Council for Scientific and Industrial Research (CSIR) – our timelines are sure to be full of more things to watch in 2019 than ever before.

As the writers of the Nostradamus Report point out, this has huge implications for distribution and promotional strategies. Especially for smaller players in the industry, “As the competition is not for sales or box office dollars, but for audience attention, relevance will be as important as quality and production value.”

Be on the lookout this year for promotional campaigns that, like the films they are in service of, “tell stories about the world we live in” and “demand to be heard in the here and now.”