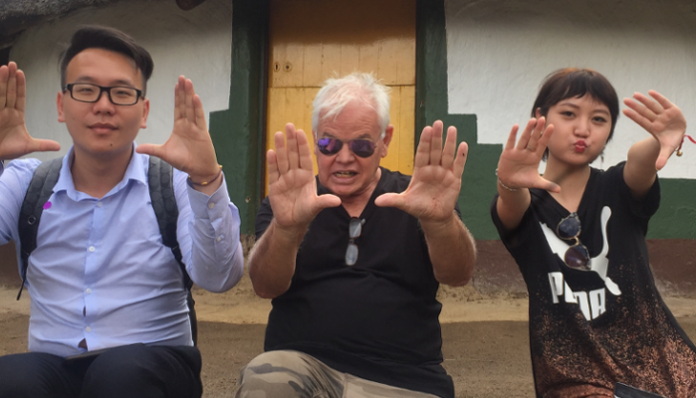 The first-ever co-production between South Africa and China – a conservation-inspired story entitled A Pair of Golden Wings – is in advanced stages of development.

With Darrell Roodt set to direct and Murray Clive Walker slated for a starring role, the project represents an exciting partnership between the two BRICS countries.

A Pair of Golden Wings is largely set in China’s Qinghai Province, situated in the northern foothills of the Himalayas, as well as the northern wetlands of Gauteng. It tells the story of a conservationist who strives to protect China’s endangered red-crowned crane. When she comes across a blue crane with a South African tag, she decides to return the bird to its original nesting-ground.

“In the future, we hope to shoot more films that communicate to the world the beauty, charm and ethnic diversity that these countries possess. China and South Africa have a good political relationship and we want to strengthen it through this kind of cultural storytelling,” says Murray Clive Walker, who is also acting as co-producer of the film.

Walker explains that he set up Colony Films “six months ago, with the express purpose of doing a co-production with China. I got back to Johannesburg at the end of 2017, after working in China for 14 years, and it was a question of deciding to ‘do what I know.’ It occurred to me that I could leverage my Chinese resources and the experience I had of working in both countries.”

Walker continues: “I was in conversation with producer Jin – who I met about seven or eight years ago doing another movie – and he was on the lookout for a top director for this project of his. I told him I knew Darrell Roodt, who is an Oscar-nominated director – but the more we spoke about it, the more we both realised it would be ideal to make it a co-production.”

Providing an update of the progress of the project, Walker explains that “we have completed the first stage of three. We have just invited two Chinese representatives to Cape Town and Johannesburg to meet with Darrell and producer Greig Buckle at Enigma Pictures – a company which has done great work over the years in production services, including five months on Mad Max: Fury Road. The representatives also visited Cape Town Film Studios, Atlantic Film Studios and Refinery Post Production, and conducted meetings at the Gauteng Film Commission, the Department of Trade and Industry and the Chinese Embassy.”

Walker and Roodt are “currently working on the script to adapt it for the co-production. We need to flesh out the local scenes and make sure we have twenty-one filming days in South Africa – and next we’ll fly over to Beijing in April. There’ll be a whole delegation of us, hopefully with representatives from the Gauteng Film Commission and the DTI, to participate in the official signing of the contract. And after that,” he concludes, “we’ll be able to head into production.”