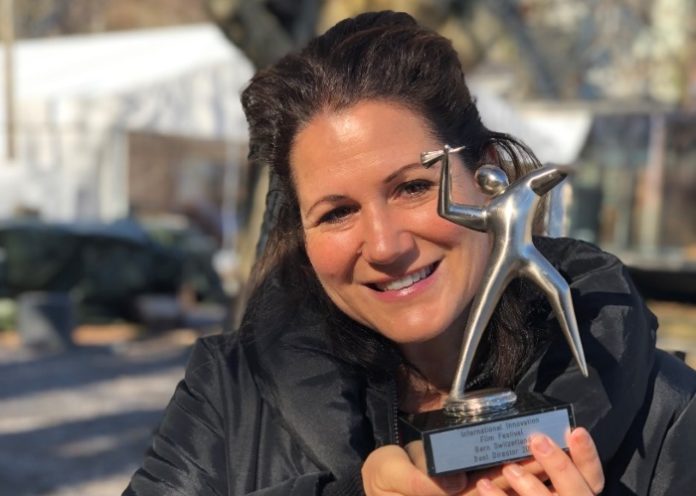 The film tells the story of Alison Botha – an inspiring story of survival, well-known by South Africans and documented in the Penguin Random best-seller book, I have Life.

“I am very honoured to be awarded here, where blockchain meets the creative. Every time there is an award and the blood, sweat, tears, responsibility, passion, good and bad times gets recognised it’s the elixir that keeps one going,” said Uga Carlini.

Deploying a bold mixture of fairy tale idiom and unflinching frankness to tell its story of survival, resilience and triumph, Alison was dubbed “a story of monsters, miracles and hope”. The film also featured on Amazon Prime in 2018.

Carlini has become one of South Africa’s much-loved directors. Her extensive film experience, both in front and behind the camera, has stretched across South Africa, the United Kingdom, U.S., Australia, and Fiji. Carlini founded the 100% female-owned production company, Towerkop Creations in 2010. Based in Cape Town, South Africa, it successfully expanded to Los Angeles in 2018.