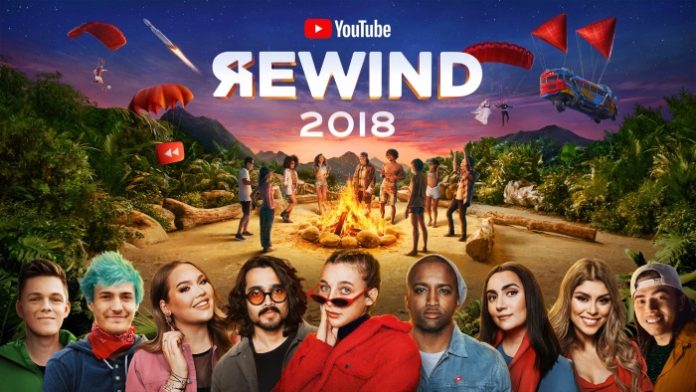 YouTube has launched YouTube Rewind which celebrates the videos, moments and creators who represent the best of YouTube in 2018. Africa’s most watched YouTuber, Mark Angel Comedy, topped the list of Kenyans’ most watched non-music YouTube videos for 2018. The episode titled, ‘Who Died?’ is a hilarious account of Mark Angel trying to find an actor to play dead for a video campaign on the consequences of poor eating habits.

YouTube Rewind is an annual review of videos produced, created, and uploaded on YouTube. It brings together the biggest music, trends and characters from the past twelve months featuring Kenya’s biggest YouTube stars.

This year’s list of trending non-music videos features moments of comedy, sports as well as news and politics.

“This year’s Top Trending Videos are a testament to the adeptness of Kenyan YouTubers in creating content that entertains, informs and inspires their audiences,” says Dorothy Ooko, Africa’s head of Communications & Public Affairs at Google.

The second top trending video in the non-music category was one of a bride and her bridesmaids who danced down the aisle in a departure from the traditional wedding march, while Njugush Ame Nduthika by Blessed Njugush came in third place. The video showing Miguna Miguna’s deportation at Jomo Kenyatta International Airport was fourth in the ranking, while Kanze Dena’s emotional farewell from Citizen TV to take up her new position as State House Spokesperson tugged at Kenyans’ hearts, coming in fifth place. In the sports category, the match between Portugal and Spain during the FIFA World Cup 2018 was the the sixth most watched video. Former US President Barack Obama dancing in Kogelo with his grandmother, Sarah, and half-sister, Auma took the seventh position.

YouTube has also launched more than 300 product improvements to its search and discovery systems last year to help people find even more videos they love. This includes things like the localised YouTube Music charts which captures exactly what Kenyans are listening to every week.

These are the top 10 moments that had Kenyans watching, commenting and sharing in 2018:

2018 was a big year for mainstream celebrities on YouTube. Stars pop up in late night clips and made-for-digital segments like Carpool Karaoke for years; however this year a number of celebs made the leap to start their own channels and truly become creators, harnessing the power of YouTube’s 1.9 billion-strong global audience.

“What is clear from looking at the Top Trending Videos is the ability of creators to connect with their fans to entertain, inspire and educate,” adds Ooko

Collectively these 10 global videos have more than 673M views and were watched for around 50 million hours. The annual Rewind mashup video, which highlights the creators and artists that shaped popular culture in 2018 can be found here.