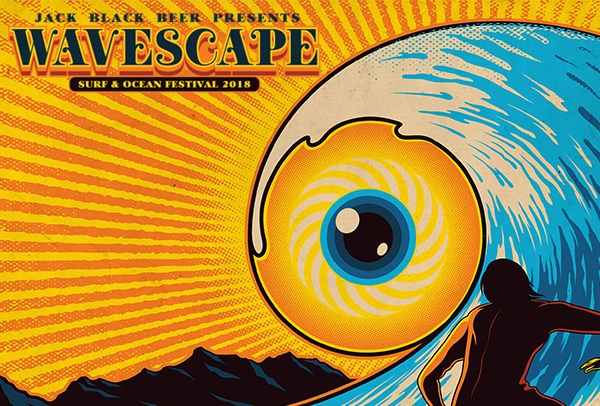 The Wavescape Surf and Ocean Festival will offer a free Filmmakers’ Masterclass this Wednesday, 5 December to boost several initiatives to position Cape Town as a key film destination and location.

The masterclass, which is presented by Wesgro and aimed at aspiring filmmakers, producers, film students and those in the film industry, will focus on what it takes to secure funding, produce and distribute a documentary film.

The documentary genre has seen a resurgence in popularity, owing in part to increased accessibility via the growth of Video On Demand platforms like Netflix, and an audience response to ‘Blockbuster fatigue’ which has seen renewed interest in the documentary format and meaningful stories that reflect the nature and reality of our present lives.

The recent launch of F/LM Cape Town – a joint initiative between the City of Cape Town and the local film industry to promote the City’s amazing locations, diverse talent and world-class infrastructure – solidifies Cape Town as a world-class centre for filmmaking.

Besides its raw natural beauty, the city is rich in culture, diversity and heritage, which offers filmmakers an abundance of content. Curator of the Wavescape Masterclass Christopher Mason, who is co-director of Mason Brothers’ Films, said that you were halfway there if you had a good concept: “These days anyone with a unique idea, a DSLR camera and a laptop, and enough desire can be a filmmaker. The trick, of course, is understanding how to get your foot in the door in a very competitive industry.”

“What makes a good documentary and how does one become a good documentary filmmaker? How has the genre evolved and what are the possibilities for young South Africans interested in the genre? The Masterclass aims to give aspiring filmmakers the answers to these and other questions,” Mason said.

From developing a good idea into an award-winning film; to funding and distribution models; and case studies on the best this genre has to offer, this year’s masterclass aims to provide filmmakers with an immersive roadmap to success.

Steve Pike, co-founder of the Wavescape Surf and Ocean Festival said that the platform laid by F/LM Cape Town and initiatives such as the Wavescape Masterclass could help boost the already booming film industry, and thus reduce the 27.5% of South Africans who remain unemployed. The Wavescape festival, and in particular the Masterclass spoke directly to the F/LM initiative, Pike said.

“Cape Town has it all: amazing scenery and epic locations for adventure sport. Our festival is a key platform to showcase Cape Town as the Adventure Capital of the World while also celebrating the wild ocean and raw beauty around us.”

The CEO of Wesgro, Tim Harris, said that in the 2017/18 financial year, Wesgro’s Film and Media Promotion Unit “managed to secure nine declarations to creating 2,499 full time equivalent jobs – this shows the potential for job creation in this sector”.

“There are many job opportunities in the film and media industry due to the breadth and depth of skills required across the value chain of this fourth industrial revolutionary industry,” he said, also highlighting massive potential for the cutting edge gaming industry.

Several top speakers will talk at the Masterclass, including Jolynn Minnaar, an acclaimed documentary director; Cliff Bestall, who made 16th Man for ESPN 30 for 30 (produced by Morgan Freeman); Karen Slater, a Director / DOP in Sisters of the Wilderness that is eligible for an Oscar;  Khalid Shamis, editor of Strike A Rock; Liezel Vermeulen, producer and film finance expert; Izzette Mostert from the Documentary Filmmakers Association; and Monica Rorvik, Head of Wesgro Film and Media Promotion Unit.

Visit the Wavescape Festival website to book your seat at the Filmmaker’s Masterclass.