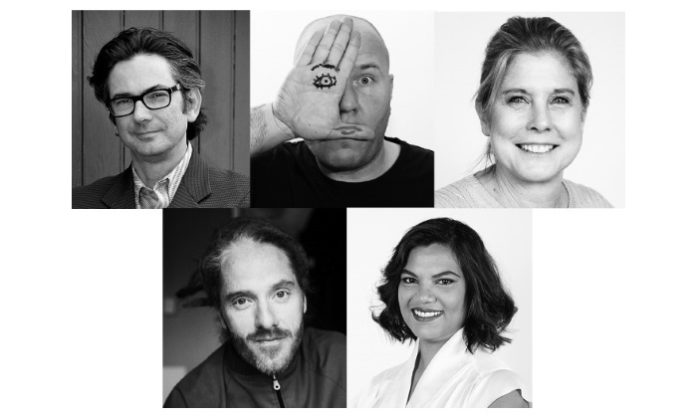 The best of the best of South African and African creatives involved in on-air marketing, branding and design of television and video content on all platforms will converge for the 2018 PromaxBDA Africa conference and awards on 8 November. Across the world, the PromaxBDA awards stand for excellence in the media and marketing space, and are regarded as the most prestigious awards for creative endeavour in the field.

The award-winners will be announced at the culmination of the annual PromaxBDA Africa conference, which is set to take place at The Maslow Hotel in Sandton, Johannesburg on the same day.

As always, the conference programme seeks to inspire and challenge creatives with often unconventional sessions, presented by leading players in the global media industry. PromaxBDA Africa chairman, Tim Horwood, said in his 2018 letter, “This year PromaxBDA Africa seeks to inspire and motivate you with sessions from industry and thought leaders from around the world.”

Lee Hunt LLC is a New York-based consultancy focusing on brand strategy, on-air architecture, competitive analysis, and personnel training for television networks and media companies around the world. Hunt is a strategist, trainer, and industry thought leader. His success in launching and positioning channel brands, in addition to his pioneering work in audience management have set many of the standards for our industry.

Hunt presents an extended and updated version of his annual round up of the strategies, tactics, and creative—from portfolio promos to reverse episodics, to six-second promos in 30 second breaks, we’ll take a look at the new ideas that are changing our business.

Hunt will present the findings of his two-year study on how linear networks are moving viewers to new platforms—MVPD VOD (on demand via set top box), TVE (authenticated viewing on mobile, tablet, PC), connected devices (Roku, AppleTV, Playstation, etc.), and OTT (Netflix, Amazon, CBS All Access, etc.). The goal of the study was to determine the best practices for cross-platform messaging on linear, on-demand, D4, digital advertising and social media platforms from a brand, business and behavioural perspective.

Steve Brouwers is a creative director at SBS BELGIUM. He has been working in television for more than 20 years. Brouwers says that he reads three newspapers per weekend, receives about a 100 mails a day, does too little sports, and has too many friends on Facebook to ask for coffee. He lives in a blended family of six. So he wrote the book Almost everything you have to know about blended families. He is an inspirational speaker who sessions are well attended all over the world. In his “free” time he helps out his wife who has an art gallery in their house in Antwerp, Belgium.

You have to embrace your failures and own them; figure out what went wrong and what to do better next time. Otherwise, you’ll repeat those errors in the future. Acknowledging your mistakes is important in order to move on. Strokes of genius don’t come about because some people succeed more often than other people do. No, successful people just DO more.

Failure doesn’t mean you’re a loser who will never amount to anything in life. Failure is not partial, and it has no favourites. Failure doesn’t pick on special people like you to torment and punish. It is a blind teacher. It’s only doing its job. It is never personal!

When you accept that failure is an option, you will be able to come up with great stuff. And what’s the worst that could happen? Right: failure. But if you already know this and have accepted it, then there is no fear of failure anymore. You can just DO. Don’t get ready. Just get started!

Liz Dunning, has spent much of her career in broadcast marketing, branding and design, working with broadcasters such as the BBC, BT, Disney, Discovery, EMI, Eurovision, ITV, NBC Universal, PBS,  Sony, Sky (in Germany, Italy and UK), Swiss TV, UKTV and Zee TV.

She has had her own agency and worked for many years in senior roles at the pioneering broadcast agency Lambie-Nairn. Today she is a sales trainer and executive coach working with a range of clients including Turner Broadcasting Systems, Harrods and many not-for-profit organisations in the UK.

Session one: Hate the Idea of ‘Selling’?

Whether you like it or not we all sell all the time in our lives – be it getting our ideas approved by our bosses, finding the right partner or posting on social media. So why not get better at this essential life skill? What will then happen – you will see more of your ideas on TV and universally have more of what you want!

Dunning will take you through the ropes of how to sell more effectively, memorably and efficiently.

Session two: Who Wants to Re-Brand?

Is your channel planning a re-brand in the next year? Dunning will take you through a simple step-by-step process with all the vital do’s and don’ts by showcasing relevant, engaging and recent examples of major channel and network rebrands.

With 28 years’ experience in the broadcast industry, Horwood has been involved in multiple facets of the African television, music, events and youth culture space.

He was part of the team to launch the MTV brand in Africa in 2005 and went on to head up the MTV Base brand on the continent. He also served as senior creative director at Viacom International Media Networks Africa where he headed up creative projects for BET, Comedy Central and Nickelodeon in South Africa, Nigeria, Kenya, Uganda, Tanzania, Ghana and Angola. He is currently heading up Music & Talent for Coca-Cola’s 2018 FIFA World Cup Campaign in Africa.

Horwood has developed an in-depth knowledge of audiences in a number of African countries and specialises in the development and management of business, brand and creative strategies specifically within the broadcast, digital and event arenas.

Showcasing creative genius, inspirational thinking and straight-up insanity that should supercharge your work for the next 12 months.

A passionate and award-winning creative mind, success seeker, and respected media professional, Samira Gerin-Singh is fuelled by everything broadcast, from storytelling and content creation, to marketing and audience behaviours.

With over 10 years broadcast marketing experience, Gerin-Singh began her career as a promo producer at a creative agency, winning the first ever PromaxBDA Africa Rocket Award. She went on to become creative director on M-Net Africa and M-Net Series accounts. In 2012, she consulted at an emerging promo company, helping to structure and develop their team and operations, before ultimately joining Fox Networks Group Africa as the head of On Air and Creative.

In this sequel to 1 Movie, 5 Promos, we step beyond the traditional 30” spot. With “disruption” touted to be the new normal, this year’s challenge will push five creative teams to find and use new formats and platforms in the pursuit of eyeballs for Hollywood’s biggest disruptor, Black Panther.

With limited budgets, rapidly growing viewing alternatives and more elusive audiences, how do we get our voice heard above the cacophony of “pick me’s”? Or more fittingly, where do we boldly go that no one else dares? The rules: innovate, explore, take risks and be the creatives you’ve always wanted to be.