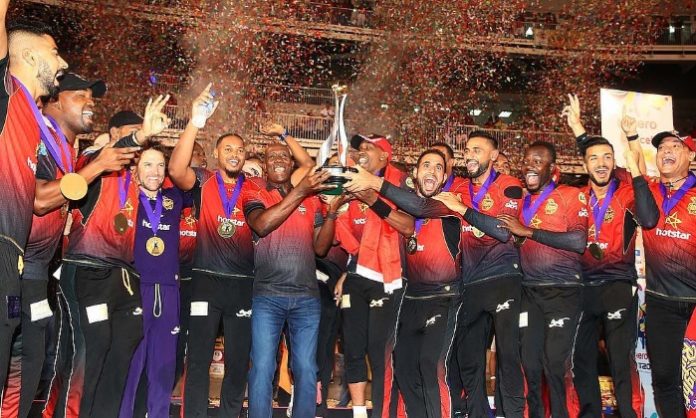 The Hero Caribbean Premier League (CPL) enjoyed a sensational 2018 tournament both on and off the field. The annual T20 cricket series reached over 66 million people with social video clips and live streams delivered through Grabyo, a leading browser-based video production platform.

The Hero CPL engaged fans from across the world by distributing real-time highlights and key moments on social platforms. The tournament also live streamed matches to Facebook and Twitter, including the final between Guyana Amazon Warriors and Trinbago Knight Riders. The live social broadcasts, combined with highlights and clips, helped CPL achieve over 41 million views and 20.8 Million engagements across the tournament.

CPL was able to capture every key moment by creating and distributing clips instantly using Grabyo Studio. With a small team split between the Caribbean and the UK, using Grabyo reduced the time and resources needed to produce clips, allowing CPL to apply custom graphics and branding, whilst optimising the content for audiences on mobile, social and OTT.

Gareth Capon, Grabyo CEO said: “The CPL is such a vibrant and exciting tournament, it was great to work with the team to help convey its raw energy and atmosphere to fans across social media. CPL also has fans from all over the world, growing in popularity year after year, which means many of its fans rely on digital platforms to follow the action. We’re proud that Grabyo can help solve production challenges and increase the scope of video distribution, something which has helped to grow the competition and fanbase across the globe.”

Vishnu Kumar, head of Digital, Hero CPL said: “We have been overwhelmed with the response to this year’s tournament. The party gets bigger every year, with more interest from more players and fans. We knew we needed to focus on ensuring our global fan base could engage with every match, and social video was a great solution to make sure everyone, even those on the other side of the world, feel like they were included in our community. The speed and flexibility Grabyo’s platform offers was key in achieving this.”