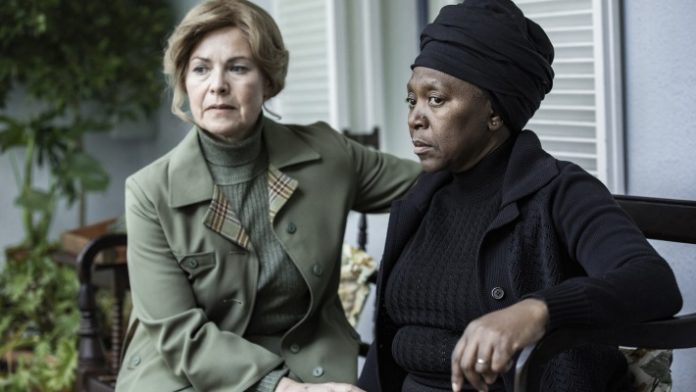 Producer Helena Spring has announced that production on the legacy film, Poppie Nongena, has commenced. The film is based on The Long Journey of Poppie Nongena, regarded as one of the best African novels of the twentieth century. Award-winning screenwriter and playwright Christiaan Olwagen is the director with Vicci Turpin as the cinematographer. Olwagen’s previous work includes the critically acclaimed films, Johnny is nie dood nie, Die Seemeeu and Kanarie.

Clementime Mosimane has been cast in the role of Poppie, alongside Anna-Mart van der Merwe (Die Storie van Klara Viljee, Kanarie), veteran Chris Gxalaba and Rolanda Marais.  Nomsa Nene, who played the title role to rave reviews in the international theatre production of Poppie, joins the cast as Poppie’s mother.

“I’m extremely proud and honoured to produce a film based on such exceptional material” said producer, Helena Spring. “Poppie’s deeply personal experiences, her love for her children and formidable inner courage will inspire young and old, as she draws meaning and purpose from the most difficult moments of her life.”

“The Long Journey of Poppie Nongena is a very important story that needs to be told. It has taken several years to develop the screenplay. We are excited about the formidable production team, and excellent cast, and can’t wait to show the film to Elsa Joubert and the rest of the world” said Karen Meiring, head of KykNET.

Hailed as groundbreaking, the novel was reprinted three times within its first four months of release and has since been translated into thirteen languages. It has won multiple awards worldwide.

Poppie Nongena is made possible through the support of KykNET, M-Net, The Department of Trade and Industry, and Arco Venture Capital, and is scheduled for release in South African cinemas nationwide in 2019.