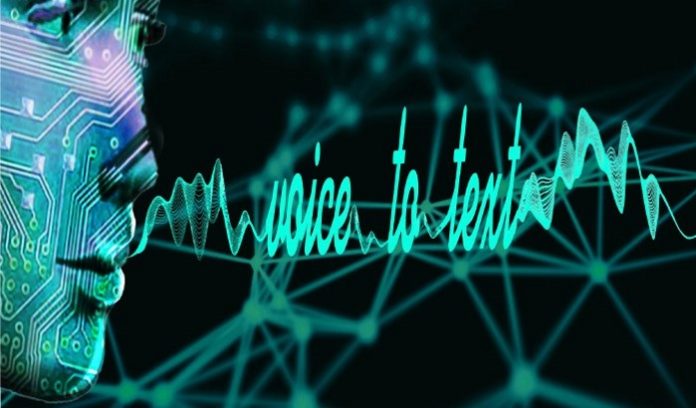 SCREEN AFRICA EXCLUSIVE: A while back I was handed a bunch of very long audio files and was tasked with cutting about 60 hours of interviews, sound bites and voice over down to a 30-minute radio piece. Easy I thought, as long as I could get the material transcribed quickly and at reasonable cost…and there my journey of discovery began.

Voice to text transcriptions have long been used in the media, medical and legal industries, traditionally done by human transcription teams. It’s big business, but turn arounds can be slow and files often need a second error check to make sure the content is accurate. The cost of transcription actually wasn’t a factor in my case – it was speed that I needed, I needed a machine to plough through my audio files and spit out a transcript so that I could search for key words and edit my story together.

Trolling the internet, I instantly found a few options and uploaded the same test file to all of them (as part of my free trials) but had really disappointing results ranging from 25 to about 59 per cent accuracy. Simple words and phrases were being interpreted as something completely different, more complex words like Fakarava Atoll came back as expletives! At first I thought that as the majority of interviews were heavy New Zealand accents that might be the problem but a snippet of the best British accented guest gave me similar results.

Through my work in the video world, I am aware that there is a lot of research and development in the transcription arena utilising Artificial Intelligence (AI). Machine learning works best when it is processing large analysable data sets like text. But most of the data being produced in the world right now is not text, it’s the spoken word embedded in video and audio recording and thus the goal for AI developers to produce a reliable voice transcription process has intensified.

Tech companies like Apple, Google, Microsoft and Amazon are all actively involved in this space and have been researching voice recognition since the 90s and that research has only accelerated with the emergence of virtual assistants like Alexa, Cortana, and Google Voice and Siri. However, most people who use Siri or Alexa would agree that, while those tools do a reasonable job of understanding you, most of us wouldn’t trust them with our lives. I asked Alexa where the Fakarava Atoll was and her response was, “I would rather not answer that question.” (Out of interest it is in Tahiti and is not a swear word!)  A voice assistant like Alexa only needs to work out which, of a predetermined list of vocal commands is being asked, whereas a transcription programme needs to listen for and capture all spoken words and this wider variety of possible inputs and outputs makes it a more difficult task for AI.

Whilst stumbling around for my transcription answers I came across an article published by a team of Data Scientists and enthusiastic entrepreneurs, Ashutosh Trivedi and Anup Gosavi, who recently founded a company called Spext. Trivedi, based in Bangalore India, has deep interest and post graduate expertise in AI and has published his research in many IEEE journals. Gosavi is based in San Francisco and specialises in Design Thinking and Information Visualisation.

Spext describes their company name as a fusion of the words speech and text, and from the outset they looked like they could offer me exactly what I wanted and more. The service can best be described as a combined voice transcriber and media editor. You upload your audio files and the system automatically converts voice to text and displays the result in an edit window where it aligns the audio content with the text accurately and that means you can now do some amazing things with the resultant files. Not only do you get a full transcription of your work but you can edit the transcript, like you would on a word processor and then export the result as a new audio file. Obviously you can’t create new sentences but the ability to edit and output the existing data as an audio file is a huge plus. It looks like a normal text editor and has familiar actions like copy-paste, cut-paste and I found editing by transcriptions on the fly extremely easy. When you are done you export your work as a word document, pdf and/or a new mp3 or wave file or even export your project to professional editing tools such as Adobe Audition, and Final Cut Pro for fine tuning.

The most important result is that the files I used to test other systems uploaded into the Spext system quickly and came back blazingly fast with a resultant accuracy of +96 per cent in my case. The system had even correctly punctuated the transcription, coped well with proper nouns like the names of fish species and fishing techniques but…it too also battled with transcribing Fakarava (expletive) but at least recognised the word Atoll. It took no time at all to quickly manually edit any corrections. What could have taken weeks in production will easily get done in a matter of days now, artificial intelligence seems to have finally reached the point where transcription of audio by a machine works efficiently enough to make it viable and as researchers and companies improve and refine their algorithms, it seems evident that transcriptions will become even more accurate and the potential productivity savings of automated transcription will be hard to ignore. Someday soon, we might even be headed towards a world where audio files and text are thought of not as two distinct media types, but as two formats for the same content – as interchangeable – and as convertible  as an .mp3 and a .wav file or a text file and a Word document.

The guys at Spext have used a unique combination of intuitive user experience design, to make it easy for the user, and advanced machine learning that tests the limits of engineering and algorithm design but ultimately creates a product that is easy to use. Their mission is to make voice media intelligent, personalised and conversant, and they are looking ahead to a future where editing, sharing and dissemination of voice content will be as easy and inexpensive as text. So thanks to the power of AI and Machine Learning my job has become so much easier, so much so that I’m going to Fakarava out of here and go fishing! 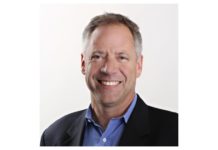 What lies beneath: How data transfer enables AI 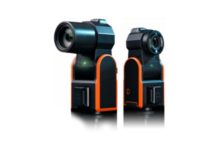 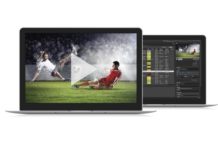