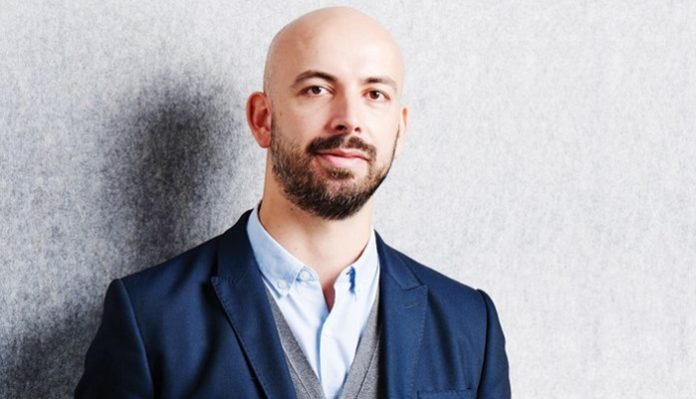 SCREEN AFRICA EXCLUSIVE: The South African and African animation industry as a whole has been booming in recent years, winning numerous awards, travelling further than ever before and expanding every day. Screen Africa chatted to Alexi Wheeler, VP of Animation Production and Development at Nickelodeon to get his input on our industry.

HOW HAS THE LANDSCAPE CHANGED IN THE AFRICAN ANIMATION INDUSTRY IN THE PAST FIVE YEARS?

There is a lot more happening than has been before; the nature of the projects coming out of Africa resonates more globally. South Africa has always had a very creative scene which has allowed us to tap into for content. Local animators are definitely more visible in the international landscape. This is an encouraging trend because there is a need to continuously invest in, grow and develop the skills and talent in this industry.

WHICH TRENDS, IN YOUR OPINION, ARE CURRENTLY DOMINATING THE GLOBAL ANIMATION INDUSTRY?

Globally the trends for the next five years are: Shows that are grounded more with fundamental principles such as family, friends and that relate more to the environment of home and school. There is a definite rise in local content around the world which is translating to a more glocal audience.

WHAT ELEMENTS ARE CRUCIAL IN DEVELOPING A SUCCESSFUL ANIMATED SERIES FOR YOUNGER VIEWERS?

We like our projects to contain three main elements: Broad, Simple, and Emotional. Broad meaning that kids all over the word can relate to it and also find it funny. Simple being that the idea is not over complicated, and is accessible and explainable in a one liner. Emotional meaning it provides a firm connection to the viewer giving them someone to root for and care about.

HOW DO THE SOUTH AFRICAN AND INTERNATIONAL AUDIENCES COMPARE – SIMILARITIES/DIFFERENCES?

Kids today have an altogether different attitude towards entertainment – one that puts a premium on more new content and on-demand viewing. Similar to global markets, family remains the bedrock for kids and is their number one source of happiness. It’s important that our content embodies this value.

WHAT SETS SOUTH AFRICAN ANIMATORS AND CONTENT APART ON THE GLOBAL STAGE?

The story telling format of the local market is by nature very authentic, clear and honest, creating a distinct voice in the region.  Because of the diversity of the African continent, there is an opportunity to create and share these stories on more global platforms.

CAN YOU SHARE SOME OF THE EXCITING RECENT PROJECTS COMING OUT OF SA?

Yes, MooseBox is one of two first international short form animated series to come out of Nickelodeon’s annual Global Animated Shorts Programme, designed to identify and develop original comedy-driven content for kids. MooseBox, a 20 x 90-second episode order, was created by Mike Scott from South Africa, with the short form series produced by Johannesburg-based studio Mind’s Eye Creative. The original short was produced by Cape Town-based Triggerfish Animation. Moose and CatBox (AKA ‘MooseBox’) are two best friends who need each other as much as they need to play, explore and survive the unpredictable video game world called The Cube.

MooseBox, along with another international short form animation was chosen out of 850 global pitches.

HOW DO YOU SEE SOUTH AFRICA FURTHER DEVELOPING AS A GLOBAL PLAYER IN THE ANIMATION INDUSTRY?

I think South Africa is already highly recognised and already considered a global player in the animation industry with the likes of Triggerfish being nominated in the 2018 Oscars in the animation category for Revolting Rhymes. Sunrise Productions has also already garnered huge success in the Asian market with their popular Jungle Beat animation series.

HOW DO LOCAL FESTIVALS SUCH AS THE CAPE TOWN INTERNATIONAL ANIMATION FESTIVAL BENEFIT THE INDUSTRY?

The Cape Town International Animation Festival (CTIAF) provides the opportunity for creatives, industry, broadcasters and government to collaborate and explore ways to work together. Most importantly it allows us to get the message out to students and up and coming creative, exposing them to the incredible talents and opportunities that the market offers.

More importantly, the student awards which we participated in for the third consecutive year at this year’s CTIAF – which took place in March 2018 – sponsors a prize for two students to participate in a two week internship at our Burbank studios in the USA. Our continued commitment to this award is indicative of Nickelodeon’s commitment to creating platforms which contribute to and uplift Africa’s youth and society along with the opportunity to showcase young animators internationally.

This market has tremendous opportunity and Nickelodeon is committed to growing and nurturing the industry.