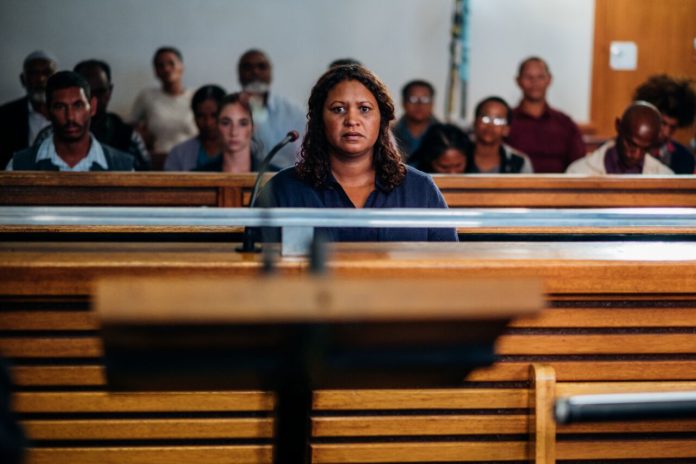 Ellen, Die Storie van Ellen Pakkies, which delves into the psyche of a family destroyed by drugs, in one of the most dangerous local communities, has been selected as the opening film at the kykNET Silwerskerm Festival on 22 August 2018 at The Bay Hotel in Campsbay.

“We are truly honoured that kykNET Silwerskerm Festival has chosen Ellen’s story to open the festival. This film speaks and highlights the plight of so many who are suffering”, says executive producer, Paulo Areal.

The heart-wrenching story of Ellen Pakkies caught the attention of people around the globe when she was accused of murdering her drug-addicted son, Abie, in 2007. While the court case that followed kept people on the edge of their seats, the film adaptation promises to do the same, and so much more!

Award-winning director, Daryne Joshua, best-known for his debut film Noem My Skollie, alongside producers Schalk-Willem Burger and Paulo Areal, is at the helm of this impressive project. The script was crafted by Amy Jephta, with input from Ellen Pakkies herself. Pakkies also helped recreate scenes for the movie, which was shot in her home, to ensure that they are as authentic as possible.

Jill Levenberg, who has played several parts in films and on television, including Genadekans, Noem my Skollie, Leemte, While You Weren’t Looking, Abraham, Bekkies Gevind, As Ek Huistoe Kom, Fluit-Fluit, Atlas, Uitvlucht and the popular kykNET soapie, Suidooster,  is brilliant in the role of Ellen Pakkies and did a lot of research to make her interpretation as honest and accurate as possible.

Jarrid Geduld plays the role of Ellen’s son, Abie. “It is always a challenge to tell someone’s true story, especially one that is so relevant. I lost a lot of weight and really tried to get into the character in the hope that it would provide some insight into what goes on in the mind of an addict,” says Geduld, known for his roles in local and international productions such as Black Sails, Zulu, 10 000BC and A Lucky Man.

This gripping true story was produced by The Moving Billboard Picture Company in collaboration with M-Net, kykNET Films and the Department of Trade and Industry (DTI) and will be distributed by Filmfinity (Pty) Ltd. The film will start showing countrywide from 7 September 2018.