TechCentral reported that a consortium co-founded by Riccardo Spagni, the South African blockchain and cryptocurrency expert who is lead maintainer of monero, has announced a new open-source blockchain protocol built specifically for digital assets.

The idea behind Tari is to “redefine the digital asset experience for both businesses and consumers by making these assets easier to manage, transfer and use”, the company said in a statement.

Plettenberg Bay-based Spagni is well known — and highly regarded — in global cryptocurrency circles as a member of the monero core team, which oversees development the privacy-focused digital currency. Monero is one of the world’s top 10 cryptocurrencies.

Tari is headed by Spagni, US-based entrepreneur and angel investor Naveen Jain, and Dan Teree, who built Ticketfly into one of the biggest players in the US ticketing industry before selling it to Pandora in 2015 for $450m.

The company is now hiring a Johannesburg-based team — mainly developers — to build the protocol, which will allow people to “manage and transfer digital assets with more flexibility, enable true digital scarcity and break down the industry-specific silos in which businesses currently operate”.

“Tari is going to fundamentally change the way we interact with digital assets,” Jain said. “Our current world of digital assets is incredibly inefficient and frustrating, and we want to fix that.”

Spagni said that much of the talent needed to build Tari already exists in South Africa, hence the decision to open the office in Johannesburg. “The process of recruiting our team is well under way. Our developers have the opportunity to build a decentralised assets protocol, on top of monero, that will be used by millions of people in their everyday lives.” — © 2018 NewsCentral Media 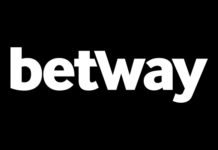 Betway steps into the Esports arena 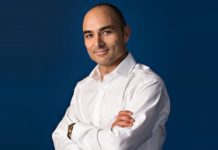