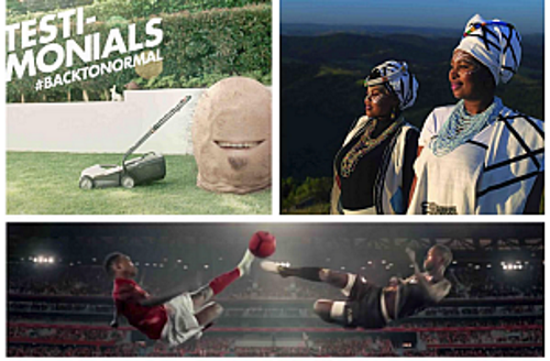 FCB Africa was named Agency of the Year at the inaugural edition of the CICLOPE Awards held in Cape Town this week.

The only festival dedicated to recognising craft in advertising and moving image, CICLOPE has become a platform for directors, creatives, artists, producers, digital creatives and clients to share knowledge, be inspired and celebrate the best work.

“At FCB we believe that great ideas sit at the core of what we do. We’re also very aware that big ideas need great executions for them to earn the recognition they deserve. And that’s why we’re so proud of the team that has won FCB Joburg its CICLOPE Awards,” said joint chief creative officer, Ahmed Tilly.

“A philosophy of creating work that represents a rich, authentic and progressive South African culture and texture drove our success at this first edition of this Festival on the continent and makes the win all the more special,” added the FCB Joburg joint chief creative officer, Jonathan Deeb. “It’s what we deliver for our clients every day, and it is very satisfying for FCB and its talented production partners – The Bomb Shelter and Teboho Mahlatsi, Black Motion, Spirit Motion & African Rhythm Production, DJ Fortee, Figment Films, Bioscope Films, and Markus Wormstorm of Honeymoon Studios as well as many more – to be rewarded for it.”

FCB Cape Town’s chief creative officer, Mike Barnwell then concluded: “Well done to our clients and our creative teams for their passion and commitment to excellence. In the case of Testimonials for CANSA, it has resulted in a campaign that has not only helped so many people, it has done so internationally, with its viral appeal.”