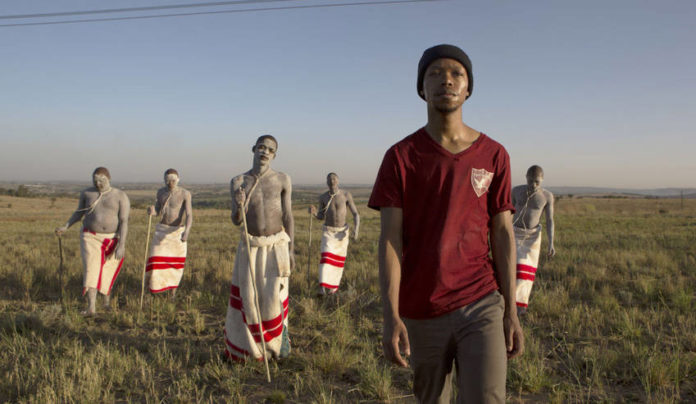 The National Film and Video Foundation (NFVF), an agency of the Department of Arts and Culture notes, with regret, that there have been some violent threats against the film, Inxeba and its cast.  The film producers, fully supported by the NFVF, have laid complaints with the South African Human Rights Commission and the Commission for Gender Equality.

Inxeba tells the story of Xolani, a lonely factory worker, who joins the men of his community in the mountains of the Eastern Cape to initiate a group of teenage boys into manhood. When a defiant initiate from the city discovers his best-kept secret, Xolani’s entire existence begins to unravel.

The NFVF was created to ensure the equitable growth of South Africa’s film and video industry. It works towards doing this by providing funding for the development, production, marketing and distribution of films and also the training and development of filmmakers.

As part of its mandate to promote the South African Film Industry locally and internationally the NFVF provides funding for local films. During the 2016/2017 financial year the NFVF provided funding which contributed towards the production of 52 films, and Inxeba was one of these films.

“It is important that the content we assist in getting produced disrupts and propels audiences to introspect and Inxeba’s focus on important aspects of our culture and traditions while addressing topical issues of identity, masculinity and sexuality does just that. The disruption of the screening of Inxeba should be troubling to all South Africans as it is against the spirit of our constitution.  And I hope that we as South Africans will engage constructively around these issues,” said Zama Mkosi, NFVF CEO.

The NFVF supports the position of the Film and Publications Board (FPB) which has rated the movie 16, advising that it contains scenes with strong Language, Sex, and Nudity (16 LSN).

Furthermore, after a meeting between the NFVF and the Commission for the Promotion and Protection of the Rights of Cultural‚ Religious and Linguistic Communities (CRL), in consultation with the filmmakers and film distributor, it was agreed that the existing disclaimer in the film would be moved to the beginning of the film. The disclaimer states that “the movie contains references to culture, tradition, and religion. Any similarities to any person(s) living or dead, cultural, traditional, and religious mentions are merely coincidental. The events depicted in this movie are fictitious and not suitable for viewers younger than 16.”

To this end, the NFVF condemns the violent threats made against the filmmakers and staff of various exhibition theatres and the hand of the law should be upon those who infringe on other people’s rights to choose and consume local content.

“We as a nation are bound by the constitution which advocates for diversity, we need to all respect and accept the voices and views of all South Africans,” concluded Mkosi.