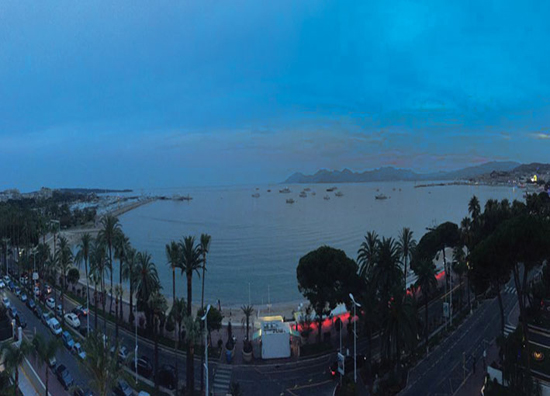 “The common thread between all the award-winning South African work was most definitely that of being authentically African, and showcasing what that means for a country and continent so richly diverse.”

“The new generation of young South Africans, with their unshackled minds and multicultural influences, will play a powerful role in global creativity in the future. Now is the time for Africa, and it is a favourable time to be African.”

From the moment you step onto the Promenade de la Croisette in the city of Cannes, where creatives from up to 100 different countries all gather for the largest international showcase of cinematic art, there is a sense of community, we are all connected.

Once a year, the South of France becomes a meeting place for some of the world’s most talented cinema players, advertising giants, models and innovators who connect through the notion of creativity. Cannes Lions is a place where diversity is renowned and the creative industry as a whole comes together to acknowledge each other’s work and success, but also to look forward, and find out where the industry is headed. We gather to celebrate the power of creativity in business as an instrument for change and unite as one rambunctious dynamic force ready to take on all the world’s challenges.

Cannes Lions 2017 will be a historic year for the South African advertising and production industry, the year that saw Terence Neale become the first South African director to win a Cannes Lions Grand Prix. There was a sense of accomplishment as a nation to see one of our own be recognised on the world’s most prestigious advertising stage, for a piece of work that truly showcased the calibre of talent that can be found in Africa. Neale won in the Entertainment for Music category for Adidas Originals Original Is Never Finished, which becomes a part of a string of award-winning work by Neale. South Africa also made a great show in the Radio category, bringing in numerous awards, with Ogilvy & Mather winning a Grand Prix for their work with KFC.

The mesmerising One Source, a campaign for Absolut, which starred Khuli Chana, Sarkodie, Victoria Kimani and other African musicians, and directed by Sunu took home Gold, two Silvers and a Bronze. The piece showcased the artistic side of Africa and how South African creatives no longer need to look globally for inspiration. Sunu proved that we have all the inspiration needed within our own country amongst the diversity of people that make up Africa. Khuli Chana, Native VML’s Jason Xenopoulos and Ryan McManus, with Pernod Ricard’s Melanie Campbell presented One Source as a case study on the main stage during Cannes Lions, where they explored Africa’s creative renaissance and the various opportunities for global brands to capitalise on the vibrant creative revolution that is taking place throughout the continent.

This celebration and embracing of who we are as African’s was a theme seen across all the award winning pieces of work and people who represented South Africa so well at the festival this year. And if all that wasn’t enough, filmmaker and director Dan Mace broke records by becoming the first South African to win three Young Director Awards. His most recent win for his work with Tusker’s Here’s To The Us In Every Tusker is a beautifully crafted 60 seconder that united Kenya, representing the 42 tribes of the country, through one voice.

The common thread between all the award-winning South African work was most definitely that of being authentically African, and showcasing what that means for a country and continent so richly diverse. Africa is rich in talent and skills, and seeing this being acknowledged on a global stage this year has been very empowering, with work such as the above we are most certainly establishing Africa as a front-runner in the creative industry.

On Friday night, 23 June 2017, Fort co-hosted the South African Party at Long Beach, and nothing brings together the South African community like a good party. Complete with free shots upon arrival, open bar, great music by DJ’s Marc Who and DJ SD and of course a midnight snack of boerewors rolls for all. The exclusive event allowed Fort and partners to mingle with the industries finest, showcasing some of the best work to come out of South Africa in the past year. If you weren’t mingling with guests, or dancing on the beach you were taking a midnight swim in the Mediterranean – networking at its finest.

When introducing yourself and answering the common “Where are you from?” question, we found that there was a general consensus of admiration and interest in South Africa and our creative industry. It is clear through recent work, and the wins from this year, that South Africans are beginning to assert their identity and unique aesthetic in the industry at large. The new generation of young South Africans, with their unshackled minds and multicultural influences, will play a powerful role in global creativity in the future. Now is the time for Africa, and it is a favourable time to be African. Global agencies and brands are seeking to have a connection to Africa, and are open to the many advantages of shooting in our beautiful country and working with our talented creatives.

With the African creative economy gaining momentum, independent agencies such as Fort, have the opportunity to be the hands on the ground building our own brand as well as the collective brand of Africa’s creative industry at festivals such as Cannes Lions. The networking opportunities are endless, and gave each of us the chance to engage in meaningful interactions as ambassadors of Fort. One might think that these midnight conversations might be centred on frivolous topics; this could not be further from the truth though, as we found likeminded creatives are interested in having serious conversations around the creative economy and how its fairing around the world. There was much interest in the global economy in relation to Africa, and the ever-hot topic of female’s in the industry – with the fact that only 3 per cent of creative directors in the world are female being a central theme of conversation.

Cannes Lions is jammed packed with various activities throughout the day and night – none of which you want to miss out on, which means sleeping and eating whenever you can and running on a constant stream of both adrenaline and Rosé. With the thousands of people that frequent this week of creativity, it makes it seem as if the community is too large to comprehend, but come night two or three you recognise one another and fast friendships and connections are built. You might run out of the hundreds of business cards you took with you and end up having to make shift new ones on the spot – without your trusty designer and printer – it might not be perfectly on brand but at least you won’t miss out on meeting and exchanging details.

The collective walk over to ‘Gutterbar’ at 2am with the masses of partygoers allows for the opportunity to meet and mingle with the who’s who of advertising. You never know who you might bump into and what opportunities may come your way. You might find yourself, as I did, having a drink across from Sir Martin Sorrell, walking the streets alongside Demi Lovato, sitting on the side of the street eating pizza next to Bob Greenberg, toasting Lamorne Morris or casually seeing Future coming out of his hotel – and that is the beauty of Cannes.

The celebration of creativity throughout the week puts no limits on what creativity entails and how it is expressed; from Instagram’s live art installation portraits to the Snapchat Ferris wheel, brands made sure to have a presence that would not soon be forgotten. During the day you can find yourself lounging on the beach with YouTube, Google and Universal Studios, or perhaps you would prefer to be sipping champagne on a yacht with ShutterStock. Either way you are stripped of your normal day-to-day routine of sitting behind your desk, glued to your laptop or shuffling to and from meetings. Whether you were attending The Power of The Purse session with Ellie Goulding and Halle Berry talking about women in the creative industries, sitting at Pastis on Rue du Commandant André having a truffle pizza with your new industry connection, or simply walking the Croisette for the umpteenth time, each moment is charged with a palpable energy that can only be found in Cannes.

By Mikhaila Hunter, marketing and communications manager at Fort