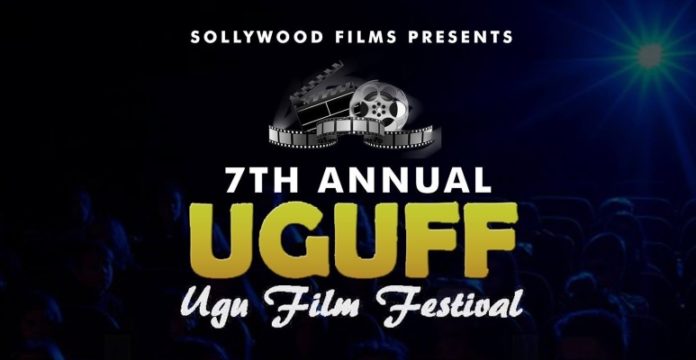 The Ugu Film Festival, hosted by Sollywood Films in partnership with The National Film and Video Foundation, and Ugu South Coast Tourism, is back with a bigger and better programme which will run from 24 – 26 January 2020 at the Margate Hotel in Port Shepstone. The festival’s prominent community outreach feature will be held at Izingolweni – also in the South Coast. The only event of its kind in the district, the festival provides a vital local film development platform giving aspirant and up and coming filmmakers an opportunity to not only gain expert insight and exposure on the value chain of the industry, but also a chance to showcase their craft to potential investors, film enthusiasts and media.

Opening on 24 January with a special screening of the South African film Uncovered, directed by Zuko Nodada, the 7th edition of the Ugu Film Festival will feature a special focus on female filmmakers dubbed ‘Through the Lenses of South African Women’.

Uncovered is a film about young, driven, intelligent Aluta Ndlovu whose ambition to become CEO of a mining company (Shift Inc) clouds her judgment when her journalist sister Pumla Ndlovu informs her about possible corruption. Out of the blue, Frank Drake (Aluta’s boss) wants to sell a worthless mine to the people of Somkhele Village. It is only when Phumla dies that Aluta sees through Frank and figures out what he is up to which drives her to vengeance, not only for her sister’s death but also her people and her own life.

The festival’s headliner will be Durban filmmaker Claire Angelique’s second feature film Palace of Bone. Angelique won the award for Young Artist of the Year (Film) for her feature debut My Black Little Heart at the National Arts Festival in 2010. With her prize money she financed this micro budget thriller about a girl who goes on a killing spree of all those who did her wrong. The film premiered at the 2011 National Arts Festival where eminent art critic Mary Corrigall selected the film as number 3 in her cultural highlights of the year.

“I am very excited by the support the festival continues to receive from its partners, particularly the National Film and Video Foundation and Ugu South Coast Tourism. Through such backing we can continue with our objective which is to empower both the youth and female filmmakers from our disadvantaged communities, opening the doors needed for them to successfully pursue their careers,” says Senzo Zindela, founder and executive director of the Ugu Film Festival.

The event has become a significant contributor to the development of the local economy and tourism sector as the South Coast, known as KwaZulu-Natal’s paradise, is a firm favourite among tourists and with the emergence of the local film industry, is well on its way to becoming a sought after film destination as international crews continue to take a keen interest in the district.

“We are very excited that the KZN South Coast will set the stage for the 7th edition of the Ugu Film Festival – one of our flagship tourism events,” said CEO of Ugu South Coast Tourism, Phelisa Mangcu. “The area is fast becoming a key destination for both local and international feature films and wildlife documentaries, benefitting those in the industry as well as our local tourism establishments. The 2020 festival boasts an impressive line-up and we are looking forward to another fantastic KZN South Coast event.”

Besides the plethora of films, aspiring filmmakers and participants can look forward to engaging and gaining skills from amongst others award-winning South African actor Menzi Ngubane (Kwakhala Nyonini, Generations, Isibaya), international star Simon Kook, Peter Pham from Vietnam, Patrick Garcia from Act Films and Gavin Potter (film music scorer). The communities based in the surrounding areas will be offered opportunities to learn about filmmaking, furthermore enjoy the films that have been scheduled to screen through the Outreach Programme the festival has planned.

For the full festival schedule, visit the festival website.